Hartlepool are investigating a case of alleged racist abuse after Ebbsfleet midfielder Jermaine McGlashan claimed he was targeted by fans at Victoria Park.

McGlashan is one of two Ebbsfleet players who claimed they heard abuse from two different parts of the ground in separate incidents, according to their manager Kevin Watson, during Saturday’s 1-0 National League win.

An anti-discrimination announcement was reportedly made over the club’s tannoy following the second incident, which was reported to the referee.

Class from the few Hartlepool players that came to see how I was today after being racially abused not for the first time in a game, no room whatsoever for it & hope it gets dealt with accordingly! @kickitout

Forward McGlashan tweeted: “Class from the few Hartlepool players that came to see how I was today after being racially abused not for the first time in a game, no room whatsoever for it and hope it gets dealt with accordingly.”

Ebbsfleet manager Watson told BBC Radio Kent: “One would be from our goalkeeper (Jordan Holmes) that came from behind the goal, and one from over the far side of the ground which involved Jermaine McGlashan.

“The two lads have heard what they’ve heard, I can’t say if they have or they haven’t, but I don’t think you report something like that unless it’s happened, that’s my personal opinion.”

The allegations come after Hartlepool were fined by the FA earlier this season for failing to ensure their fans refrained from using racially abusive language during a game against Dover. 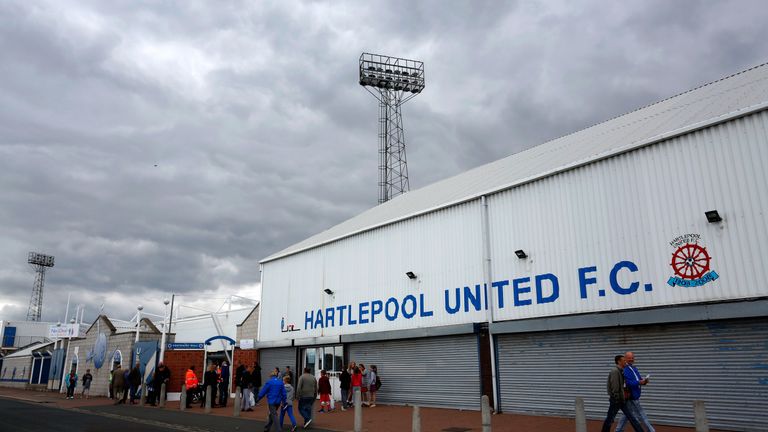 Back in September, Hartlepool were fined £7,500 – including £5,000 suspended for 18 months – and they banned two of their fans from attending matches.

Following the latest allegations, a club statement said: “Following today’s fixture against Ebbsfleet United, we can confirm that allegations of two incidents during the game have been made. It is important to state that, at this stage, these alleged incidents are unsubstantiated and will be subject to a full investigation.

“We will hide nothing in our thorough examination of the facts and will respond to any enquiries from any authorities. As importantly, once we have carried out a full investigation we will identify any action required and, regardless of this, will not be distracted from our commitment and efforts to promote diversity and educate inclusivity.

“Hartlepool United condemn abuse of any nature and we will continue to work closely with the relevant bodies to ensure that Victoria Park is a safe and welcoming environment for all supporters, staff and players.”

On the same day in the Sky Bet Championship, Cardiff fans were accused of singing a discriminatory chant in one of two reported incidents of abuse at Barnsley.