That’s a BALD claim! Lyndon Dykes insists his shaven head proves Scotland are ready for WAR at Euro 2020 and reveals he tried to get all of his team-mates to take the clippers to their hair as well before England draw

Lyndon Dykes says his shaven head proves Scotland are ready for ‘war’ at Euro 2020 but admits he failed in his attempt to get all of his team-mates to follow suit against England.

The QPR striker emerged with his new look at Wembley after taking the clippers to his hair.

And Dykes, 25, believes it helped Scotland achieve the 0-0 draw that means victory over Croatia on Tuesday will likely seal their place in the next round.

‘It was a big game and the boys knew that, when they see me with the shaved head, they know we mean business,’ said the Australian-born forward.

‘The boys loved it because they knew it meant we were going to turn up. I did mention the idea of everyone doing the same thing. Imagine the entire starting line-up coming out all with heads shaved down to zero — I think anyone would be scared!

‘A few of the boys have got bad hairlines, so they weren’t too keen. But it’s really a sign, something that show’s we’re going out to fight. It means we’re going to war.’

There is an expectancy in Scotland for their team to beat Croatia now. How that will affect players who enjoy being the underdogs — as at Wembley — remains to be seen. 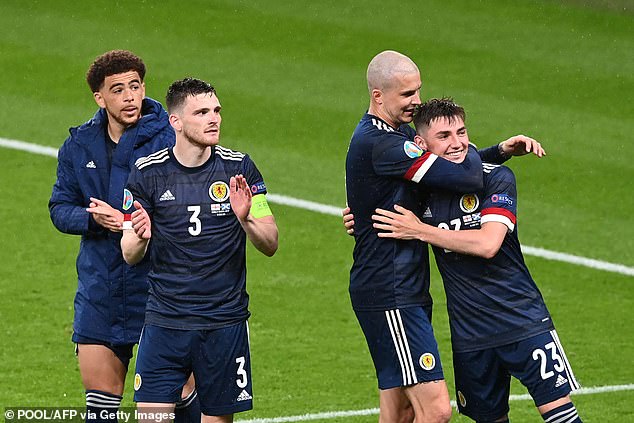 ‘Everyone had written us off,’ said Dykes. ‘Us going in as underdogs is definitely a good thing.’

Meanwhile, defender Stephen O’Donnell has revealed his tactic for getting the better of Jack Grealish after the Aston Villa star came on as sub for the final half hour on Friday.

‘John McGinn had given me some tips,’ said O’Donnell of Grealish’s Villa team-mate.

‘He told me that if he comes on, I need to get nibbling in his ear. But don’t be critical, be complimentary. So the second he came on, I was telling him how good looking he was.

‘I was told if you kick him, he gets back up and at you. So maybe that was the best way!’ 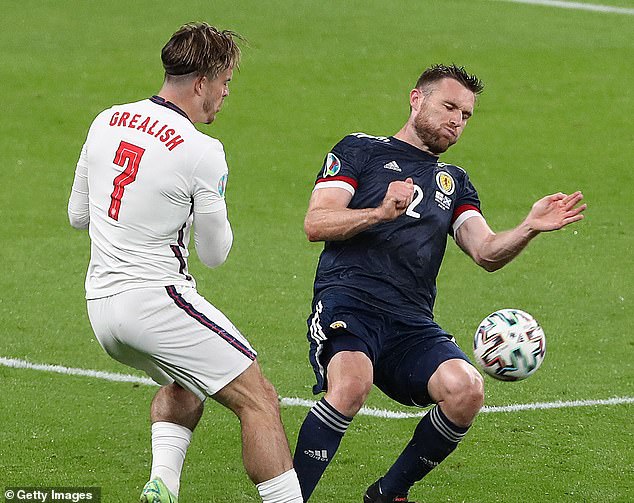