LIVE: Borussia Dortmund vs Bayern Munich – Germany’s biggest clubs contend for their first piece of silverware of the season as Julian Nagelsmann’s side look to win their second straight German Super Cup

Bayern Munich and Borussia Dortmund are set to battle it out for the first trophy of the season in the German Supercup.

The Bundesliga winners face the DFB-Pokal winners with Dortmund looking for revenge after their 3-2 Supercup defeat to their rivals last season.

Unlike in English football presently, both sides come out side by side and we are moments away from kick off.

There will be 25,000 fans in attendance this evening, the maximum number allowed by Germany’s Coronavirus restrictions.

Kick-off is edging closer as the rain lashes down as the Signal Iduna Park.

Three German Paralympians have brought out the SuperCup along with the Bundesliga and the DFB-Pokbal trophies.

It’s very likely that the winner of this match tonight will come down to the battle between Erling Haaland and Robert Lewandowski.

Both men were on the scoresheet at the weekend though Lewandowski beat Haaland with 41 goals compared to 27 last season.

All eyes will be on the two star strikers tonight.

Borussia Dortmund looked particularly lethal going forward at the weekend with Erling Haaland bagging a brace and Marco Reus, Thorgan Hazard and Giovanni Reyna all getting on the scoresheet in a 5-2 victory over Eintracht Frankfurt.

No Hazard for Dortmund though tonight, he is out with a swollen ankle but Dortmund have enough options up front to cause their rivals some problems tonight.

Bayern Munich went 1-0 down early on against Borussia Monchengladbach but Robert Lewandowski salvaged a draw with his 42nd minute goal.

Didn’t look like a typical ruthless Bayern performance but they have the better record in recent times against their opponents tonight. 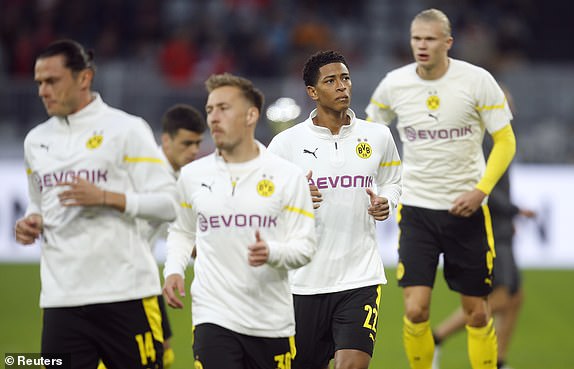 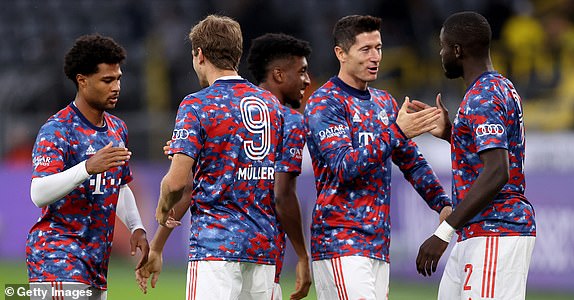 The players have begun their warm-ups and Bayern Munich have been out preparing in a Gerd Muller memorial jersey.

The Bayern Munich and Germany legend died at the age of 75 on Sunday.

Robert Lewandowski of course broke Gerd Muller’s 49-year record for most Bundesliga goals in a season during the last campaign and he will be keen to find the net tonight. 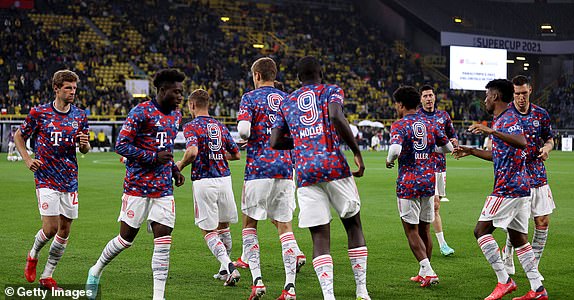 One of the teams will be lifting this trophy at the end of the night.

The game takes place at Dortmund’s Signal Iduna Park and will kick off in just under 30 minutes.

Borussia Dortmund’s counter-attacking was so quick in their opening Bundesliga game even the officials were struggling to keep up with them.

And with Bayern Munich yet to get going under new boss Julian Nagelsmann, Dortmund must fancy their chances tonight with Erling Haaland already in electric form.

In 2019, Dortmund beat Bayern 2-0 but that early August optimism quickly faded into the miserable reality of watching their rivals streak clear to win by a 13-point margin.

Nonetheless – and this has been said in previous years – there is the merest hint right now that the balance of power in German football could be shifting away from Munich to Dortmund.

If tonight’s DFL-Supercup is anything like last year’s clash between the sides, we should be in for a cracking game of football.

Bayern Munich took a 2-0 lead through goals by Corentin Tolisso and Thomas Muller before Dortmund pulled level through Julian Brandt and Erling Haaland.

Joshua Kimmich sealed the trophy for Bayern after 82 minutes with a unique goal you can say as his first shot was saved before he scored with his second when he was falling to the ground. 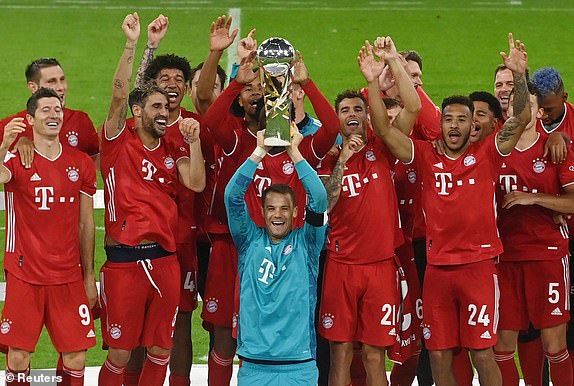 One change for Bayern Munich from the team that drew with Borussia Monchengladbach in their Bundesliga opener on Friday as Leroy Sane makes way for Kingsley Coman.

New signing Gregor Kobel starts in goal for Dortmund while Donyell Malen is on the bench.

Erling Haaland scored in this game last season and as expected he will be leading the line.

Shapes up to be a fantastic night of football, so stay tuned for all the team news, build-up and live updates.