As if making a 4,000-mile round trip to Baku hasn’t created enough problems for the two teams who could face England in the semi-finals of Euro 2020, Denmark and Czech Republic will have to endure sweltering conditions in the Olympic Stadium on Saturday evening.

Even though the match kicks off at 8pm local time in the capital of Azerbaijan, temperatures pitchside are expected to hit the mid-90s.

For two teams whose high-intensity style have been a key factor in their progress to this stage, it promises to make life very uncomfortable. 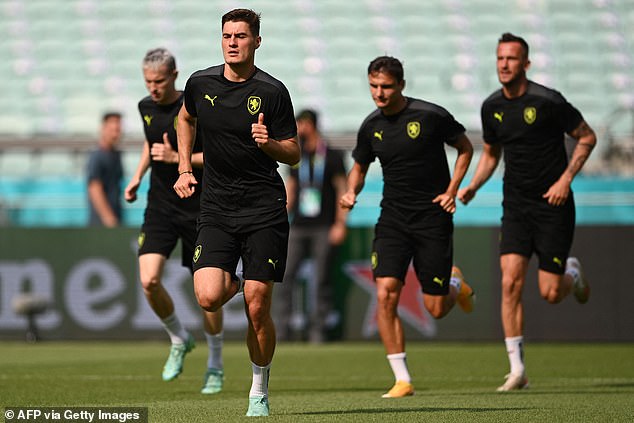 Not only that. Denmark had fantastic support when they beat Wales in Amsterdam in the last 16 — and the Czechs when they overcame the Netherlands in Budapest, but that atmosphere will be rather subdued by comparison with fewer fans able to make the trip.

Danish boss Kasper Hjulmand has already questioned the wisdom of travelling across two time zones to play in a European competition, and he expects the heat to be an issue.

‘It’s going to be significant,’ said Hjulmand on Friday. ‘We have seen that both the Czechs and ourselves play very intensely. They have the same team spirit as we do.

‘We have to make sure we don’t play with the same pace and intensity. It doesn’t mean we have to be less aggressive but it can affect phases of the game.’ 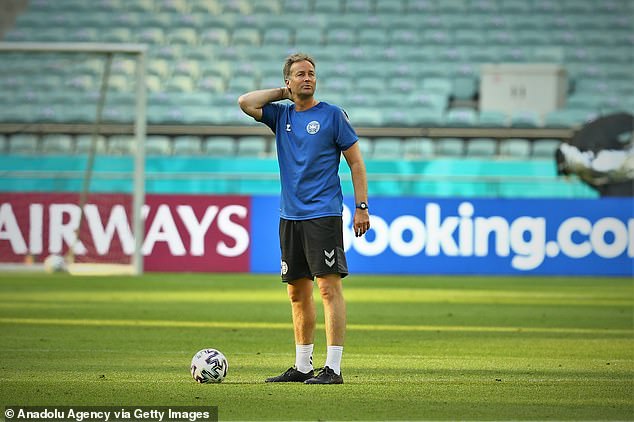 Czech coach Jaroslav Silhavy is concerned about the dry pitch in Baku and regrets more fans won’t be there.

‘Of course, the physios and the medical staff are getting ready for the heat,’ said Silhavy.

‘We did that before playing in Budapest because it was very hot there as well, but it’s different here. In Budapest, having the fans there after such a long time and feeling the full stands of the stadium behind us was amazing. We’re only sorry about the fans not being able to come — we will miss them.’ 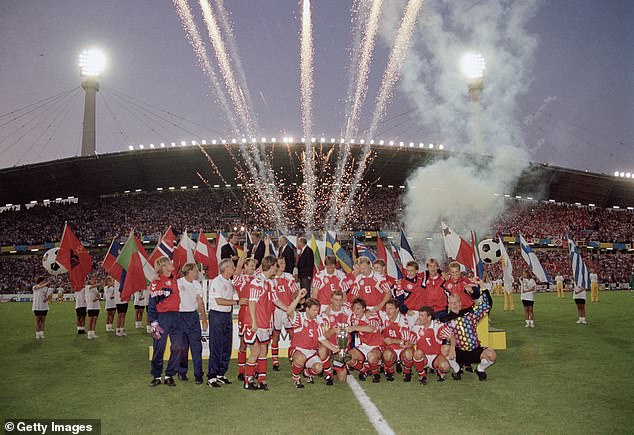 Denmark are looking to repeat their European Championships heroics from 1992

For Denmark, the spirit of 1992 is being felt across the nation. They conquered Europe against the odds then and believe they can do so again after emerging from the trauma of Christian Eriksen’s collapse.

‘We have two dreams,’ said Hjulmand. ‘To win something and to inspire Denmark. Christian Eriksen is still the heart of this team. With that heart and without fear, we will give it everything.’

Goalkeeper Kasper Schmeichel, whose father Peter was one of the heroes 29 years ago, added: ‘Every kid growing up in Denmark knows everything about ’92 and the legend that has been passed on. It is about everything you dreamed about as a kid, everything we’ve been through as a team. 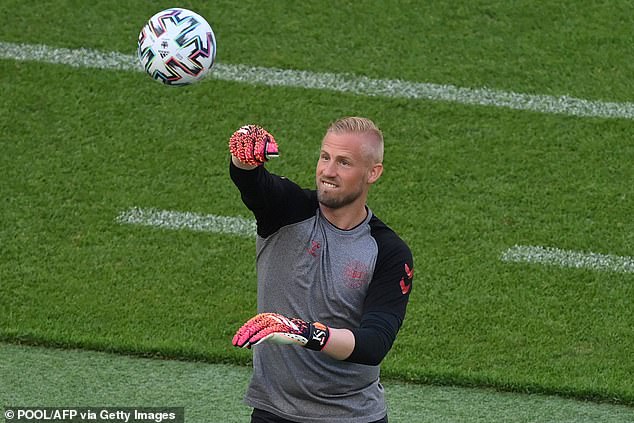 Keeper Kasper Schmeichel’s (above) father, Peter, was part of the 1992 side that won the Euros

‘We’ve talked a lot about the love the Danish national team is getting, we could never imagine how crazy it could go. We’re not thinking about leaving soon.’

For the Czechs, this match has stirred memories of a quarter-final win over Denmark at Euro 2004.

Milan Baros scored twice then on the way to winning the Golden Boot, and four-goal Patrik Schick hopes to emulate the former Liverpool man.