Hertha Berlin defender Dedryck Boyata forgot about social distancing during their match against Hoffenheim as he kissed teammate Marko Grujic.

The former Manchester City defender grabbed Gruijic’s face and kissed his cheek during a break in play in their Bundesliga match.

Players and staff have been adhering to social distancing rules that state they should remain a safe distance from each other when not in action, however, Boyata appeared to let things slip.

Boyata is not expected to receive retrospective action for the close contact, despite warnings that failing to abide by social distancing measures to keep players safe could lead to a red card.

Shortly after the kiss, Hertha Berlin scored two quick-fire goals on the hour mark to give themselves a comfortable lead in their return match.

An own goal and a header from Vedad Ibisevic gave Hoffenheim a mountain to climb in the mid-table German topflight clash.

Matheus Cuhna then sealed all three points for Berlin with a brilliant solo run and finish past Oliver Baumann. 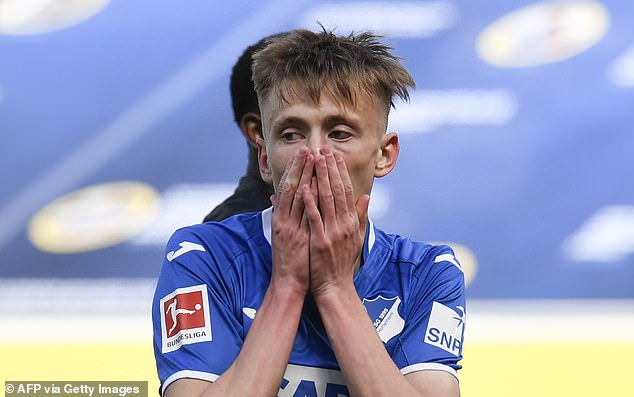 Both Boyata and Grujic played a key part as the Berlin-based side cruised to a comfortable victory away from home.

During the match, substitutes had to sit far apart to comply with the social distancing guidelines, match balls were disinfected during the match and teams were allowed to use up to five substitutes.

Players were also not allowed to swarm during celebrations and cameramen all wore their own protective gear to remain safe.