Gareth Southgate has been dealt another key midfield blow after Declan Rice dropped out of the England squad through illness.

Sportsmail reported on Tuesday that Southgate was almost certain to be without Mason Mount for the game as he recovers from dental surgery.

But in another selection dilemma, Rice has withdrawn from the squad and will head back to West Ham. 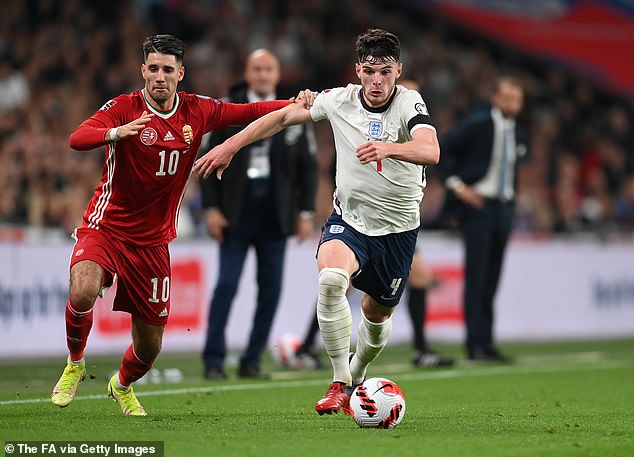 Rice and Mount were sure to start the game against Albania on Friday, a match where England can all but guarantee their place at next year’s World Cup.

But their withdrawal leaves Southgate facing a huge selection problem in midfield for the clash at Wembley.

Kalvin Phillips looks sure to play, while the withdrawal of Rice opens up the door to Jordan Henderson to start.

Jude Bellingham and Phil Foden are likely to battle it out for the final slot in Southgate’s midfield. 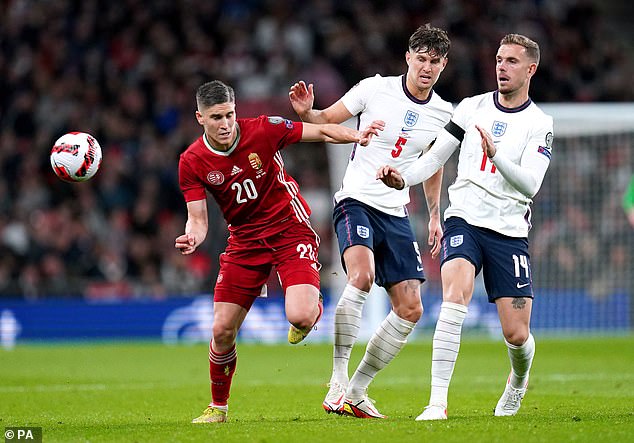