‘So gutted but proud’: Declan Rice hails 10-man West Ham’s performance in Europa League exit against Eintracht Frankfurt – but insists referee ‘seemed to make every decision go for them’ in semi-final

Declan Rice has heaped praise on West Ham’s determination despite their Europa League exit against Eintracht Frankfurt on Thursday.

David Moyes’ side lost 1-0 on the night, 3-1 on aggregate against the Bundesliga outfit following Aaron Cresswell’s costly red card just 19 minutes in.

And Hammers captain Rice hailed his side’s resilience after going down to 10 men – as well as blasting the referee’s performance on a tetchy and tense evening in Germany. 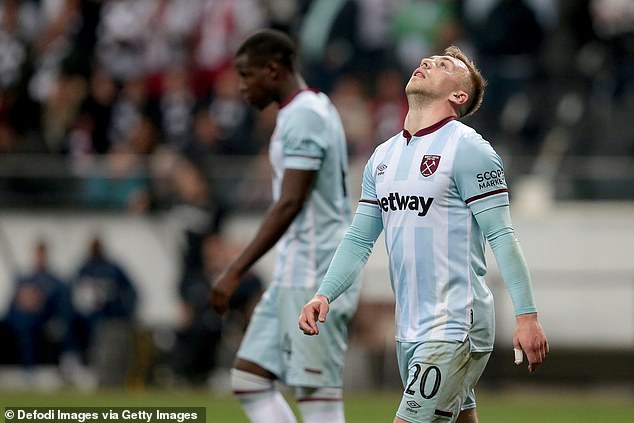 The Hammers were knocked out of the semi-finals 1-0 on Thursday night, 3-1 on aggregate

He said: ‘Gutted. We are gutted in there. We have come so far as a group. We are not the biggest of squads, to keep playing week in, week out over 50 games. To go down to 10 men and put in that shift… So gutted but proud of everyone.

‘A red card is always going to make it a mountain to climb. We had genuine belief that over two legs they weren’t going to beat us… We have come so far. Nobody expected West Ham to be here. The boys went out on a high even though we lost.

‘It didn’t seem to go for us at all… The sending off was probably a sending off but some of the other decisions were poor tonight. The ref seemed to make every decision go for them. When you have someone against you, you can’t do much. 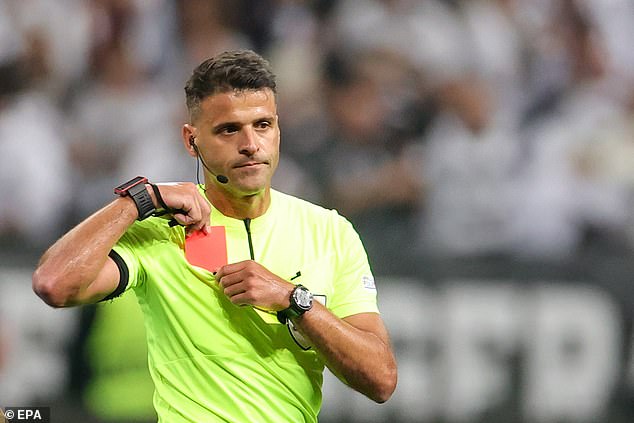 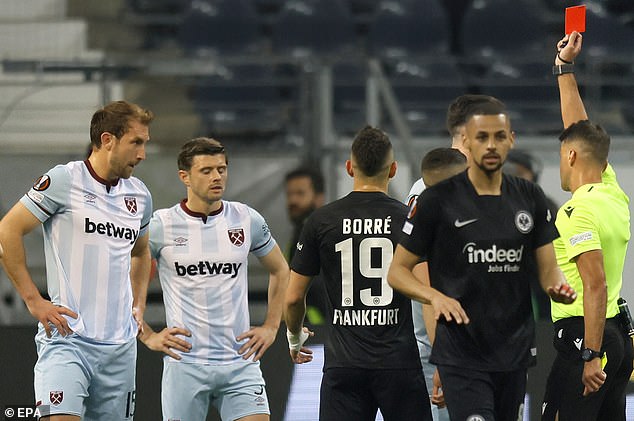 ‘Lads in there, myself, we have lost big games but we come off with our chest high. We will be back. I am young, I want more, the lads want more and the club deserves more. I am sure we will be back.’

Seven minutes after Cresswell was dismissed, Colombian striker Rafael Santos Borre fired home an Ansgar Knauff cut-back to give Oliver Glasner’s side a lead they would not relinquish.

Frankfurt will play Rangers in the final on May 18 in Sevilla after Giovanni van Bronckhorst’s side triumphed 3-1 at Ibrox on Thursday, 3-2 on aggregate.