Dean Smith raged at referee Chris Kavanagh after his Aston Villa side slipped to a fourth consecutive defeat that leaves the manager under the microscope.

Villa had Ezri Konsa sent off and were beaten 4-1 at home by West Ham, after Smith took a gamble by dropping captain Tyrone Mings to the bench.

They are now only three points above the relegation zone after spending £300million since promotion, although they lost captain Jack Grealish to Manchester City for £100m over the summer. 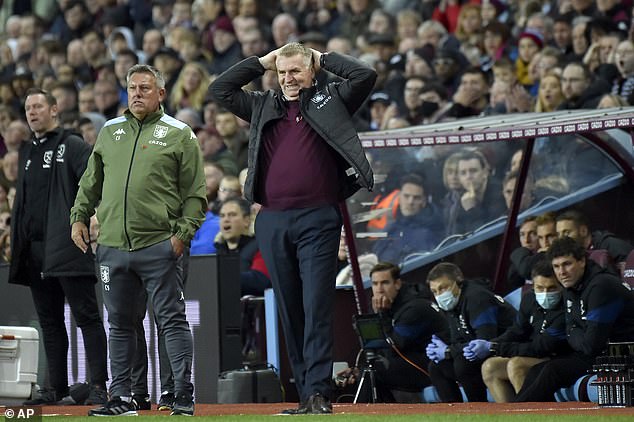 Friday’s match at Southampton, who are a point and a place above Villa, is starting to look important for Smith, who has been in the job for three years.

Smith was furious that Konsa was shown the red card, following a VAR review, for a foul on Jarrod Bowen early in the second half. He was then even angrier when West Ham broke away to score their third as Marvelous Nakamba was off the pitch following a foul, leaving only eight outfield players in the game.

‘I don’t believe Konsa’s was a red card so I don’t know the process we are going through for VAR,’ said Smith. ‘The ref said Bowen’s touch took him towards goal and clearly it didn’t. To me that’s a poor decision.

‘What concerns me is turning around performances and getting results. I am sure we can turn it around with the squad we’ve got. There will always be anxiety among fans after four defeats but we have a squad capable of doing better. 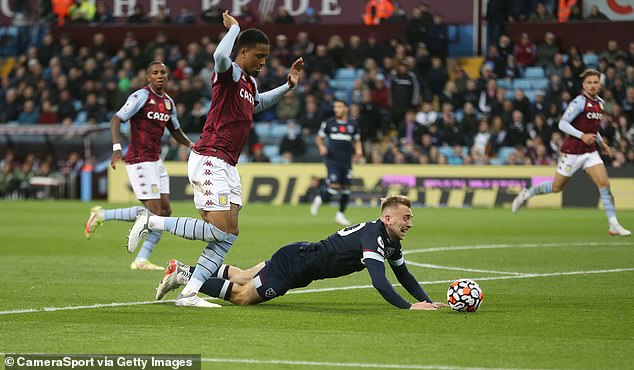 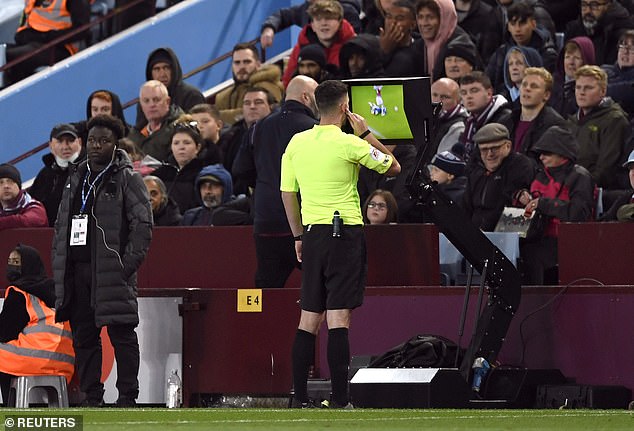 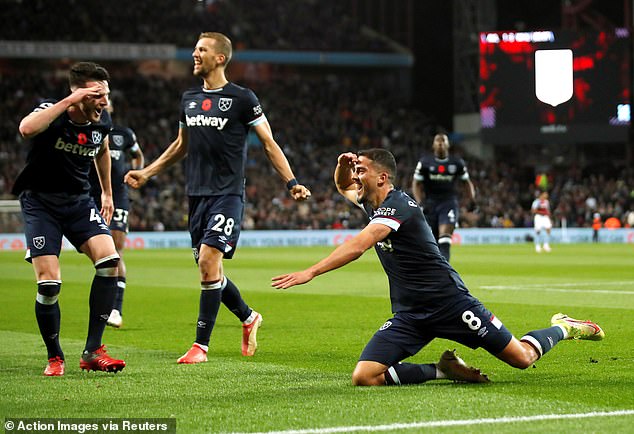 ‘There are reasons we have had the results we’ve had, such as injuries. The perception outside the club is different to what it is at our training ground. The players believe in what we’re doing and we will turn this around and get better.

‘I wasn’t happy with our start and it’s frustrating when things are going against you, and the negatives are the scoreline and the goals. But parts of our play pleased me. It was a response from our 3-1 defeat at Arsenal.’

Mings was introduced early in the second half after Konsa had been sent off, as Smith took off record signing Emiliano Buendia. Buendia looked bitterly disappointed to be substituted and headed down the tunnel after a short exchange with Smith and his staff.

But the move to leave out Mings, an England international, certainly raised eyebrows, especially given the centre-back’s leadership qualities.

‘He took it like a professional as I expected,’ said Smith. ‘It’s a big call whenever you pick a team. We went for a back four and West Ham are powerful at set pieces, and Kortney Hause is good at defending them. Tyrone has not been playing at the top of his game. They are football decisions.’