Kevin De Bruyne has revealed that he has been in ‘serious pain’ this season, with the Manchester City star admitting that his injury woes have caused difficulties ‘physically and mentally’.

De Bruyne, 30, has endured a frustrating campaign thus far. His three goals and one assist from 14 appearances pales in comparison to his incredible output of seasons gone by.

Injuries have contributed significantly to De Bruyne’s figures this term. The Belgian was forced to miss games against Norwich and Arsenal earlier this campaign through an ankle injury and has started just five of eleven league games thus far.

Kevin de Bruyne has opened up on his injury woes, revealing he has been in ‘serious pain’

And De Bruyne has admitted that this campaign has been ‘harder than usual’ and he has had to tolerate ‘serious pain’ due to the nature of his injury.

‘It’s a bit harder than usual this year,’ he said via Het Nieuwsblad. ‘It’s not too bad, I think, but it has been a bit difficult physically and mentally.

‘I came back with a lot of pain after the holidays, and then at the start of the season, I had my face against the wall.

‘I’ve had some serious pain, but it’s starting to get better. I just needed more time than expected.’ 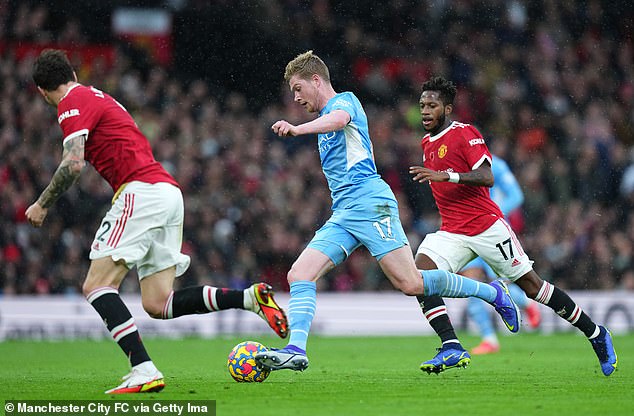 The Belgian, 30, has scored three goals in a frustrating campaign with Man City thus far 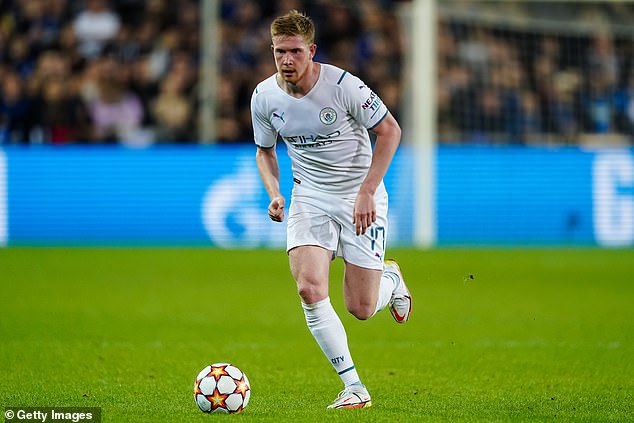 It has been a difficult few months for De Bruyne, who was forced off injured during City’s Champions League final defeat by Chelsea in Porto.

The Belgian suffered a fractured nose and eye socket following a collision with Antonio Rudiger and said last month that he has no recollection of the incident.

‘There are not a lot of memories after the incident. Is that dark? Maybe. I got back in the morning to the team hotel at 10am still with my City kit on!

‘The last six months has been up and down, playing but not really training. I was in quite some pain with my ankle so it was good that we took the time off. I feel much better and feel myself getting stronger.’ 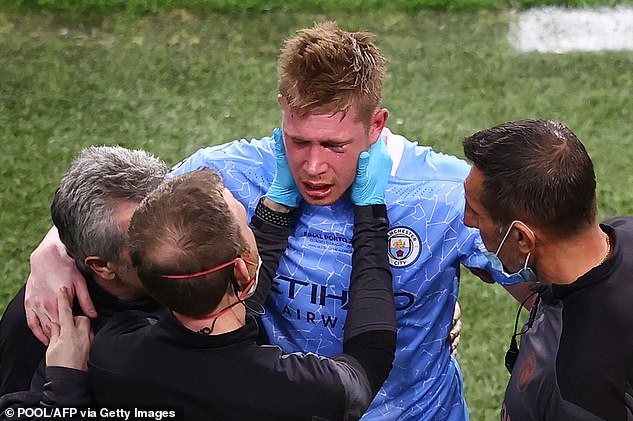 It has been a tough few months for De Bruyne, who fractured his nose and eye socket in May