David de Gea declares himself fit for Champions League clash against Paris Saint-Germain after recovering from knee injury picked up at Southampton, but Dean Henderson could still be in line to start after impressing at St Mary’s

David de Gea has declared himself ready to return to action for Manchester United against Paris Saint-Germain.

The Spain international was forced off during his side’s victory at St Mary’s against Southampton On Sunday with a knee injury.

The knock appeared to cause concern at Old Trafford that the 30-year-old could be set for a spell on the sidelines, however that does not seem to be the case, and De Gea was back in training this week. 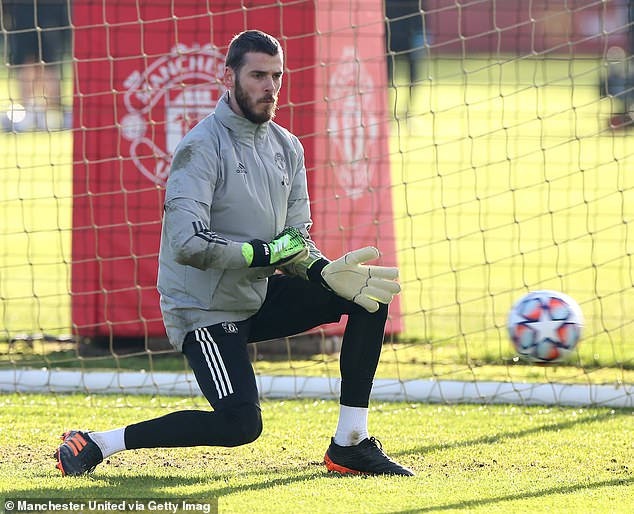 He posted to Instagram a couple of pictures in his story, one of him training with a huge smiling emoji, while he captioned a second ‘Champions League soon’.

Solskjaer had suggested on Sunday that the full extent of De Gea’s injury may not have been as bad as first feared.

[David has] a knock just above the knee, so hopefully he’ll be okay for Wednesday, but we don’t know,’ he told reporters.

‘Let’s have a little scan or check tomorrow [Monday], but Dean came on and looked very assured.’

One issue though that Solskjaer will have to contend with is whether he wants to reinstate his No 1.

De Gea was was slated by Roy Keane in the Sky Sports studio for his first-half performance, as United found themselves 2-0 behind, while Henderson was praised for his vocal display. 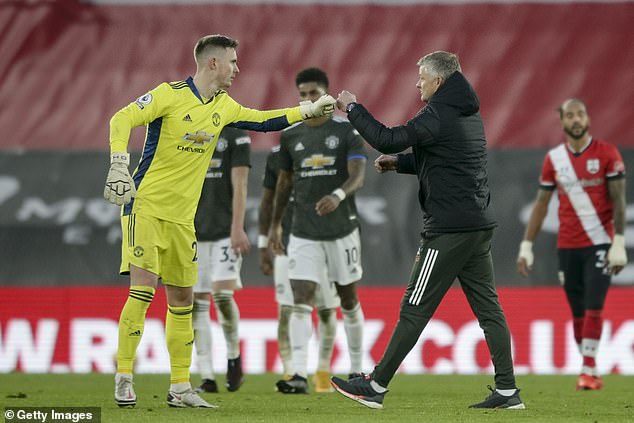 Keane said of the Spaniard: ‘I have to say I’m still not his biggest fan. He doesn’t do enough for me,’ Keane told Sky Sports.

‘He’s on a huge contract and he’s made big mistakes that have cost United a lot of points.

‘He’s obviously played sometimes behind a really poor back four. It’s his job. He’s on a really big contract. That’s what you’re supposed to do.’