Football’s iconic figures are coming together to fight for past, present and future players as the family of former England captain Dave Watson join charity Head for Change as ambassadors.

Watson, 74, who won 65 caps, is sadly suffering from dementia. His wife Penny has described her husband as ‘the forgotten England captain’ after they were left to fare for themselves.

They are joining forces with Head for Change, whose ambassadors include the family of the late England great Nobby Stiles. All trustees have first-hand experience of caring for a loved one who suffered from sports-related dementia.

The Watson family want football to redistribute some of its vast wealth towards care and support for former players who didn’t benefit from Premier League salaries. They want football’s governing bodies to be held accountable and ensure modern players realise the risks.

Penny and Dave’s daughter Gemma Jordan is an Emmy award-winning filmmaker currently working on a documentary about dementia in sport as acknowledgement of this crisis grows.

The Watson family told Sportsmail: ‘We would like to continue raising awareness about the pervasiveness of the dementia crisis in football and the impact it is having on families like ours — as well as highlighting the myriad studies that show that repetitive head impacts in football can have a direct effect on brain health. 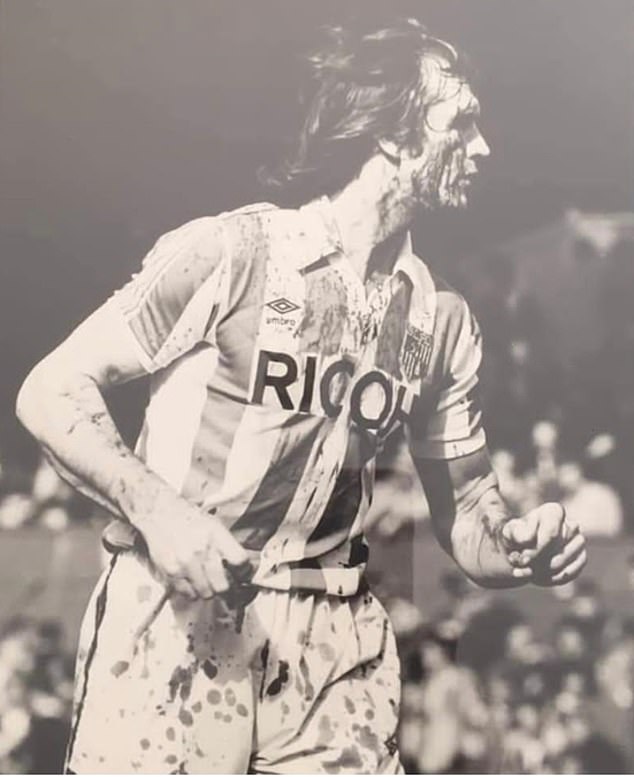 Penny has provided the PFA with evidence of when Dave hurt his during his playing career, including the above shot which shows him covered in blood

‘Our involvement with Head for Change will hopefully enhance their efforts in this field.’

The Watsons were invited to apply their backgrounds in senior management and accountancy and a close relationship with sporting governing bodies to help Head for Change, who say they are delighted to welcome them on board.

Related posts:
Previous Post: FA to offer Saka, Sancho and Rashford option to pursue criminal action
Next Post: Arteta reveals Saka 'has been down' after the Euros penalty heartache