Daniel James’ Euro 2020 experience has made the Wales winger all the more determined to get to the World Cup as the Leeds new boy looks to end the year with a bang for club and country.

Few expect anything other than Belgium running away with Group E given their quality, but Wales believe they can usurp the Czech Republic and qualify via the play-offs.

Robert Page’s side will move second if they beat Estonia on Wednesday and James, who made his major tournament debut in the summer, is confident they can reach their first World Cup since 1958.

“I think just the experience of the Euros just makes us that kind of little bit more thirsty to go and qualify for the World Cup,” he told the PA news agency.

“It’s going to be a little bit tougher with the teams and obviously less qualify but it’s one as a team that we fully believe that we can do.

“We take a lot of positives out of (the Euros). I think most people didn’t think we were going to get out of the group and we fully believed that we could.

“Don’t get me wrong, we were very disappointed after getting through that group to go out like that (4-0 loss to Denmark in round of 16), but it’s one that we’ll learn from, take a lot from it because it was a lot of boys’ first major tournament, including myself.

“We’re just excited with these World Cup qualifiers coming up because, as I said before, having that experience of the Euros just makes us a little bit more wanting to qualify for the World Cup.”

James has a big few months ahead as he looks to play a key role on Wales’ road to Qatar while starting a new chapter at club level, having completed a deadline-day switch from Manchester United to Leeds.

“I’ve got to go in giving my all,” Yorkshire-born James said. “Now it’s just about enjoying this next chapter of my career and just how it unfolds.

“I obviously have my own personal goals which I keep to myself, but I’m looking forward to it.

“I’m excited to learn, getting to learn this new system and hopefully contribute to the team.”

James fondly recalled playing Leeds as a youngster at Hull and cannot wait to step out at Elland Road – something he would have done two and a half years ago had Swansea not kiboshed a move at the death.

The Whites maintained an interest and Marcelo Bielsa finally got his man, with the 23-year-old excited to learn from the Argentinian.

“I think, as you see, the players now who have played with them since the Championship, they’ve all improved as players,” said James, speaking as part of the McDonald’s Fun Football initiative. “If you ask them, they will definitely say that. 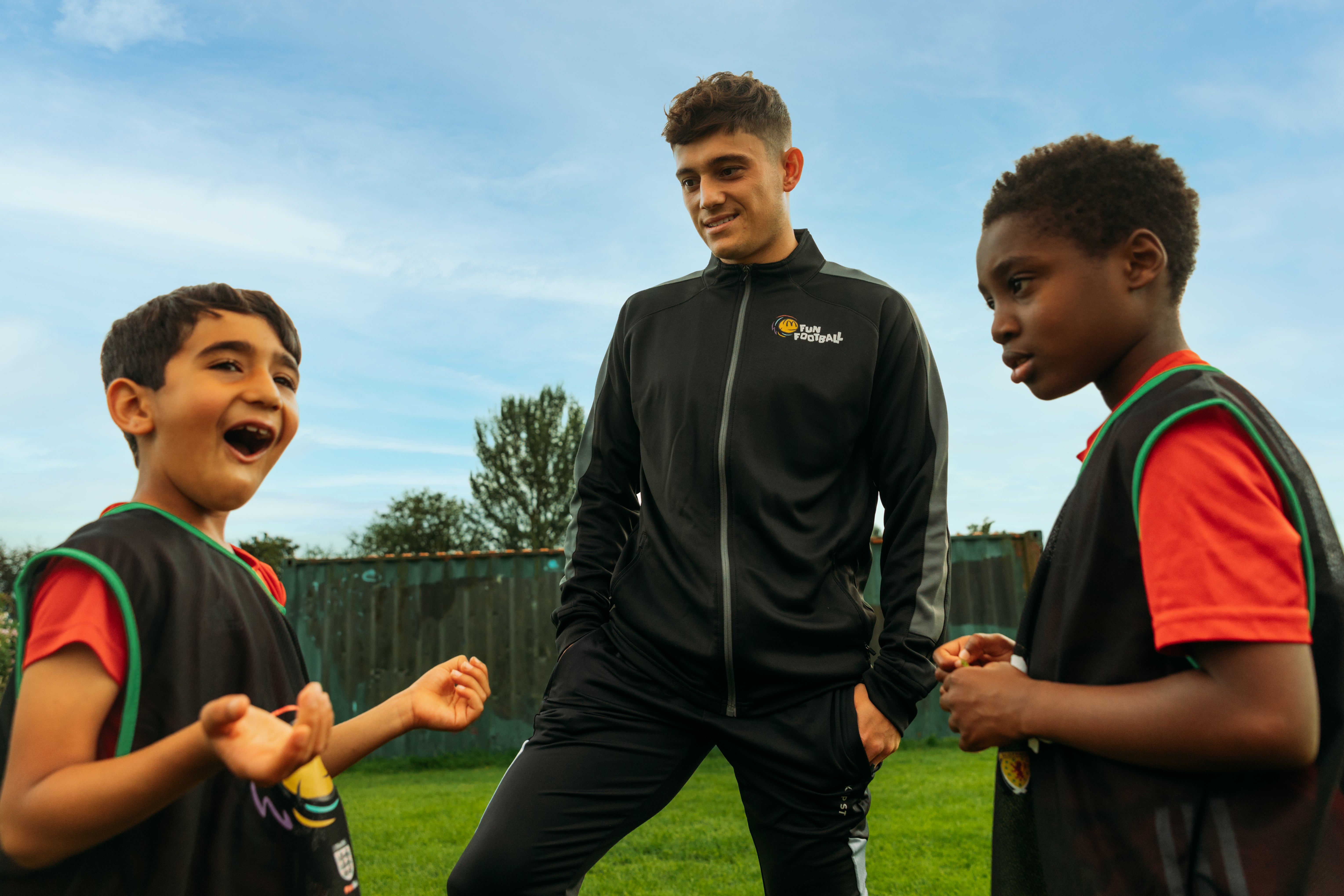 “Obviously I spoke to Tyler (Roberts) and he’s learned so much that maybe it’s not even him being told, it’s kind of the sessions he’s done. Not just learning from speech, it’s visually.

“It’s my time. I’m 23 now going on 24 but at the end of my career, towards the end, I still want to keep learning every day and I think it’s important to do that.”

Leeds forked out £25million to signed James but the player is not expecting to stroll into the line-up.

“I haven’t spoke to anyone about (my position) but I’m happy to play anywhere in the team,” he said.

“I’m not going to go in and expect to walk into the team because it’s a great group of players, who are playing very well.

“But I think everyone in that team in the forward line can play anywhere so, yeah, for me I’ve played most positions – striker, left, right – and I’m happy to play any of them.”

It is that hunger and humility that means James received warm wishes rather than abuse from Manchester United fans when making the move across the Pennines to join rivals Leeds.

“I had a great two seasons there,” he added. “I learned so much, played with great players.

“The manager (Ole Gunnar Solskjaer) brought me in and he fully trusted in me and I will always thank him for that.

“I had a great time there, great memories, but it’s a new chapter in my career now and it’s one that I’m fully looking forward to.”

:: Daniel James is a proud ambassador of McDonald’s Fun Football. To find your local session head to www.mcdonalds.co.uk/football

Related posts:
Previous Post: Emma Raducanu says parents ‘ghosted her’ after Shelby Rogers US Open win
Next Post: Who is Emma Raducanu? The 18-year-old rising star lighting up the US Open after Wimbledon breakthrough