If you were to guess who made the most tackles and interceptions in Arsenal’s win over West Ham who would you go for? Who regained possession more times than any other man on the pitch?

Bear in mind the Gunners had almost 80 per cent of the ball in the first half and 69 per cent overall. That would make one of West Ham’s tenacious central midfielders, Declan Rice or Mark Noble, prime candidates, surely? A West Ham defender, perhaps? No? Then Arsenal’s Granit Xhaka would be the next candidate, wouldn’t he?

How about Dani Ceballos? The stylish, technical on-loan Real Madrid playmaker? For anyone who hadn’t been at the Emirates Stadium on Saturday afternoon, Ceballos’ name would likely have been some way down their list of leading ball winners. Yet, there Ceballos was in the centre of the park, launching into tackle after tackle; reading West Ham’s play and intercepting the ball six times.

The visitors laid down a physical test and Ceballos relished the challenge, logging season-best figures for tackles and interceptions and winning the ball back for his side 14 times in all.

Don’t be mistaken – once he had won it back, Ceballos was superb with the ball at his feet, too. Ceballos injected energy into Arsenal’s sometimes lacklustre play, looking to turn up the tempo with every run and forward pass. 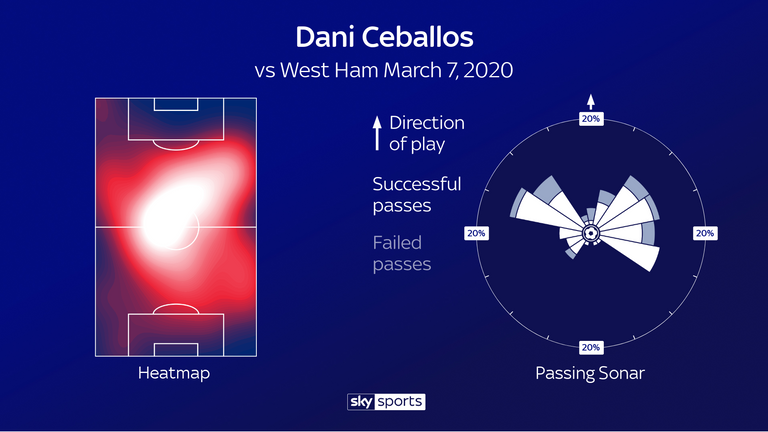 Alongside those defensive stats, he also recorded the game’s best numbers for successful passes (86) and, for the second game in a row, Ceballos enjoyed over 100 touches of the ball. Again, both season bests.

But that vibrancy in possession is almost taken for granted when it comes to Ceballos. He is a proven stylist, with skills honed at Real Betis and Real Madrid and one of the finest technicians from his generation of graduates of the Spanish school. That is what Unai Emery brought him to north London for, when he envisioned Ceballos as a No 10. 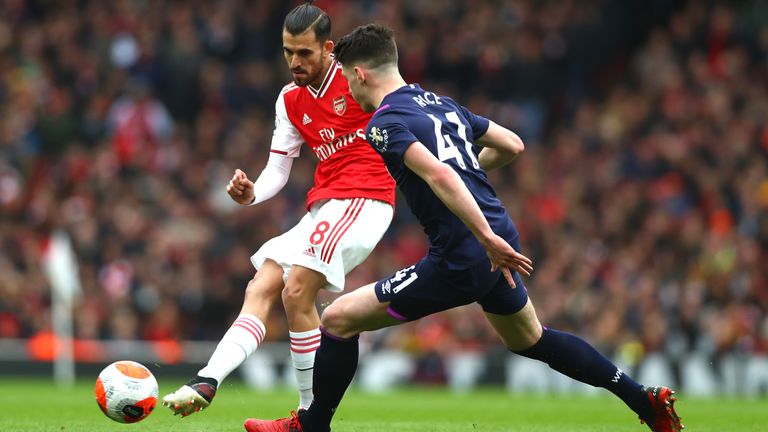 Instead, it was the 23-year-old’s efforts out of possession and deep in midfield which stood out against West Ham – and how he, like many of his Arsenal team-mates, has bought into the Arteta vision.

There was talk in January from the Spanish media that Ceballos was looking for a way out, an end to his season-long loan spell.

With Euro 2020 on the horizon, Ceballos, back from a two-month hamstring injury lay-off, needed game time and Arteta’s decision to not rush him back into the first team had the midfielder worried. Or so the story went.

Fight or flight? Ceballos’ response has revealed much about his personality but also underlined his adaptation and commitment to Arteta’s style, which demands every player to bring intensity to defence. 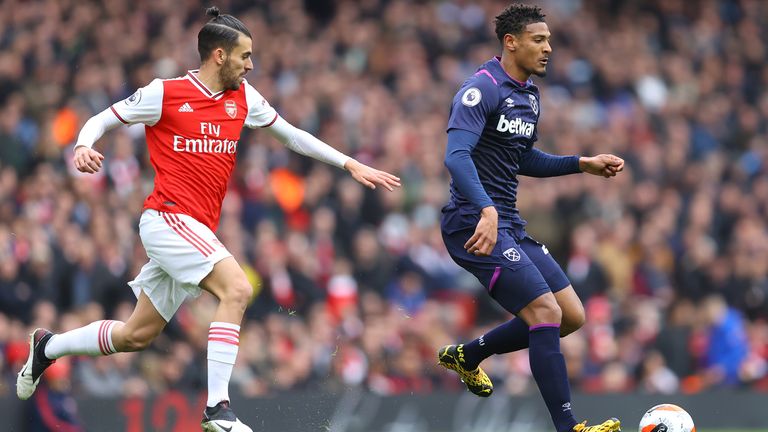 Ceballos emptied the tank against West Ham, covering more ground than any player on the pitch but still summoned up the energy to launch a 94th-minute clearance up the line as the opposition looked for a last-gasp leveller.

“I’m really happy with Dani and what he’s bringing to the team right now,” Arteta said last week. “It took him a while after his injury to get to the level that he has and that I’ve seen in the past. He’s performing much better now and that’s why he’s playing much more games.”