Chelsea just about held on to win 3-2 at Crystal Palace in the Premier League on Tuesday night.

The away side made a great start to the game and took the lead early on, Willian cutting the ball back for Olivier Giroud to side-foot home—Palace were annoyed, as Gary Cahill had pulled a hamstring in the build-up to the goal.

Christian Pulisic then buried a scorcher, taking on Joel Ward on the outside and lashing a left-footed effort in at the near post, before Wilf Zaha came up with a response even more emphatic – a 30-yard piledriver which left Kepa with no chance.

Palace brought plenty of pressure before a counter-attack from Chelsea saw Tammy Abraham sweep home a third – only for Christian Benteke to immediately pull one back. Palace nearly snatched a point at the death too, with Scott Dann heading against the post in stoppage time.

Here are the player ratings from the game at Selhurst Park.

Zaha celebrates after his scorching strike halves the deficit (Getty)

Vicente Guaita – 8. Couldn’t do too much about the goals. One good save from Mount late on, a couple of routine saves from Willian.

Joel Ward – 5. Had no answer to Pulisic’s pace and trickery so resorted to scything him down.

Scott Dann – 6. Headed a good chance over. Didn’t get tight enough to Giroud a couple of times. So unlucky not to score a late equaliser though.

Gary Cahill – 6. Pulled a hamstring chasing back within minutes of kick-off and was subbed.

Patrick van Aanholt – 8. Always a good outlet for the team on the counter. Dealt well with Pulisic when he was that side of the pitch. Great run and assist for the second goal and a nice block late on.

Luka Milivojevic – 5. Not too clever on the ball, caught in possession a couple of times and was lucky to get away with conning the ref into free-kicks more than once.

James McArthur – 6. The usual performance: plenty of industry, kept matters simple with his passing, tried to get forward to support counters.

Cheikhou Kouyate – 7. Palace’s ball-winner in the middle. Struggled at the start when Chelsea played wide, but soon enforced his quality on the game and helped Palace dictate the terms of the match.

Wilfried Zaha – 7. Absolute worldie of a hit, totally unstoppable. Caused issues with his running down the inside channel, but couldn’t actually create any other real moments of danger until the very last minutes.

Jordan Ayew – 7. Lots of movement down the wings, always looking to support his centre-forward. Few chances fell his way.

Christian Benteke – 7. He often gives hold-up play, aerial knock-downs, lay-offs…but rarely goals. Found one today for the first time at home in the league in over two years! 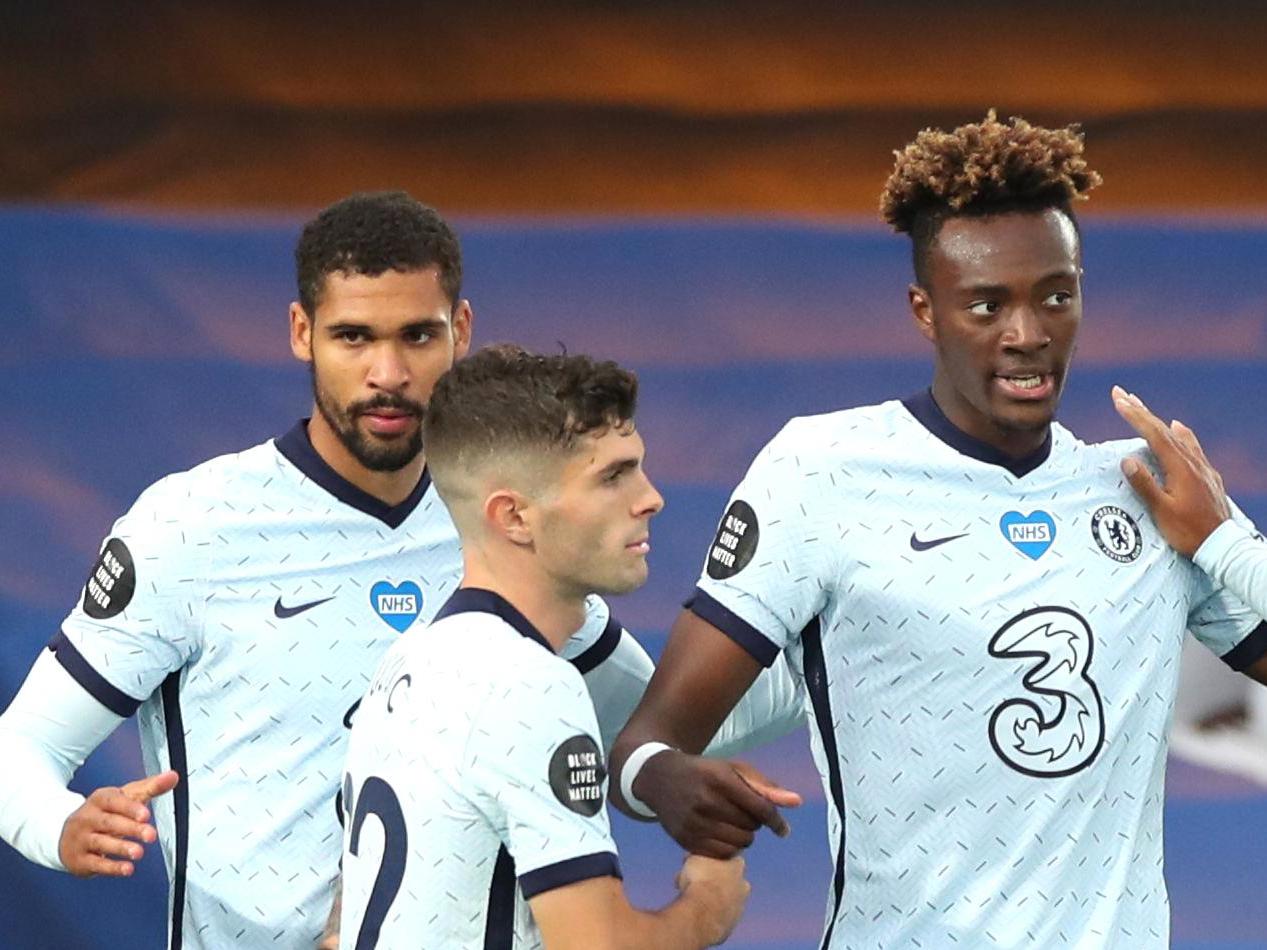 Kepa Arrizabalaga – 6. Nothing he or most ‘keepers on the planet could do about the first goal. Didn’t cover himself in glory on the second though, beyond his post with no chance of a cut-out or save afterwards.

Reece James – 7. Got forward well and send over several dangerous crosses, one of which Giroud should have buried. A tough night defensively, though.

Andreas Christensen – 6. Didn’t stand up too well to the task of dealing with Benteke. Let Van Aanholt past him far too easily for Palace’s second.

Cesar Azpilicueta – 6. Better than his display against West Ham. Won the ball and made a couple of interceptions at important times. Simple on the ball, but always free to take the pressure off his team-mates.

Billy Gilmour – 6. Neat and tidy early on, but definitely struggled once Palace started their power play in the centre.

Ross Barkley – 6. Started brightly but failed to maintain his influence into the second half.

Mason Mount – 6. Similar to his team-mates in the middle; nice when Chelsea were dominant, but unable to wrest control back when Palace started to get back into the game.

Willian – 8. Clever on the ball, uses space well, never stops running and always a threat in the final third. Almost notched a late killer fourth for his team.

Christian Pulisic – 8. Man of the match. Mostly for his first 30 minutes, in truth, during which time Palace could not lay a glove on him in legal ways. Scored a great goal, created danger several times besides.

Olivier Giroud – 7. Some good link-up play and movement, plus his early goal of course, but should have scored with a header in the middle of the six-yard box and had one or two other chances, too.