Trouble for Steven Gerrard as Aston Villa fall to ANOTHER defeat, losing 3-1 to a Crystal Palace fightback including a Wilfried Zaha double… and now Villa have just three wins in 14 Premier League games

There is no such thing as a must-win game in August. But after starting the season with matches against Arsenal and Liverpool, and with a trip to Manchester City to come next weekend, this home tie with Aston Villa always felt like a key fixture for Crystal Palace.

So going behind after just five minutes was not an ideal start. But Patrick Vieira has built a resilient team at Selhurst Park. They had dug in for 45 minutes against Liverpool to earn a valuable point at Anfield five days earlier and here they came from behind to earn their first win of the season.

Vieira had wanted his side to be better in both boxes and while they were caught cold by Ollie Watkins early opener, Wilfried Zaha equalised quickly before adding another in the second half and Jean-Phillipe Mateta then netted with his first touch to wrap up the points. 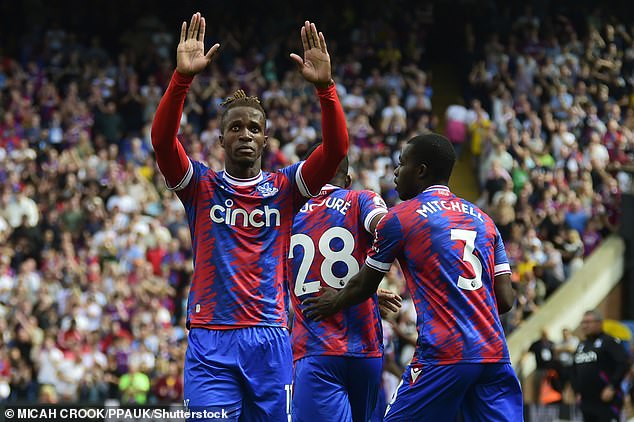 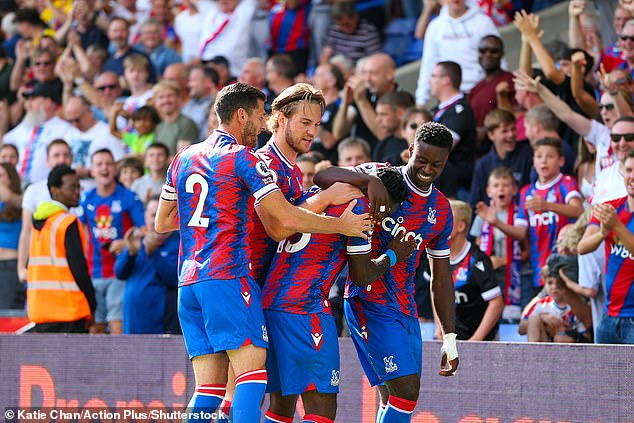 Jeffrey Schlupp scored a goal in the 25th minute, but it was disallowed for being judged offside

Zaha was at the heart of every attacking move and linked up with the impressive Eberechi Eze to give the Villa defence a torrid afternoon.

Both had to endure strong and often late tackles from the opposition, with Zaha venting his frustration on more than one occasion to referee Andy Madley. But the Palace forward came out on top.

In truth, they should have scored more than three goals against a Villa side who looked extremely shaky at the back. 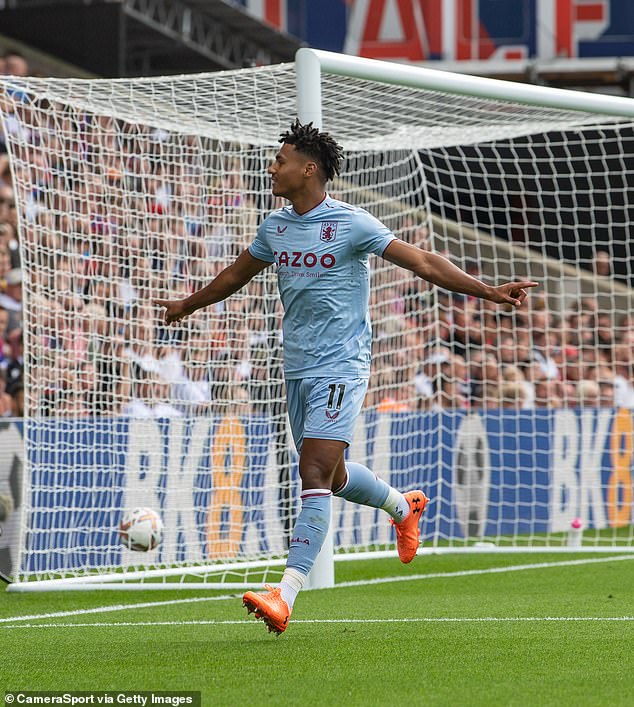 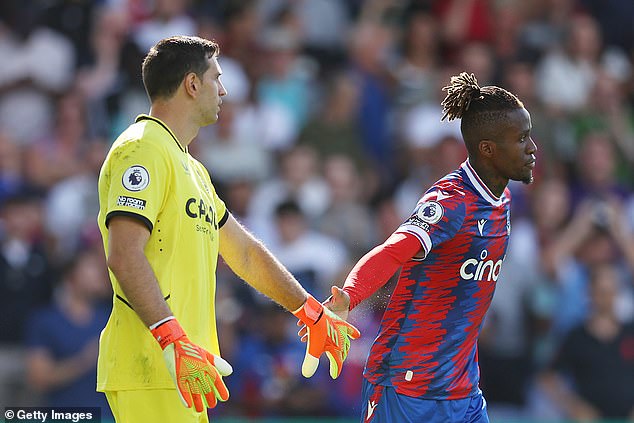 The loss of summer signing Diego Carlos, who ruptured his achilles in the win over Everton last weekend, has not helped matters and Steven Gerrard may feel this performance highlighted the need for a replacement.

It was a frantic start to the game and with both teams looking dangerous in the opening stages but it was the visitors who broke the deadlock after just five minutes.

It was a simple piece of play and poor defending from Palace.

A long ball from Tyrone Mings was flicked into Watkins’ parth by Leon Bailey and the striker kept his composure to slot the ball into the bottom left corner.

But Villa led for just two minutes before offering up a defensive lapse of their own as they were hit on the counter after an attack broke down.

Jeffrey Schlupp’s clearance was helped on by Odsonne Edourard and set Zaha free on the half-way line.

The winger held off a challenge from Matty Cash and despite being forced wide by Ezri Konsa, managed to steer a shot into the bottom right corner of the net.

Palace thought they had taken the lead when an Eze free-kick picked out Edouard, who cut-back for Schlupp to slot home from 12 yards.

But the hosts celebrations were cut short when VAR ruled Edourard was marginally offside.

Villa’s defending was all over the palace as Jordan Ayew missed a great chance to put Palace in front before the break.

The striker was un-marked when he was picked out at the back-post by Zaha but Emi Martinez got down well to make the save.

Though they looked vulnerable at the back, Villa too could have gone in front before half-time as Cash crossed for Emi Buendia, but his effort was straight at Vicente Guaita who pushed the ball out before Palace cleared.

The hosts were on the front foot from the start of the second half as a long ball found Ayew in the box, but the ball bounced off the striker and Martinez was able block before he could get a shot off.

Ayew then created a chance for Edouard but the striker could only fire wide. 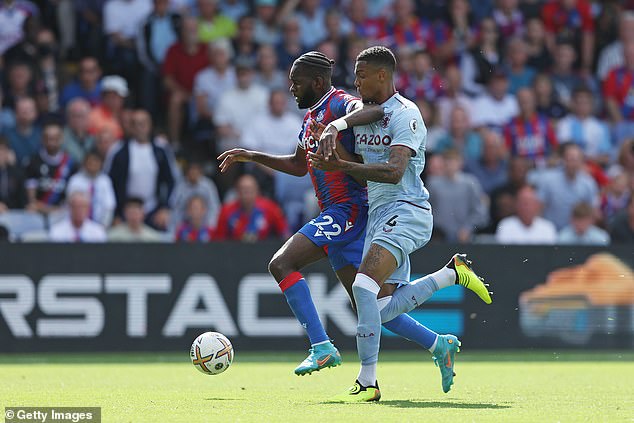 When Palace had their first half goal chalked off for offside, the Villa fans could be heard singing ‘VAR, my lord, VAR’. But 13 minutes into the second half it was Palace supporters who were chanting the same song as a VAR review for a handball by Luca Digne gave them a penalty.

Marc Guehi rose highest to meet Eberechi Eze’s corner but his header hit the arm of the Villa left back and referee Madley pointed to the spot after reviewing the incident on the monitor.

Zaha converted after his initial effort was saved by Martinez, with the ball falling kindly for the striker to slot home into an empty net. 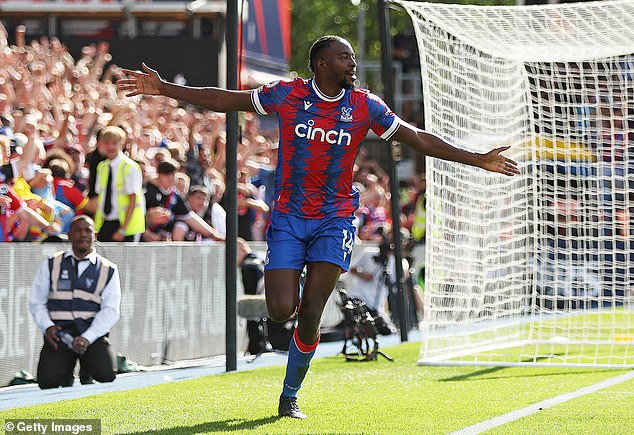 Jean-Philippe Mateta had only been on the pitch two minutes when he secured the three points and his side’s first win of the season.

Tyrick Mitchell played a one-two with Zaha and the left-back sent in a pin-point cross which Mateta met emphatically to fire in a third.

Substitute Will Hughes should have scored a fourth when he ran clear of the Villa defence but could only send a shot straight into the hands of Martinez.