Perhaps Cristiano Ronaldo is the ‘problem’ after all. The Portuguese superstar was so often branded with that label during Manchester United’s seismic season of struggles last campaign, but his impressive individual goal tally suggested otherwise. However, as the Ronaldo-less Red Devils continue to flourish during pre-season, it seems Jamie Carragher had a point: perhaps United are a significantly better side without him.

There appeared to be a new-found air of optimism around Old Trafford following Erik ten Hag’s arrival at the start of the summer, but that soon became in danger of being eradicated. A stuttering start to the club’s transfer business was compounded by the bombshell revelation that Ronaldo was ready to turn his back on United, as an insatiable appetite for Champions League football evidently superseded any sentimentality towards the club.

But just when in seemed Ten Hag’s team would be thrown back into fresh turmoil, there’s renewed hope once again. In addition to a number of exciting new arrivals, the Red Devils have enjoyed a rampant pre-season so far, putting both Liverpool and Melbourne Victory to the sword, while already showing promising signs that Ten Hag’s system and style can lead the club back towards success.

Across their two pre-season matches so far, United have struck eight goals, with half of those coming through the combined efforts of Marcus Rashford, Jadon Sancho and Anthony Martial. In short, United have sparkled and shown the sort of attacking football which saw the Red Devils finish the 2020-21 campaign as Premier League runners-up.

While returning hero Ronaldo was supposed to be the one to help United take the final step towards silverware, his presence ultimately had an adverse effect. Or so Carragher would have you believe.

The Liverpool legend was particularly vocal about United’s “mistake” in bringing Ronaldo back to the club and spoke of how the 37-year-old’s re-arrival ran the risk of undoing all the good work the Red Devils had achieved under Ole Gunnar Solskjaer, and in the previously season in particular. Carragher would go on to reiterate his point in February, insisting that Ronaldo’s goalscoring exploits papered over the cracks and his presence in United’s side actually had detrimental impact on the team.

According to Carragher, United’s side had become imbalanced as a result of Ronaldo being shoehorned into attack. In a Telegraph column back in February, he wrote: “’Where would United be without his goals,’ is something you often hear. 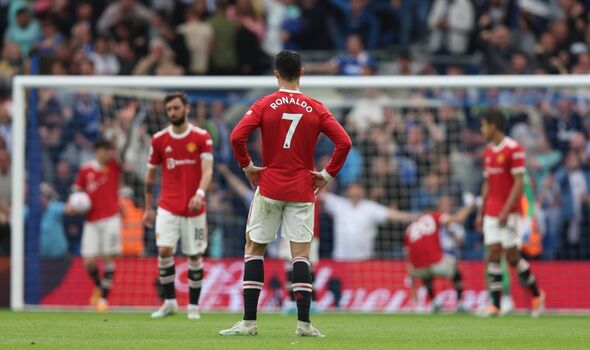 “Well, we already have an answer to that. United scored 121 in all competitions in 2020-21, their highest tally for 14 years, That is because they were a more balanced, unified team than now.”

While it may only be pre-season and may well be very early days in Ten Hag’s tenure, there can be no denying United appear to be on their way to getting their mojo back – if they haven’t already found it. United’s attack is once again firing and looks as sharp as it did the season before last. 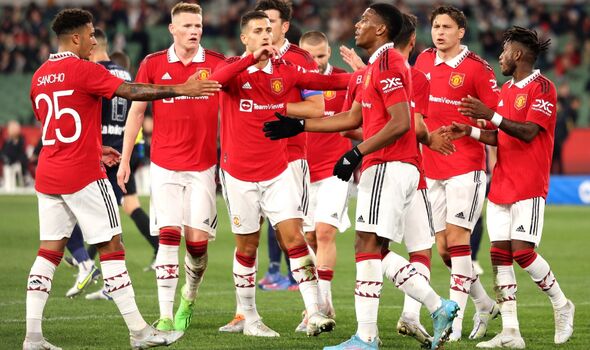 As Ronaldo continues to struggle with regards to identifying willing takers this summer, and United continue to flourish in his absence, it begs the question: what happens now? Does Ten Hag risk unsetting the applecart by reintegrating Ronaldo into his group if no transfer transpires or are United better off learning from their “mistake” and continuing to move forward – or perhaps back to where they were – without him?

One thing is for sure: with every game in which United smash in the goals and look a slick, sharp side, Carragher’s theory is becoming harder and harder to argue against.