Crawley boss John Yems ‘will feel a little bit upset’ on return to Bournemouth for FA Cup clash – after they sacked him from his backroom role with no warning and a redundancy package of just £3,800 despite six-and-a-half years’ service

Crawley Town boss John Yems does not even pretend to be over his sacking at Bournemouth and does not dare to predict how he might feel as he returns for the first time.

‘I’d like to feel I’ll be a little bit upset,’ said Yems, who has not set foot inside the Vitality Stadium since he was dismissed without warning from his role as football operations manager in 2018.

He had worked there for six-and-a-half years, was responsible for securing the return of Eddie Howe and Jason Tindall to the club and worked closely with them as they climbed to the Premier League.

‘My last game was Burnley away,’ said Yems. ‘I knew they were talking about not renewing my contract but I spoke to Eddie on the phone and it was all, ‘don’t worry it’ll be sorted, blah, blah, blah’ and on Tuesday my P45 turned up.’

Bournemouth had finished 12th in the Premier League and banked more than £111million in TV money. They paid Yems a redundancy package of £3,800.

‘I was annoyed, I was angry, I was everything,’ he said. ‘After doing what we’d done, it did affect me. It was hard to swallow, and I had people calling me because it looked as though I must’ve done something drastically wrong.

‘I don’t know why they wanted to treat me like that or get rid of me. I’d have less of a problem if they’d told me but there was no explanation so you never get closure and you see people you helped getting on within the club. Another season starts and football moves on. It felt strange. 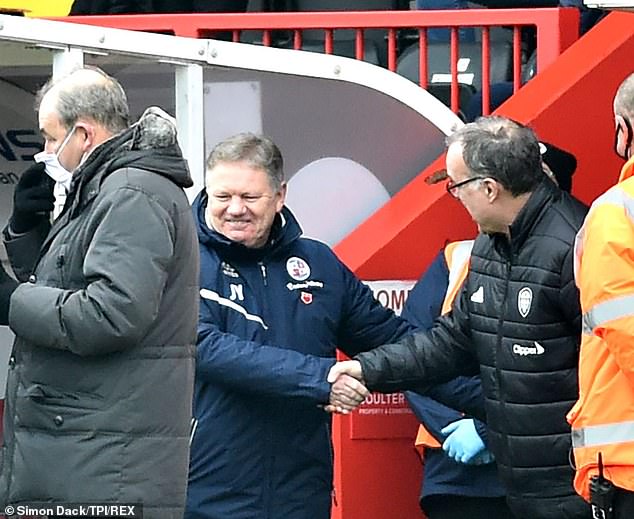 ‘The lesson I took from it all was how not to treat people. It’s about where you set your morals. Where I’m from in South London you wouldn’t treat your worst enemy like that.’

Yems worked some of the anger from his system and returned at Crawley and delivered the big shock of the FA Cup Third Round when his League Two team thumped Leeds 3-0.

‘The most enjoyable thing was to see the players basking in the glory,’ said the 61-year-old. ‘We’ve a lot of players that have been released and rejected, or had bad injuries and we took a punt on them.

‘Working in football is the greatest job. There are only 92 clubs and to work at any one of them is an honour and an achievement. And this club is being run how it should be. It’s a joy to go to work in the morning at Crawley, like it used to be at Bournemouth. 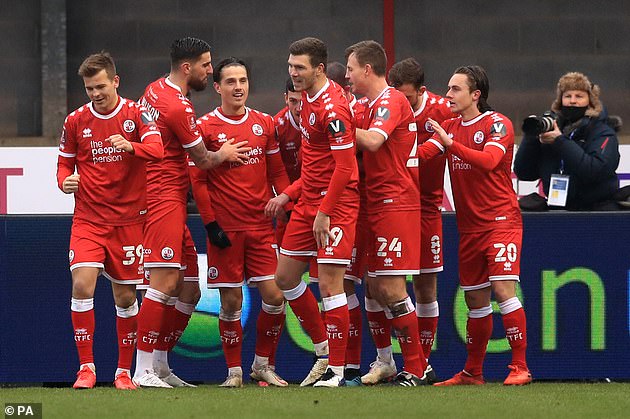 ‘It was me, Eddie and Jason doing everything and there were promotions and some great memories but as we got bigger more people got involved and we lost our sense of reality.

‘In the end, Bournemouth became like Disneyland, it wasn’t real. Money-people run these clubs and they’ve never been in a dressing room, never been around players. They hide behind desks and emails.’

When the Fourth Round draw paired Crawley with Bournemouth, and a reunion with Tindall, who took over from Howe at the end of last season, Yems was surprised not feel more emotion. ‘It was like a nothing draw,’ he said. ‘And that’s sad because I had some good times there.’

His main problem since the draw, however, has been to keep enough players fit to get the tie on. Crawley suffered a Covid outbreak in the ranks and have not played since beating Leeds and did not return to the training ground until Monday. Top scorer Max Watters has been sold to Cardiff.

‘We’ve got a few missing,’ said Yems. ‘It’s difficult but it’s time for others to stand up. It’s a great opportunity for people.’