Wuhan Zall FC should have been home by now.

When the Chinese Super League side, based at the epicentre of the coronavirus, landed in Spain at the end of January, news of the tragedy consuming their city had warped into fear and paranoia.

The players had been based in Guangzhou, over 600 miles north of their wounded hometown, when the Huanan Seafood Market – centre to the first outbreak – was razed with disinfectant by police in Hazmat suits. Yet, when Wuhan arrived at Malaga airport, doctors were waiting “to greet” them. After the team’s medic assured Spanish health officials that each player had been rigorously tested, a public announcement was put out by the Andalusian healthy authority to reassure locals that Wuhan’s players presented no danger.

At times like these, something as small and irrelevant as football feels trivial. Wuhan, a city five times the size of Greater London, has a skeletal, morgue-like feeling; public transport is suspended, the roads sealed off with biosecurity checkpoints, a fog masks the river bridges, guarding each exit. Its 11 million residents have been told to stay in their homes, their days lived in eerie panic, avoiding contact with neighbours and receiving only a drip-feed of information.

Each morning and evening, the majority of the nearly 50-strong travelling party of players and staff call their relatives back home. Fourteen players in the squad are originally from Wuhan and some of them have young children trapped in the city. One of the player’s grandmothers has already lost their life to the virus.

“It brings you closer to the problem,” the team’s Spanish manager, Jose Gonzalez, told the Associated Press. “[The death] was a very painful moment for everyone. But like everything in life, you have to try to move on. He couldn’t go back to Wuhan.”

“The players have been away from home for more than two months, they couldn’t enjoy [Chinese] Christmas with their families, they are talking to their relatives on the phone every day and seeing that they are locked at home and can’t live a normal life.”

Last Sunday, the team smiled for photographs and talked privately amongst themselves at LaLiga’s headquarters in Madrid; invited by the league to watch El Clasico that evening. They smiled and spoke through brave faces, of their hope in Wuhan as “a heroic city” and belief of reaching “a final victory” over the virus that has now infected almost 100,000 people in China.

“It has not been easy for any of us players,” said Yao Hanlin, the team’s captain. “We miss our friends and especially our families back in Wuhan because it’s them who are going through an extremely hard time. I hope they will persevere.”

Football has been a source of escapism. A way for the players to hurl themselves into distraction and stave away such mournful spirits. At their own insistence, they have kept to their training schedule rigorously. “We have to enjoy the pleasure football brings,” said Yao.

“I honestly try to talk about the subject (virus) as little as possible because they are already talking about it all the time, in their rooms, with their relatives back home,” Gonzalez said. “I don’t want to talk about it as well every time I see them. I try to make training as fun as possible so I can see them smiling a bit.

“I keep learning from these players, about their behaviour, about their way of dealing with this. It makes you think about the limits of the human capacity and about professionalism.”

The team still has little idea about how long they will be stranded in Spain – a tentative estimate says they may be able to return to Wuhan in mid-April. Often, the players find themselves “looking at the news, at Instagram” to see the state of their city under ‘lockdown’, where two emergency medical facilities with 2,500 beds have been built. “I’m not feeling threatened,” one member of staff told The Independent. “I just hope everything gets better so we can get back as soon as possible. We are concerned, but as far as we can see everything is under control.”

Yet even now, with a shortage of basic protective gear for doctors and hospitals forced to turn people away, Hubei’s Vice Governor Xiao Juhua admitted the situation in Wuhan remains “severe and complicated”. 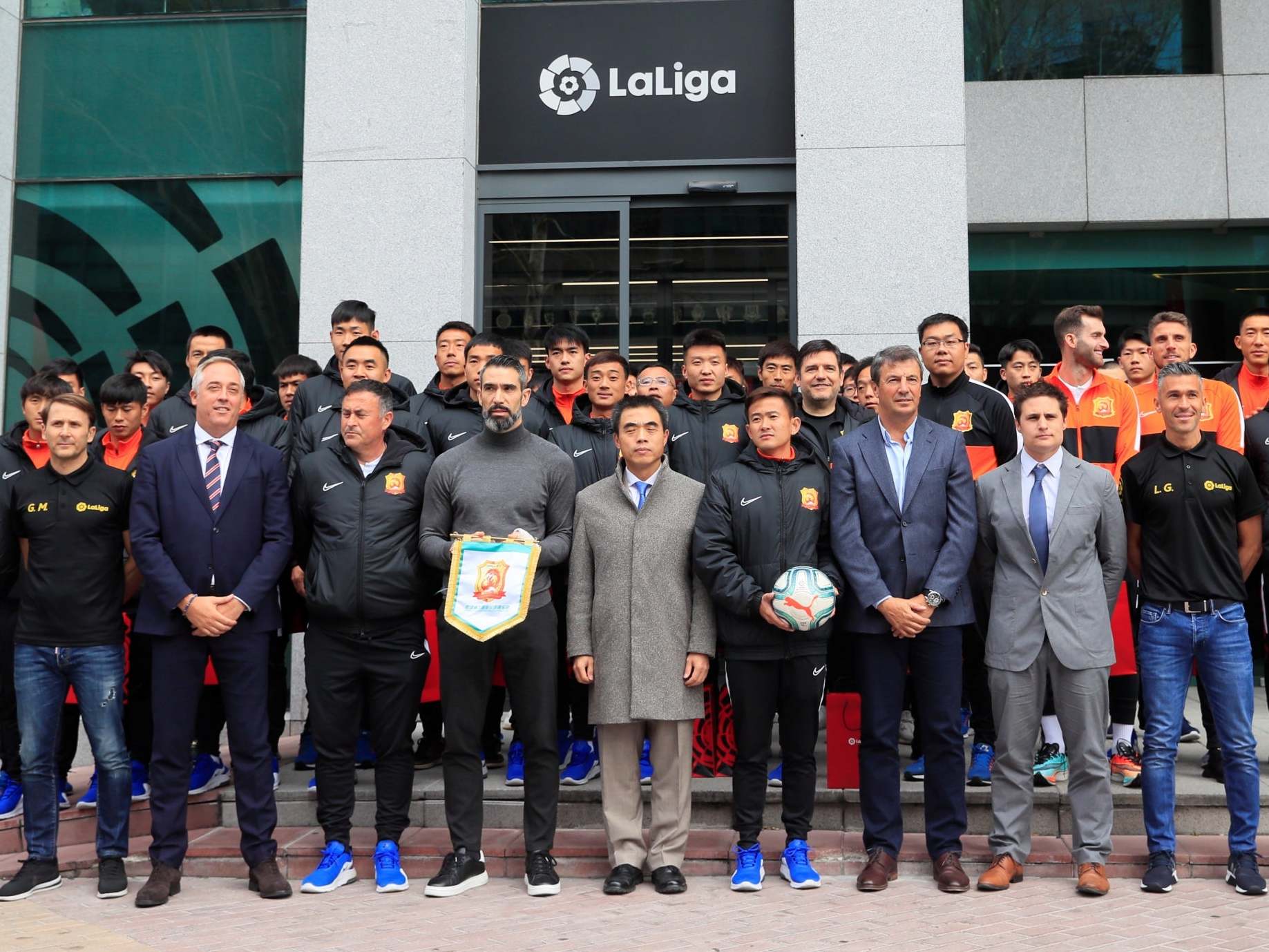 All but one of the 16 Chinese Super League sides are currently based abroad, but no other team in the lucrative top-tier bears the Wuhan name. The squad has been treated with genuine and stirring sympathy by some, but they have also had to contend with an uncomfortable undercurrent of xenophobia.

Despite long passing the virus’ incubation period, Russian side FK Krasnodar and Gibraltan Europa Point – at the request of the country’s FA – both quickly pulled out of pre-arranged friendlies against them.

Even in Madrid, a reporter asked a member of the team’s staff if people are still fearful of catching the virus from them. Another privately questioned why they would want to write about Wuhan, since it’s the place that has inflicted the virus on the world. A British newspaper, after hearing the squad had been invited to El Clasico, rang LaLiga asking for comment on the reasoning behind their decision. When self-preservation is at stake, compassion hasn’t always been a natural instinct. “The name Wuhan will scare many people,” Gonzalez admitted upon the team’s arrival.

Last weekend, Wuhan’s players stood in the stands at the Santiago Bernabeu as Real Madrid defeated Barcelona. It was a small gesture by LaLiga that at least brought the briefest solace. But afterwards, what remained was a night like every other. Their minds returning to the danger and devastation back home, powerless to help those dearest to them, watching a crisis their city is struggling to control through a screen.