The brain injury association Headway has criticised football’s rule-makers for “failing to act” after they decided against introducing concussion substitutes into the game.

The International Football Association Board, which is made up of the English, Scottish, Northern Irish and Welsh football associations, as well as FIFA, instead agreed to trial the proposal.

Headway chief executive Peter McCabe does not think that is enough, though, saying: “This is yet another example of football failing to act. This latest announcement just doesn’t go far enough to protect players from the dangers of returning to play following a concussion.

“In practical terms nothing will actually change for the injured player because they are still only going to have three minutes to be assessed. Three minutes is simply not long enough to give medics a suitable window to diagnose concussion – a position that other sports, such as rugby, have quickly come to realise.

“In addition, failing to agree to the scrutiny of independent doctors is a missed opportunity. The decision if a player should continue following a suspected concussion should be made by an independent doctor away from the intensely competitive pressures on the team. 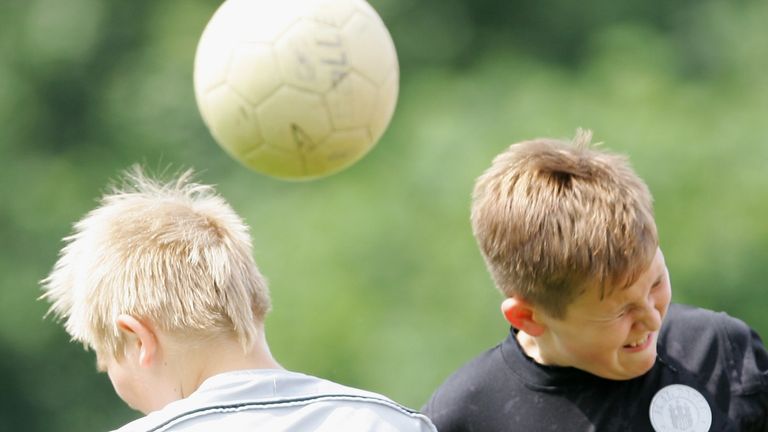 “The decision is even more baffling just a few months after the University of Glasgow found that former professional footballers were 3.5 times more likely to die of brain disease.

“Rugby has shown that concussion substitutes can work, and whilst its 10-minute assessment of players is not perfect – concussion symptoms can sometimes take hours or days to show – it would reduce the risk to players whilst also taking away unnecessary pressure on the affected team or coach. It is a simple and viable solution that would protect the health of players.

“IFAB has once again failed to grasp the nettle and do the right thing by the players.”

IFAB decided against introducing concussion substitutes into the laws of the game as they believe more research is required, but say the trials could take place at this summer’s Olympics.

An IFAB statement read: “The International Football Association Board… agreed to draw up protocols to be used in trials for substitutions in cases of concussion.

“The IFAB also agreed that more research data is required before proposing possible changes to the Laws of the Game.