Antonio Conte’s torturer in chief Gian Piero Ventrone is getting Tottenham up to speed for the new season in Seoul… his fitness drills regularly make stars VOMIT, but they still love him!

Gian Piero Ventrone is Antonio Conte’s torturer in chief, the fitness guru with a fearsome reputation charged with turning Tottenham’s players into the fittest and most resilient in the Premier League.

He was dubbed The Marine when he worked at Juventus, where he would pump Ride of the Valkyries out of loud speakers as his players ran, and installed a ‘bell of shame’ to be tolled by the first to drop out.

This week, in 30-degree heat and 70 per cent humidity here in Seoul, his trademark drill – 42 lengths of the pitch covered at a good lick with minimal recovery time – created a scene of devastation. 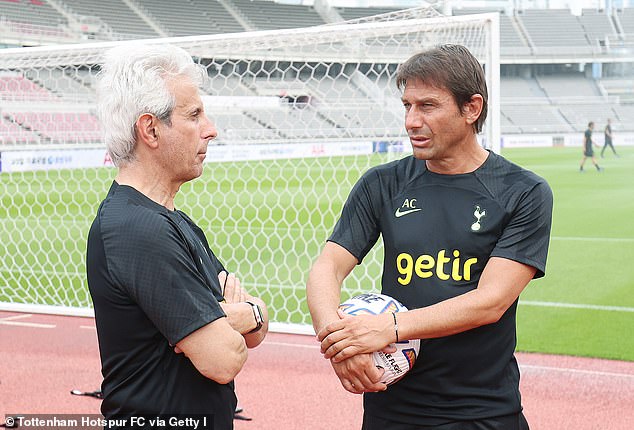 World stars were reduced to trembling physical wrecks and England’s captain Harry Kane was on his knees throwing up.

‘Even the week before in London was along those lines. I don’t know if there will be any teams fitter than us.

‘This is hard, the hardest pre-season I’ve had. It’s not like anything I’ve done before.

‘But you get a great satisfaction once the session is over.

‘Your mind has been tortured in the middle of it but when it’s done you feel proud and you go to bed thinking, “Yeah, I’ve worked hard today”. You’re just thinking, “Don’t quit”. Even if you crawl over the line or you have to jog or walk towards the end.

‘It’s that determination the manager has instilled in us to keep going and never quit.’

With no Wagner operas to pump through the speakers in Seoul’s World Cup Stadium, Ventrone urged local fans to cheer his players through the pain.

Once they finished and recovered enough energy to get back to their feet he gave them a cuddle, smile and word of encouragement. 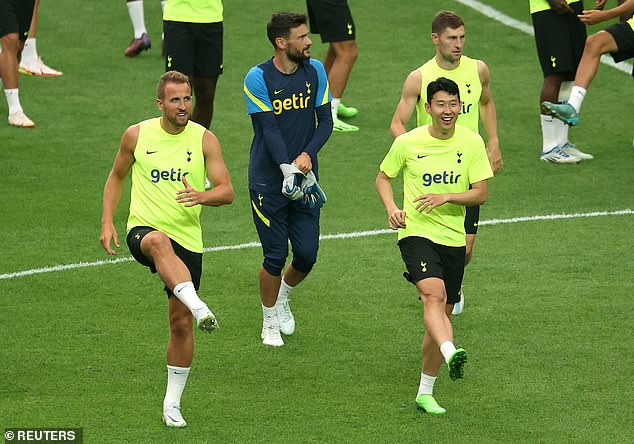 Conte, who came under his instruction as a player at Juventus, likes to joke that 62-year-old Ventrone has gone soft.

‘It’s funny because normally when you have a fitness coach like that who is running you ragged you start to not like him — but we all absolutely love him,’ said Doherty.

‘We’ve got so much respect for him that we do whatever he tells us to.’

Doherty missed the final seven games of last season with a knee injury and has worked through the summer to make sure he is in shape to compete for a place in Conte’s new-look team.

‘My plan is to stay and fight for my place,’ he said. ‘We’ve got an exciting season ahead. Why would I want to go anywhere else?’ 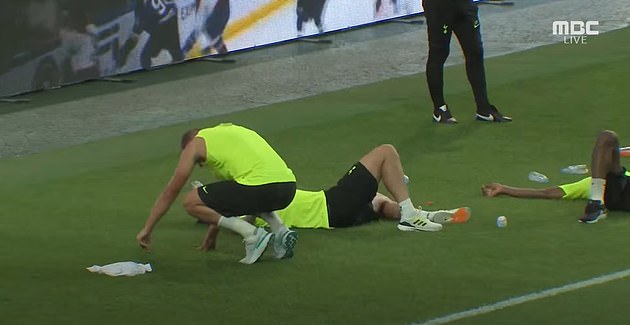 A number of players had to run 42 lengths, while those late back had to still complete 30 runs