Premier League bosses have agreed to introduce a multi-ball system for the upcoming campaign with 10 match balls in place to try and speed up the game, but former referee Keith Hackett doesn’t think it will work. According to the Daily Mail, the multi-ball system will see ‘ball assistants’ placed around the pitch on cones to be ready at any given moment.

The system has already been used in both the Champions League and Europa League with balls placed on cones around the pitch. It’s also not a completely new innovation in English football having been trialled before during Hackett’s time as the PGMOL boss.

But Hackett recalls how some clubs would try and use the system to their advantage before it was quickly scrapped. “There was an abuse of the system,” Hackett told Football Insider. 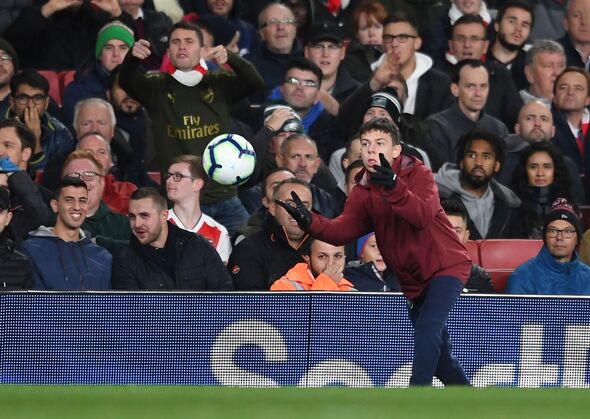 “Maybe in those early stages, clubs didn’t train the ball boys and on more than one occasion you had two balls on the pitch which is a dilemma. There were issues. There were clear levels of abuse within the system.

“At the time, Richard Scudamore, the CEO of the Premier League decided to kill it and said ‘We’re not having it, it’s abused and it’s’ not achieved what it’s set out to achieve’. They use it in Europe and we don’t even talk about it because it’s in operation. Having said that, I heard someone from Uefa say the average game has the ball in play for less than 50 minutes so the multi-ball doesn’t help.

“If we think the multi-ball system is going to speed things up and be the saviour, whoever has thought that in the Premier League has got it wrong. It’s a number of things, the treatment of injuries, the time it takes for substitutions. We’ve got referees that need to be educated to speed their process up.

“One thing that we can’t avoid is the negative tactics that some teams will employ against a big club. They will slow things down within the laws of the game – time delaying not time wasting.”

Along with the multi-ball system, the Premier League will also reintroduce the ability for clubs to make five substitutions next season. Arguably the biggest change for the upcoming campaign though will be the mid-season break when the 2022 World Cup takes place in Qatar.

The last Premier League matches will be played on the weekend of 12-13th November before the season resumes on Boxing Day.