Chorley’s fairytale FA Cup run could earn them as much as £500k, claims boss Jamie Vermiglio… who now hopes to travel to Liverpool in the fourth round after non-League club’s historic win over Derby

Chorley boss Jamie Vermiglio has predicted the non-League club’s FA Cup windfall could hit as much as £500,000.

Derby, who were only able to field a team of youngsters, became the third EFL club dumped out of the competition by the National League North side.

Vermiglio stated that the Magpies had already staved off potential financial oblivion by reaching the third round but believes they can now start using prize money to enhance their infrastructure.

Chorley boss Jamie Vermiglio says his team’s FA Cup windfall may reach as much as £500,000

‘First and foremost, it’s the confidence it gives us – Chorley is on the map now and for us it’s a boost,’ he said.

‘We’re in the limelight and it’s good to be out there getting that publicity. Secondary is the financial side of it. We’ve made around £250,000 before Derby and goodness knows what it’ll be now.

‘We could possibly get to £500,000 and for a club like us, not only does it save us, it enables us to grow, to build for next season and beyond.’ 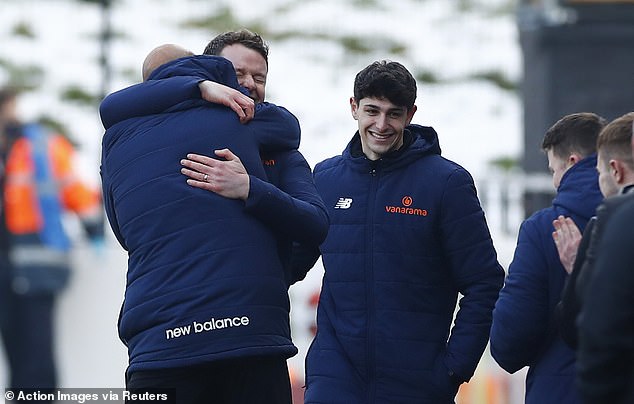 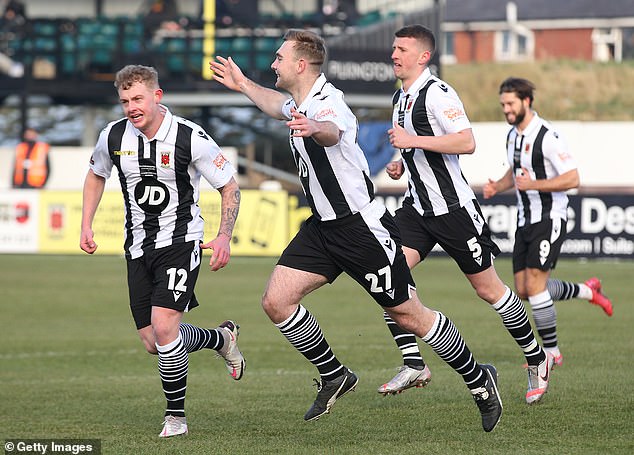 Chorley will be in the hat for both the fourth and fifth round draws on Monday and Vermiglio – a lifelong Liverpool fan – only wants one opponent.

‘I’d like Liverpool away,’ he laughed. ‘I’m ecstatic. It’s a really proud moment for me and the club. It’s unreal, just amazing.

‘I’m really proud of them and really pleased for the players who have put in so much effort.

‘For a team who were bottom of National League North after four games with zero points, to get to round four is unbelievable.’