Chelsea owner Todd Boehly has not given up hope of signing wantaway Manchester United forward Cristiano Ronaldo this summer according to reports. The Portuguese superstar has reaffirmed his desire to depart Old Trafford in the current window and the Blues are believed to be ‘still keeping tabs’ on the iconic United No 7 as they remain short of a centre forward.

After it emerged Ronaldo had informed United of his desire to move on this summer in order to appease his insatiable appetite for Champions League football next season, Thomas Tuchel’s side were one of a number of top teams from across Europe linked with capturing the 37-year-old. However, Chelsea initially distanced themselves from signing the five-time Ballon d’Or winner following reports the player’s agent Jorge Mendes had put forward the prospect of a shock move to Stamford Bridge.

It now seems the Blues haven’t completely ruled out a move for the United striker this summer. According to 90min, recently-elected Chelsea owner Boehly is still keeping tabs on Ronaldo’s situation as the west London club remain without a recognised centre-forward within their ranks.

Ronaldo, accompanied by Mendes, returned to United’s Carrington training complex on Tuesday for the first time since the end of last season to hold crisis talks with the club’s chief executive officer Richard Arnold and manager Erik ten Hag. The pair are thought to have reiterated Ronaldo’s desire to depart the Red Devils in the current window.

Since United were informed of the striker’s intentions, the club have issued – and stood by – a not-for-sale stance, with the forward considered a part of Ten Hag’s plans going forward. However, during Tuesday’s meeting, it is understood Mendes proposed a number of options to United in order to facilitate Ronaldo’s Old Trafford escape this summer.

The potential of a loan move away, which would additionally include Ronaldo agreeing to another year on his contract, was mooted, though United are thought to hold the option of triggering a one-year extension to the striker’s deal anyway. The possibility of terminating Ronaldo’s deal a year early was also proposed, in order to enable him to join a new club on a free transfer. 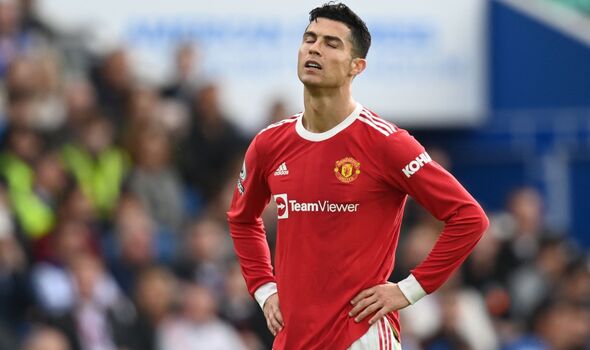 Mendes and Ronaldo are also said to remain calm over the forward’s future and believe there are a number of options available. That’s despite representatives from both Bayern Munich and Atletico Madrid publicly ruling out moves for the Portugal captain. A mega-money move to Saudi Arabia is also thought to have been dismissed by Ronaldo.

Having allowed Romelu Lukaku to return to Inter Milan on loan earlier in the summer, Chelsea find themselves somewhat short in attack. Though England winger Raheem Sterling has been added to Tuchel’s ranks, the Blues lack a central figure to lead the line. Timo Werner is also expected to follow Lukaku out of the door in the current window, leaving the Blues in need of recruiting some further firepower upfront.