Chelsea have a number of injury concerns as they prepare to return to Premier League action against Bournemouth this weekend. Frank Lampard is expected to make a number of changes after the humiliating 3-0 loss to Bayern Munich in midweek.

However, the Chelsea manager’s options are limited with Tammy Abraham still struggling to reach full fitness.

The Blues’ top scorer has been sidelined with an ankle injury in recent weeks but came on as a substitute at Stamford Bridge on Tuesday, only to reportedly aggravate the problem during the warm-down.

N’Golo Kante also missed the hammering at the hands of Bayern due to an abductor injury and Callum Hudson-Odoi has been on the treatment table with a hamstring issue.

Meanwhile, there are conflicting reports about the fitness of Christian Pulisic as he targets a return to the first team.

Lampard recently revealed that the USA international was suffering with a “difficult injury”, thought to be thigh/abductor problem, which has kept him sidelined since New Year’s Day.

“Christian Pulisic is still not fit,” said the Blues boss.

“At the moment I can’t give you an exact date [as to when he will be back]. It is a difficult injury. We are working with that.”

However, The Athletic report that Pulisic is nearing a return to first-team training and should be available for selection soon.

It remains highly unlikely that Pulisic will be available this weekend, although Chelsea supporters will be glad to hear their flying winger will be back in action imminently.

There is further positive news concerning Ruben Loftus-Cheek, who has not featured all season due to an Achilles injury.

The midfielder has spent 10 months on the treatment table but was included in the matchday squad for the 2-1 win over Tottenham last weekend.

Loftus-Cheek was left out against Bayern but could now be ready to earn his first competitive minutes of the campaign. 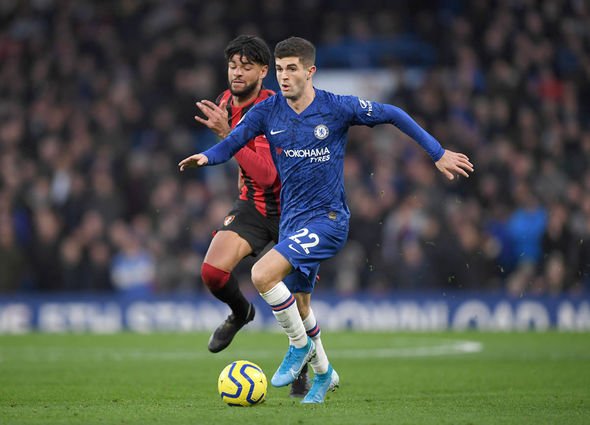 Marco van Ginkel is the only other absentee as he continues his rehabilitation following an anterior cruciate ligament injury.

While the extensive injury list limits Lampard’s options against Bournemouth, he is still likely to make changes after such a poor performance against Bayern.

Two goals from Serge Gnabry and a tap-in from Robert Lewandowski ensure that Chelsea have a mountain to climb when they travel to Munich for the second leg of their Champions League last 16 tie.

Lampard named an unchanged starting XI against the Bavarian giants but is expected to alter his side’s formation this weekend.

Kepa Arrizabalaga is still out of favour so Willy Caballero should retain his starting berth in goal but, instead of fielding wing-backs in a 5-2-3 line-up, the Blues manager is more likely to return to the 4-3-3 utilised earlier in the campaign.

This means Marcos Alonso, who was shown a red card for a swinging arm in midweek, could drop out with Cesar Azpilicueta moving to left-back and Reece James shifting to an ortodox right-back role.

Jorginho, Mateo Kovacic and Mason Mount are likely to retain their midfield berths while Olivier Giroud should lead the line but Ross Barkley could make way for the returning Willian. 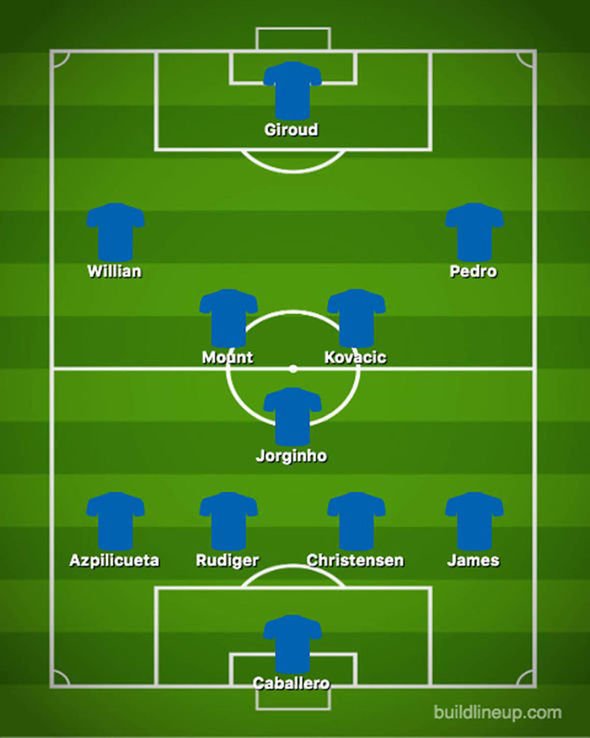 Related posts:
Previous Post: Tyson Fury: What happened in the final hours of the mission to bring home the belt?
Next Post: Arsenal offered Aubameyang and Lacazette contract hope because pair are ‘very, very happy’