Chelsea have signed Finnish starlet Jimi Tauriainen on a three-year deal after the 16-year-old resisted a move to Serie A.

The winger will join the Blues from HJK Helsinki in the summer despite having trials at Juventus and Inter Milan.

Tauriainen, whose father Pasi was a Finland international, has been watched closely by top European sides this year. 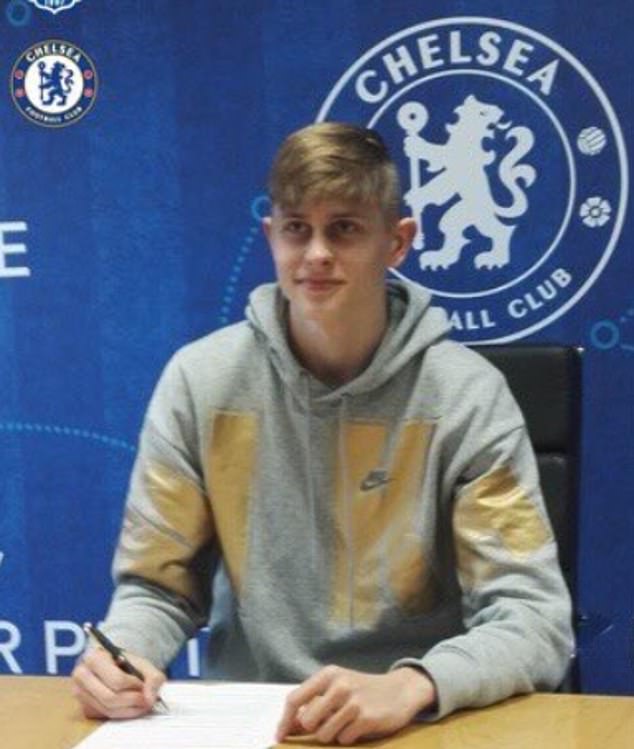 He trialled with the two Italian giants and was asked to train with clubs in Germany and the UK before settling on Chelsea.

The youngster, whose brother Julius, 18, plays for Bundesliga outfit Freiburg, made a name for himself when he was player of the tournament at the Gallini World Cup in Budapest last year.

He scored twice in the final as he led HJK04 to victory. He has also bagged four goals in six matches for Finland Under 16s. 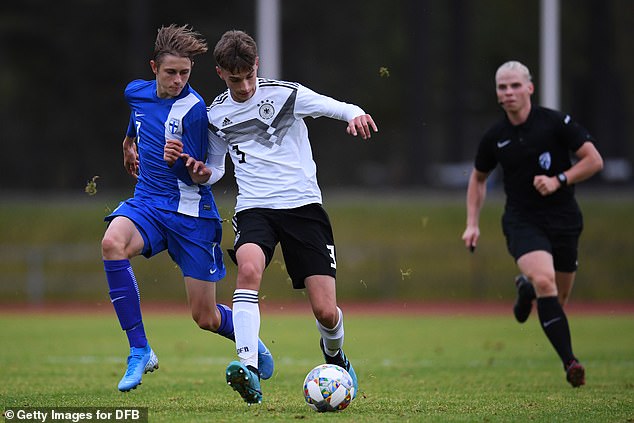 Tauriainen (left), whose father Pasi was a Finland player, has been watched closely by top sides

After four years at his homeland’s largest club, Tauriainen and his family took careful consideration before settling on the west London side.

But he has now been pictured smiling with Blues’ boss Frank Lampard and signing his Chelsea contract.

Tauriainen’s childhood club FC Wild said in a statement: ‘Jimi Tauriainen has signed a three-year deal with Chelsea FC under which Jimi will join the club on July 1, 2020. 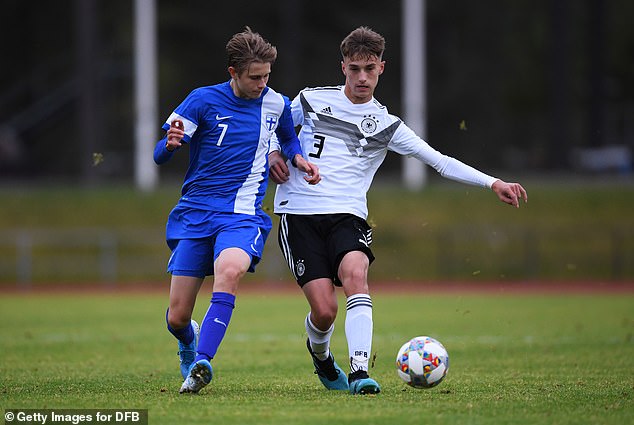 ‘Jimi started his career at FC Wild in 2009 at the age of five, playing for his boyhood club for seven years before moving to HJK (Helsinki) in 2016 at the age of 12.’

Ahead of his move to Stamford Bridge, the youngster reportedly plans to go fishing with some of his team-mates.