Chelsea booked a place in the FA Cup final against Arsenal with a superb 3-1 win over Manchester United in the semis at Wembley. Olivier Giroud opened the scoring with a deft touch before Mason Mount made it two with a fine strike after the break. Harry Maguire’s unfortunate own goal wrapped things up for Frank Lampard’s side with 15 minutes to go. Bruno Fernandes then scored a late penalty for United.

Didn’t have too much to do but did well with his feet and saved nicely from a Bruno Fernandes free-kick.

Good going forward ing to himself about the pitch – combined will with Azpilicueta down the right side.

JUST IN: Andy Robertson and Kieran Tierney in agreement over comparisons

The more solid of the Rudiger-Zouma partnership, started attacks from the back as well as anybody. Did well to force Harry Maguire’s own goal.

Had a sterling game for Chelsea, more than played his part as Blues captain and crossed for Giroud’s goal.

Decent game for the Spaniard. Arguably should have scored in the first half but did well defensively.

Did brilliant in midfield against Bruno Fernandes and worked hard for Frank Lampard’s side throughout. Some winding runs in the second period. 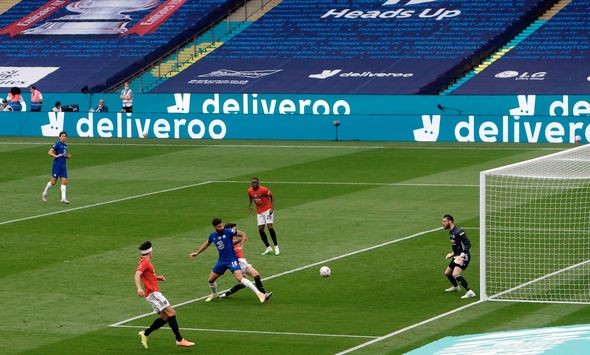 Controlled large parts of the game in the first half and worked well with Kovacic in the second to cut out United attacks.

Really energetic pefroamnce from Mount, who got on the scoresheet with a great strike in the second half. Superb from the 21-year-old.

Experienced game from the Brazilian – used his pace in dangerous areas but lacked a little end product at times. 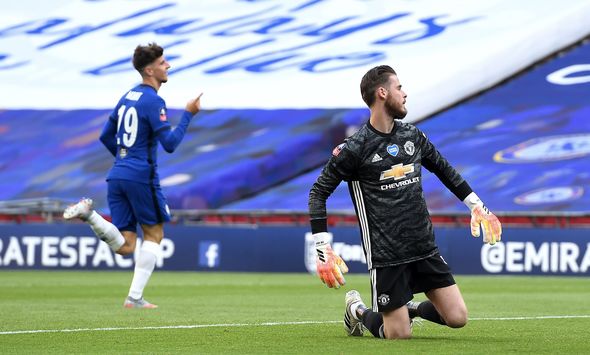 Handful all afternoon for United’s defence and bullied Maguire at times. Put Chelsea ahead with a cute touch.

Hustled well and worked United’s centre-backs in the last 10 minutes.

Wasn’t on the pitch long but conceded a penalty.