Chelsea’s transfer window has been handed yet another blow as it has been reported that Paris Saint-Germain defender Presnel Kimpembe has decided not to leave the club. The Blues also appear to have missed out on Barcelona-bound Jules Kounde, a long-term target, meaning their defensive woes remain unsolved.

Following the departures of Antonio Rudiger and Andreas Christensen, signing defenders has been a priority for Chelsea this summer. However, they have encountered several issues despite their willingness to spend big in order to revamp their backline.

After Nathan Ake decided that he wanted to stay at Manchester City and Barcelona hijacked the Blues’ deal for Kounde, Kimpembe looked to be the next name on the list for Thomas Tuchel’s side to press on with signing. However, the France international has now turned his back on a move to the Premier League, says Le10Sport, despite several phone calls with Tuchel about his project in London.

PSG were open about selling the 26-year-old as long as their valuation of approximately £43million was met, but the defender has now decided that he would like to remain at his boyhood club for the foreseeable future. Chelsea will now be forced to look elsewhere or risk heading into next season with an understocked backline.

According to Sky Sports, Leicester City defender Wesley Fofana is now being eyed up by the Stamford Bridge outfit. The Frenchman was ruled out for most of last season through injury but has previously been cited as one of the most exciting defensive talents coming through the ranks in the Premier League, being 21 years old.

RB Leipzig defender Josko Gvardiol, previously linked with a move to Tottenham, is also reportedly on the shortlist of potential signings for Chelsea this summer – though the Bundesliga outfit are expected to demand a significant fee for the 20-year-old. Milan Skriniar of Inter Milan is also of interest, though PSG are thought to be at the front of the queue for the Slovakian. 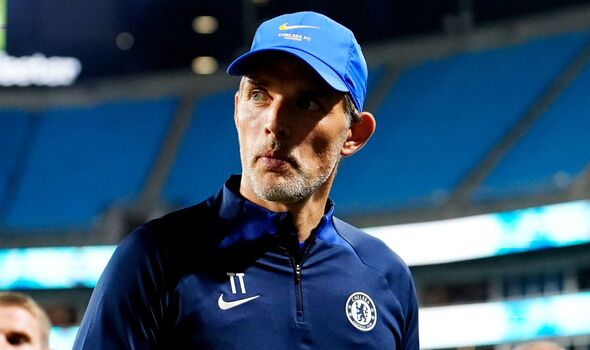 Chelsea’s previous signing of Kalidou Koulibaly from Napoli will certainly soften the blow of Kimpembe snubbing them, though there are fears that the side’s defensive crisis could worsen in the coming weeks. Both Cesar Azpilicueta and Marcos Alonso have been linked with making a move to Barcelona, meaning that Tuchel’s backline will lack further depth and require further investment.

Speaking about the approach for club captain Azpilicueta, Tuchel told Sky Sports News: “I understand his wish, his concerns, his thoughts about his career and his personal life, but he is also our captain, a huge captain and a legend and a winner. And I don’t see many reasons as my role as manager to give up on all these strengths that he has.”