Chelsea fans have been left dismayed by their potential red and blue striped third kit for next season which has been leaked.

Footy Headlines published pictures of the apparent new strip, but it hasn’t been received warmly by many Blues fans – who are already comparing it to Crystal Palace’s home kit.

The shirt could be Chelsea’s first with phone provider ‘3’ who are set to become the new sponsor on the front of the red and blue shirt with vertical stripes. 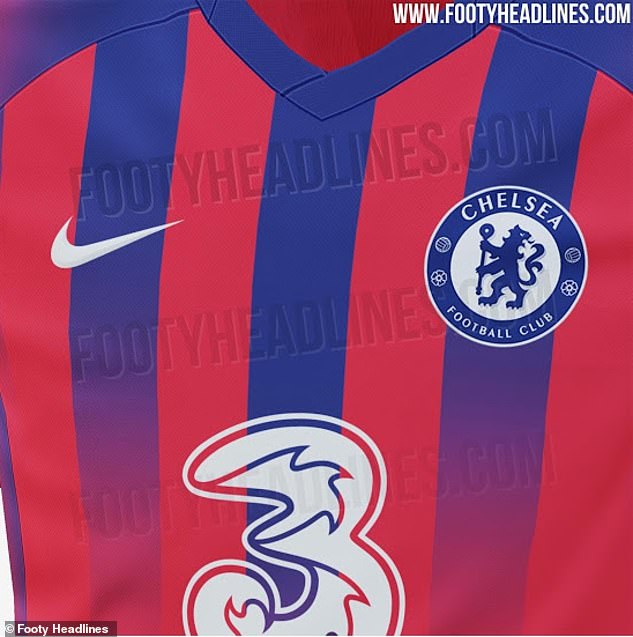 Chelsea and ‘3’ agreed a three-year deal for their logo to appear on their shirts from the 2020-21 season.

The kit, made by Nike, is expected to be made available to fans in September.

But new sponsors aside, fans of the west London club remain unimpressed with the design of the kit, with one fan – disappointed in its similarity to their London rivals – said: ‘No, we aren’t Crystal Palace. Stop that’. 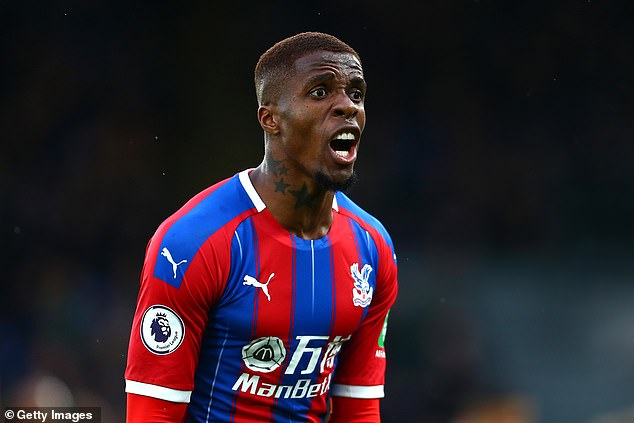 However, while their kits look alike, one fan was left hoping that Frank Lampard’s men would avoid playing like Roy Hodgson’s side when he said: ‘Please just don’t start playing like Crystal Palace.’

There were other fans who nevertheless preferred to think about the possible arrivals who could be seen in the kit next season.

One of the potential arrivals could be Palace’s star man Wilfried Zaha, and given the minimal differences between the two kits, many have started speculating just how seamless it could be for the forward to make the move across London this summer.

The Blues were reluctant to meet the £80million valuation for the Ivory Coast international in the January window, but one fan joked that the kit has been leaked as a manner of tempting Zaha to west London by saying: ‘Zaha to Chelsea confirmed.’

But if the Blues are to attract star players like Zaha to Stamford Bridge this summer, they will need to secure a top-four spot.

The club have also been linked with Borussia Dortmund’s Jadon Sancho, RB Leipzig centre-back Dayot Upamecano and Gent forward Jonathan as reinforcements for Lampard this summer.

But his side currently sit just three points ahead of Manchester United in the final Champions League spot as they face the final 10 games of the season.

There has as yet been no official announcement from Chelsea as to whether this leaked strip will indeed be their third kit for next season or if it is just a concept design. 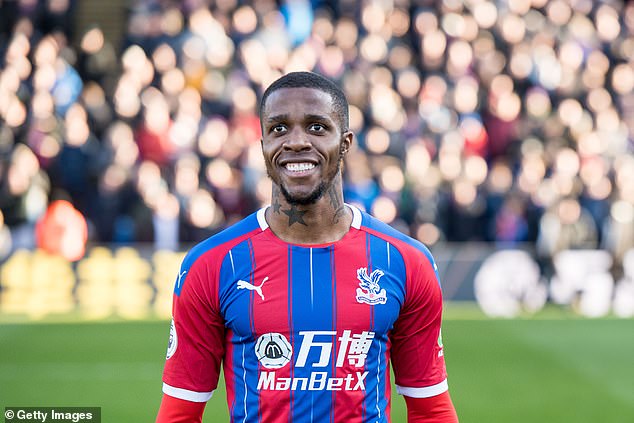