Chelsea boss Thomas Tuchel has been a big fan of Dayot Upamecano since he was managing Borussia Dortmund, and will likely make a move for him this summer, reports suggest.

Upamecano is one of the most sought-after players in world football at the moment.

The RB Leipzig defender has a release clause of just £42million in his contract, which will become active at the end of the season.

As a result, a host of clubs are queueing up to try and secure his signature in the summer.

Bayern Munich are believed to be the frontrunners, considering they will lose David Alaba at the end of the campaign.

But Premier League sides Liverpool and Manchester United are both said to be interested, though the latter are also looking elsewhere.

Chelsea are also interested, it has been reported, and could be tempted to make a bid of their own in the summer.

The Blues were linked with a move when Frank Lampard was in charge, and it seems they’re still interested now.

Tuchel, who previously managed in the Bundesliga with Dortmund, holds Upamecano in high regard according to The Guardian.

Paris Saint-Germain were also said to be interested in Upamecano, but have started to look elsewhere due to the unlikelihood of a deal being made.

Tuchel was asked about transfers during a press conference this week, but remained coy over his plans.

Chelsea have also been linked with a move for Borussia Dortmund centre-forward Erling Haaland, though it seems they would have to pay through the nose for him.

And Tuchel refused to get too drawn into the speculation when pressed on it. 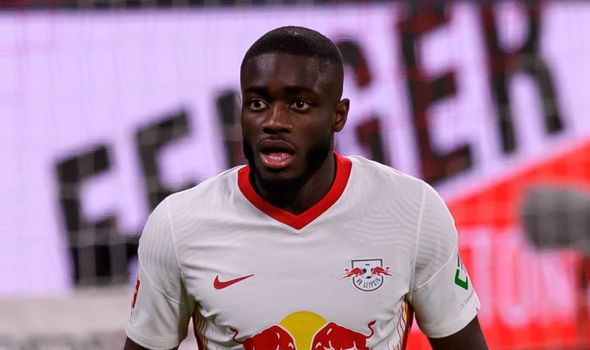 “I am also always a fan and interested in what is going on. But now is February. There is a long way to go. As you know me or maybe get to know me better, I will not talk about other players publicly when they are under contract.

“This is the kind of respect we show to them but show first of all to our players.

“We think about our central defenders and our strikers first and we push them to the limits. Everything else will be decided behind closed doors.”