Chelsea returned to winning ways on Friday by beating Udinese 3-1 in northern Italy. N’Golo Kante, Raheem Sterling and Mason Mount were on the scoresheet for the visitors, which was more than enough to cancel out Gerard Deulofeu’s goal just before the interval. With the Blues edging closer to competitive action, Express Sport takes you through five things we learned from their latest pre-season test.

Having been thrashed by Arsenal last time out, the German insisted that the squad, in its current state, could not be competitive. The Blues are pushing hard to sign top-quality defenders this summer, but they have ultimately fallen short in every pursuit aside from Kalidou Koulibaly.

The Senegalese started in Italy alongside experienced duo Cesar Azpilicueta and Thiago Silva, but Udinese showed that the Chelsea defence was there to be got at. Deulofeu’s first-half goal was a relatively sloppy one to concede, and Tuchel’s men survived a handful of other scares to emerge victorious.

Marquee summer signing Raheem Sterling got off the mark on Friday evening, receiving the ball while stood on the shoulder of the last defender and swiftly turning with his first touch before his fumbled shot trickled into the net. While the finish left plenty to be desired, the movement suggested that he could notch plenty of goals for the Blues this campaign.

The England international was a threat throughout the game and could have ended up with even more, striking the base of the post with a shot from outside the box in the second half. Blues fans will invariably be delighted to have seen him get almost a full 90 minutes under his belt.

While Chelsea’s defensive display was not totally convincing as a whole, former Napoli stalwart Koulibaly looked commanding on the left side of the back-three. An impressive first half showed that he is comfortable on the ball and still has bags of athleticism at 31.

That was on full display when he sprinted across to stop a promising Udinese attack with an eye-catching slide tackle, and while fans may have expected him to hold his own against familiar Serie A opponents, it was still a performance full of promising signs that he should have no problem adjusting to the Premier League when competitive action gets underway. 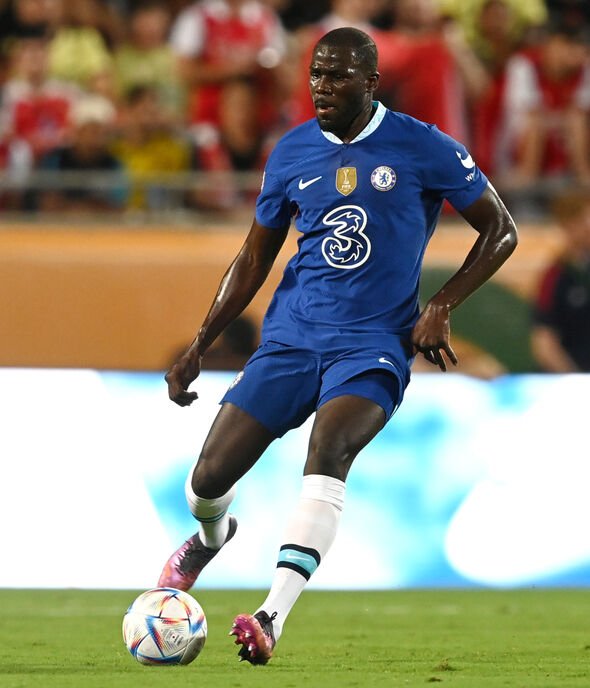 Vale given chance to shine

Highly-rated teenager Harvey Vale may have been disheartened when he was axed from the senior squad’s pre-season tour of the USA, along with Armando Broja, Tino Anjorin and Billy Gilmour. But he was among the substitutes to get a runout on Friday, showing energy and intent after coming on while attempting to press from the front.

As the only player in the aforementioned quartet not to be linked with a move away from Chelsea, fans will be keeping a close eye on his progress this term. At just 18 years old, the midfielder is already a regular with England U19s and has five senior Blues appearances to his name.

Blues bounce back from Arsenal thrashing

While it may not have been the statement scoreline that Tuchel would have dreamed of last night, Chelsea still returned to winning ways against a solid team who finished 12th in Serie A last term. Furthermore, they kept livewires Destiny Udogie and Roberto Pereyra broadly at bay, putting together a professional performance that could have seen them win by a wider margin.

It’s a far cry from the humbling 4-0 defeat to the Gunners last time out, which sparked a gloomy reflection from Tuchel on the state of his squad. The Blues now have just a matter of days to wait until their Premier League season kicks off on August 6.