Ten-man Benfica held on for 0-0 draw at PSV Eindhoven on Tuesday to reach the lucrative Champions League group stage with a 2-1 aggregate win over the Dutch side after having defender Lucas Verissimo sent off in the first half.

Swiss side Young Boys joined them after a 3-2 victory at Ferencvaros secured a 6-4 overall win against the Hungarians and Swedish champions Malmo followed in their footsteps despite a 2-1 loss at Bulgaria’s Ludogorets as they qualified 3-2.

With the away goals rule no longer in place this season, PSV missed a string of chances to force extra time with Eran Zahavi hitting the crossbar from three metres with the goal at his mercy in the 62nd minute. 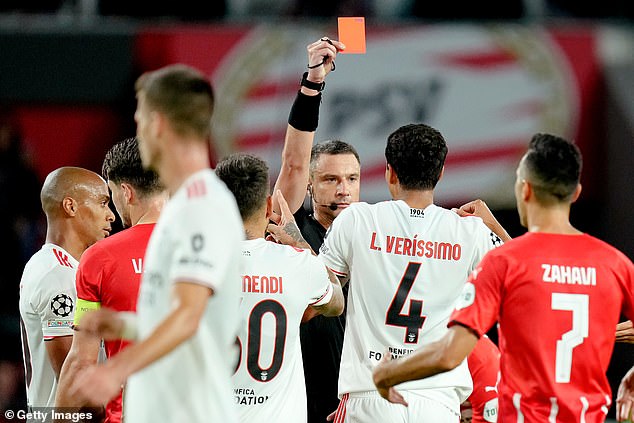 Benfica were on the back foot after Verissimo was shown a second yellow card for elbowing an opponent in the 33rd minute but PSV, who won the 1988 European Cup when they beat twice former winners Benfica on penalties, failed to capitalise.

Ferencvaros fell behind to Young Boys on the night early on to a Cedric Zesiger header and then went level on aggregate after Henry Wingo and Ryan Mmaee hit back before Christian Fassnacht put Young Boys back in the driving seat.

The Hungarian side did themselves no favours when Aissa Laidouni was sent off for a second bookable foul in the 64th minute and late substitute Felix Mambimbi struck in stoppage time to seal Young Boys’ progress. 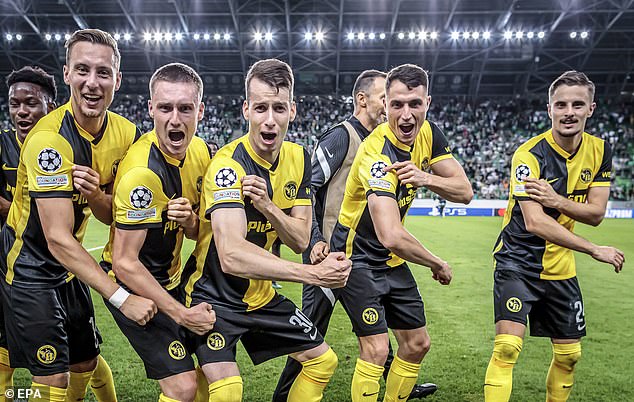 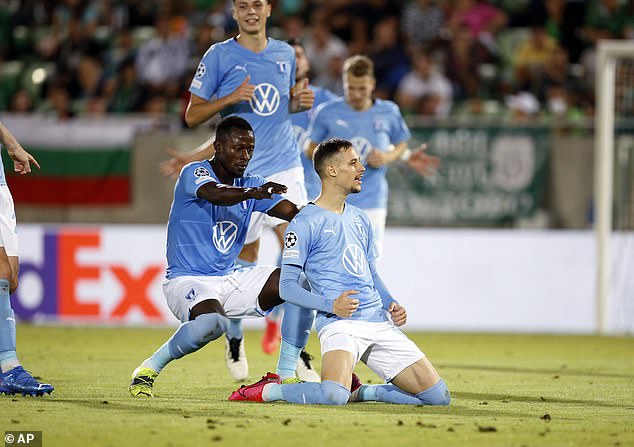 Ludogorets, trailing 2-0 from the first leg in Sweden, pulled one back through Anton Nedyalkov in the 10th minute before Malmo’s Serbian midfielder Veljko Birmancevic levelled on the night with a screaming long-range effort.

Pieros Sotirou restored the Bulgarian side’s hopes of advancing when he converted a penalty on the hour after Antonio Colak handled but the visitors held on in the closing stages.