Jamie Carragher was left in hysterics on Friday morning after Louis Saha admitted he cut it fine arriving to Manchester United team meetings because ‘I knew I could p*** you off’.

The former Fulham, Everton and United striker was a guest in the latter stages of Friday’s The Football Show on Sky Sports and briefly came on to talk about life in lockdown in the south of France.

But Neville could not let the opportunity go to waste and wanted to call out his former team-mate for turning up to team meetings just as they were about to start. 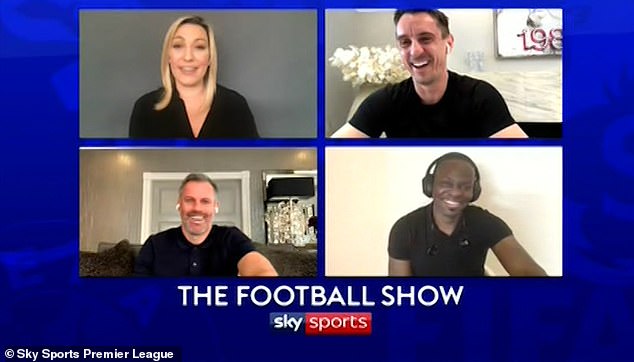 Asked by Neville why he turned up 15 seconds before Sir Alex Ferguson’s briefings started, Saha shot back: ‘I knew I could p*** you off so I did it on purpose.’

That prompted Carragher to burst out laughing in the background with Neville also finding it hilarious.

When the laughter had calmed down, Neville lauded Saha with praise and admitted Sir Alex consulted his senior players before buying the striker from Fulham for around £12million in 2004.

‘We all said “yes”. He was unbelievable with Rooney, amazing. He gave me nightmares when I played against Fulham.’ 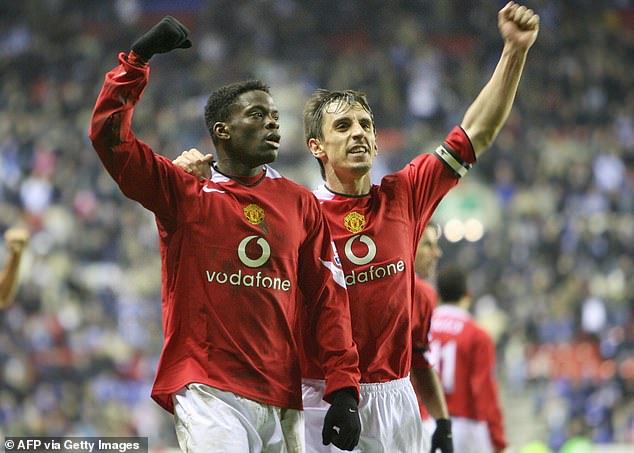 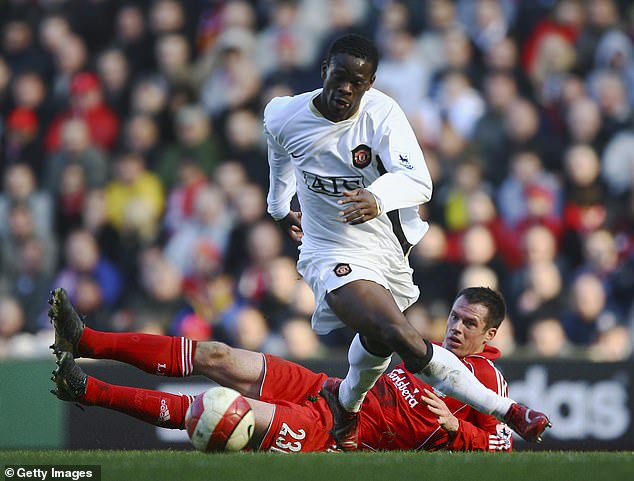 Saha scored 84 goals in 288 Premier League appearances, winning the title twice and the Champions League in 2007/08.

Carragher added: ‘I came up against him for lots of teams, some of Liverpool’s biggest rivals in United and Everton.

‘He was the best at going short and then spinning off in behind.

‘Very few strikers do that so it was definitely something you caught me off guard with a few times.’

Asked to explain why he felt his movement was key to scoring goals in the top flight, Saha explained: ‘Most of the defenders liked to be tight so I knew I could suck them in.

‘It was smart movement that I was trying to master. It’s combinations, trying to do different things and finding ways to upset the defender.’