Jose Mourinho doubted Tanguy Ndombele’s attitude and Tottenham’s record £54m signing was on the verge of leaving… but can he now turn things around in north London and fix Jose Mourinho’s broken midfield?

Jose Mourinho’s relationship with Tanguy Ndombele has hit the rocks on many occasions since the Portuguese arrived at Tottenham in November 2019.

A club-record signing from Lyon for an initial £54million last summer soon threatened to become an expensive flop as Mourinho became increasingly irritated by the Frenchman’s fitness and attitude, publicly calling him out in the media.

But on Thursday night, Ndombele spared Spurs from a potentially embarrassing European exit against Bulgarian outfit Lokomotiv Plovdiv in the second round of Europa League qualifying, scoring the winner with a header five minutes from time. 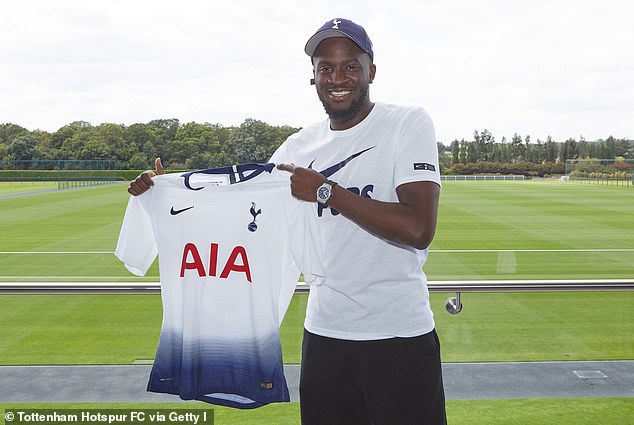 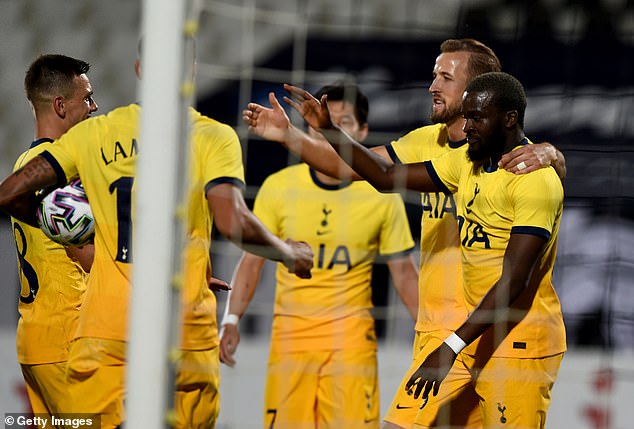 That cameo was lauded by Mourinho, and the comments themselves in turn provided a much-needed boost to the duo’s edgy relationship.

‘Tanguy is in a process of evolution,’ Mourinho said after the game. ‘In this moment he’s training very, very well. He’s recovering from his injury, he’s recovering physically and today he gave us what we needed in this last 30 minutes.

‘In this moment I believe in him. We made this decision together to not start the game because he also feels that he needs a bit more but in this moment I think that Tanguy can do well for us.’

Nevertheless, further comments from Mourinho following the win began to recall the darker moments of the ‘process’ Ndombele has been through for the majority of his Spurs career. 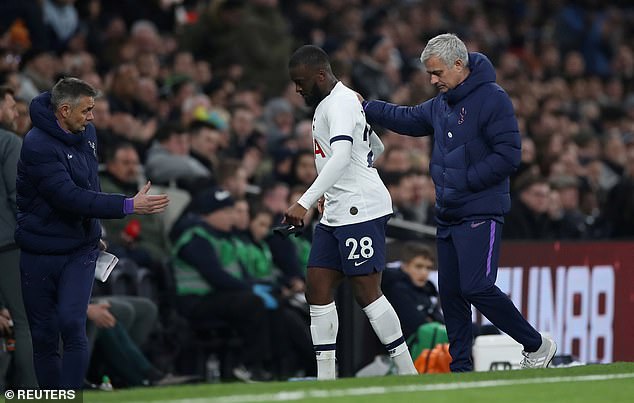 ‘Last season he was stuck in a situation where I couldn’t see evolution,’ Mourinho added. ‘I doubted in some moments his motivation and commitment and professional attitude.’

Even in the last few weeks of Mauricio Pochettino’s reign, there had been concerns over Ndombele’s fitness and his struggles to cope with the physical demands expected of him.

But the situation nosedived into potential chaos for the rest of the 2019/20 season after Mourinho’s arrivals as he started just six games, with none of them coming following lockdown as minor concerns became overbearing doubts over his first-team place.

In spurts, Ndombele displayed signs of the confidence on the ball, the ability to get the better of defenders and the intelligent passing to team-mates in dangerous positions that had convinced Spurs to sign him. 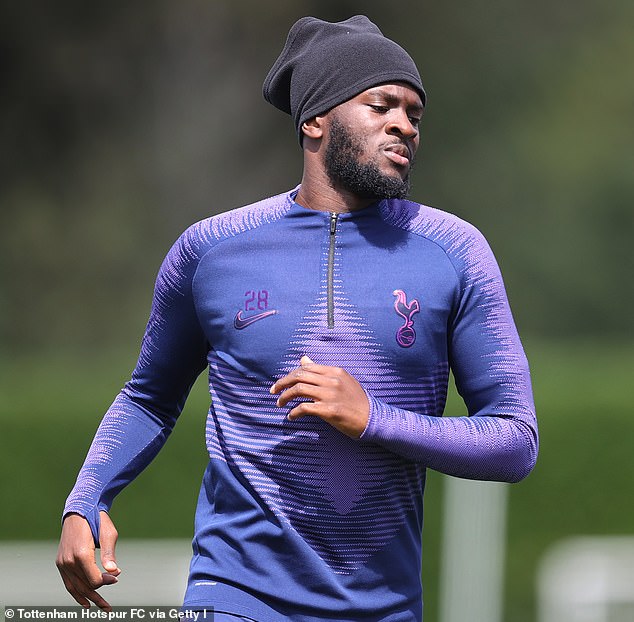 But too often was the consistency and general application – particularly in defence – lacking from him at key moments of Tottenham’s underwhelming campaign.

His lack of playing time saw his relationship with his boss continue to deteriorate to the point that reports in France indicated they were no longer on speaking terms and were only communicating through other Spurs first-team stars.

Ndombele reportedly told Mourinho he no longer wanted to play under him, and it appeared to leave Spurs in a tricky position of how to handle their record signing’s future this summer, with his relationship with Mourinho seemingly beyond repair.

However, at the Lokomotiv Stadium in Plovdiv, there appeared to be signs that a renaissance for Ndombele is not out of the question and if successful could allow him to become the player the Portuguese believes can emerge from the shadow. 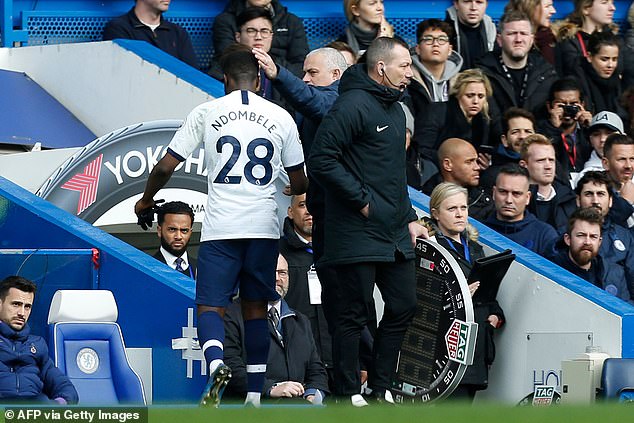 Heading home Lucas Moura’s cross for the winner after Harry Kane had equalised from the spot were the highlights of his exploits in Bulgaria, yet there were more long-term and urgent requirements that he appeared to fulfil.

There was verve and energy in abundance in his 30-minute cameo, adding incisiveness and directness to Spurs with his passing.

It is a trait they had been missing in the opening hour, and it was no surprise that their fortunes appeared to improve following the 23-year-old’s introduction for Moussa Sissoko.

The performance may serve as a limited sample size against modest opponents and represent the first proper occasion on which he has provided promise that he can deliver on the potential which has yet to be exhibited to the fanbase and the league consistently. 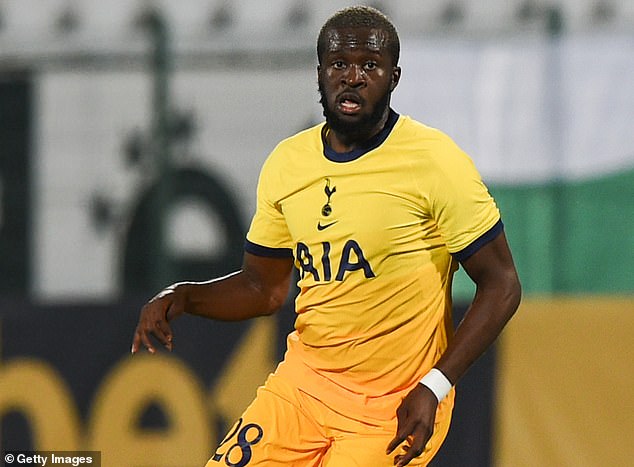 But after spending much of his time on the bench and being berated by his manager last season, a previously broken player could now be ready to step in at the just the right time and come to the aid of a similarly ailing midfield.

A midfield force driving the side forward has been missing at the Tottenham Hotspur Stadium ever since Mousa Dembele left for China last year, and that deficiency was well exposed by a visiting and ultimately victorious Everton side on the opening weekend of the new Premier League season.

New signing Pierre-Emile Hojbjerg and Harry Winks were the duo to be given the nod against the Toffees, but the partnership did not click as it lacked pace and creativity, with neither player capable of supplying the zip and speed Tottenham’s pedestrian spells of possession were crying out for.

Dele Alli started in the much more advanced role and with his flailing performances and growing speculation over his future after being left out of the squad in Plovdiv, Spurs could be left without the hope of the England international re-discovering his best form. 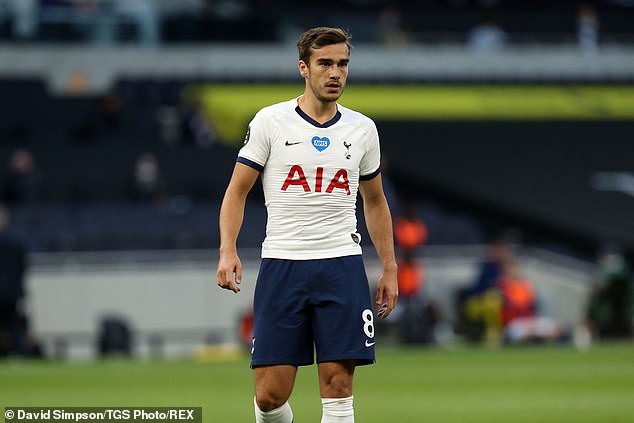 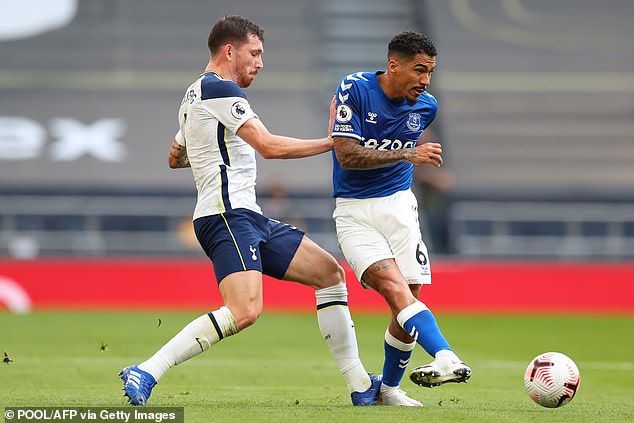 Winks’ midfield partnership with Pierre-Emile Hojbjerg (left) was nullified by Allan and co.

The Spurs midfield were too often bettered both physically and technically by their Everton counterparts, with new signings Abdoulaye Doucoure and Allan not having to move out of second gear to nullify the timid Tottenham midfield threat in tandem with Andre Gomes.

But regardless of Alli’s future and the role the often haphazard Sissoko will play in the squad, Mourinho hopes Tottenham’s issues in midfield can be resolved internally by Ndombele.

His inclusion could spell trouble for Winks, given that Hojbjerg is less than a couple of months into his Spurs career, but Ndombele’s consequent inclusion could offer the player and club an abundance of hope that some progress and regular playing time could be in sight.

The 24-year-old England international has many admirers at Spurs but the club must be ruthless if they are to fight for a Champions League spot this season. 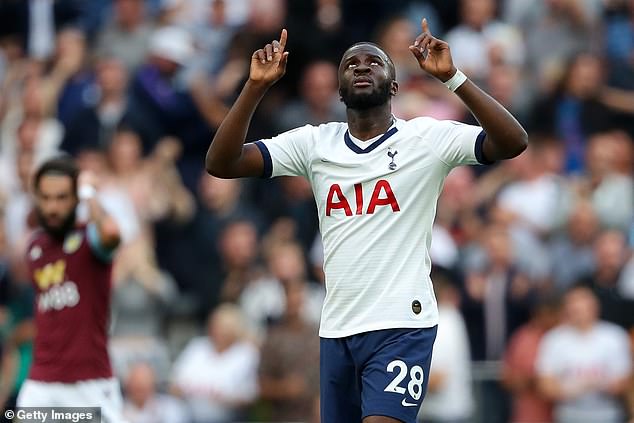 ‘I’m a fighter. I’ve always fought. I’m here today because I fought. I have never given up in football or in life,’ Ndombele told chairman Daniel Levy in a meeting about his future at the end of last season, as shown by the Amazon Prime All or Nothing documentary.

But now it appears Ndombele’s refusal to give in to the pressure and seek a move elsewhere has had previously unimaginable positive repercussions, helping the club save money in the transfer market if his Tottenham career finally takes full flight.

Fight and determination have come to define his life, but now the club are in desperate need of his more artistic talents in incisively opening up space for the likes of Harry Kane and Son Heung-min to come to the fore if the club are to fulfil their lofty season ambitions. 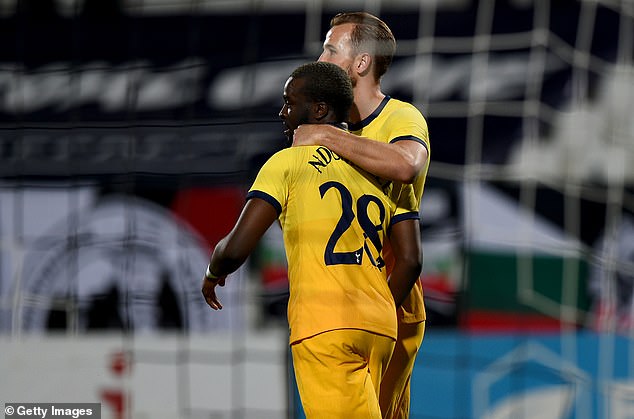