Dominic Calvert-Lewin believed Everton’s mastery of the ‘nasty bits’ of football was key to their victory over Arsenal on Saturday night.

The Toffees moved up to second in the Premier League table, five points behind leaders Liverpool, with a 2-1 win that piles more pressure on Arsenal boss Mikel Arteta as they languish in 15th position.

Rob Holding put through his own net to hand Everton a 22nd-minute lead, only for Nicolas Pepe to bring Arsenal level from the penalty spot 13 minutes later. 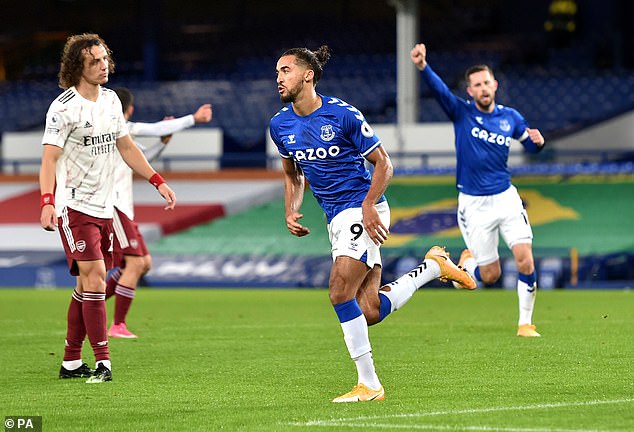 But Yerry Mina headed Everton’s winner just before half-time and Arsenal were unable to find a way back.

It was Everton’s third win in a week after victories over Chelsea and Leicester City as their form picks up again.

Striker Calvert-Lewin, who has scored 11 goals this season, told Everton’s website: ‘We had a really good start and then a blip but we knew one win would propel us in the right direction.

‘It’s important we continue that momentum. We’ve got three wins on the spin and here we are.

‘I thought we worked hard to a man and did the nasty bits well and that was what is important against a team like Arsenal with their quality. It was a good day all round. 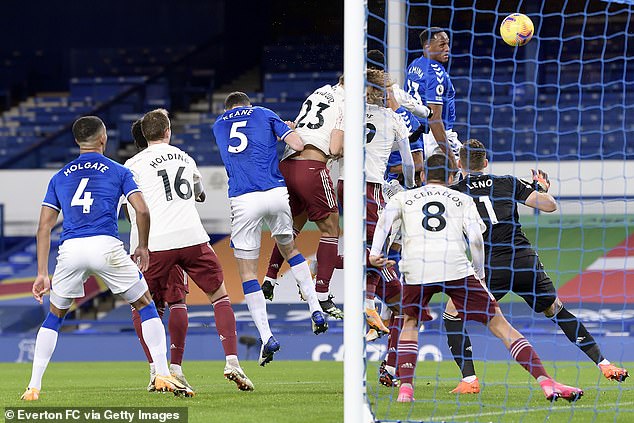 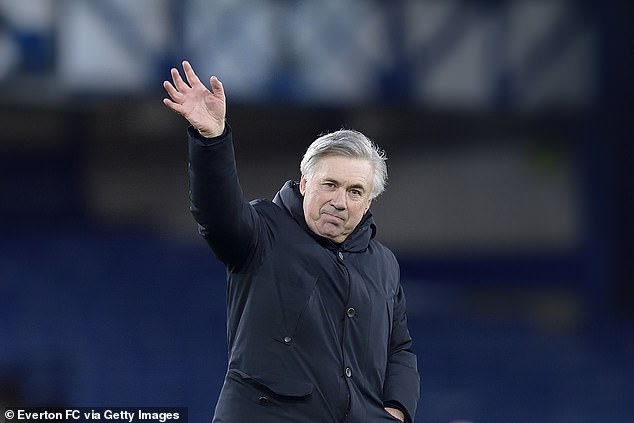 ‘Sometimes we don’t have the ball for periods but we never panicked and took our chances when they came.

‘When we’re setting up like that to let teams have a bit more of the ball I might not get many chances but it’s important that I do all the other parts well and play my part for the team.

‘I’ve scored a few goals already this season and I just look forward to the next game and hopefully we’ll continue to win them.’

Carlo Ancelotti’s side face another stiff test this Wednesday when they host Manchester United in the quarter-finals of the Carabao Cup before a trip to Sheffield United on Boxing Day.

Related posts:
Previous Post: NFL Week 15 roundtable: Which is the most dangerous team in the NFC?
Next Post: Graeme Souness slams Arsenal star for "jogging" before Everton’s first goal