RB Leipzig’s Bundesliga title hopes suffered a blow as visitors Freiburg held them to a 1-1 draw as the German top flight returned to action.

The voices of players and coaches echoed around empty stadiums, in which players wore face masks in the dressing rooms and during the warm-ups, respected social distancing on the benches and for the pre-match pleasantries, but then got stuck in on the pitch.

Leipzig wasted a slew of great chances after falling behind when Manuel Gulde struck but captain Yussuf Poulsen rose to head them level in the 77th minute, and they needed the assistance of the video assistant referee (VAR) to grab a point as Freiburg had a stoppage-time goal ruled out for offside when Robin Koch thought he headed home.

The draw leaves them five points off leaders Bayern Munich who are just one point ahead of Borussia Dortmund after they swept past Schalke 4-0. 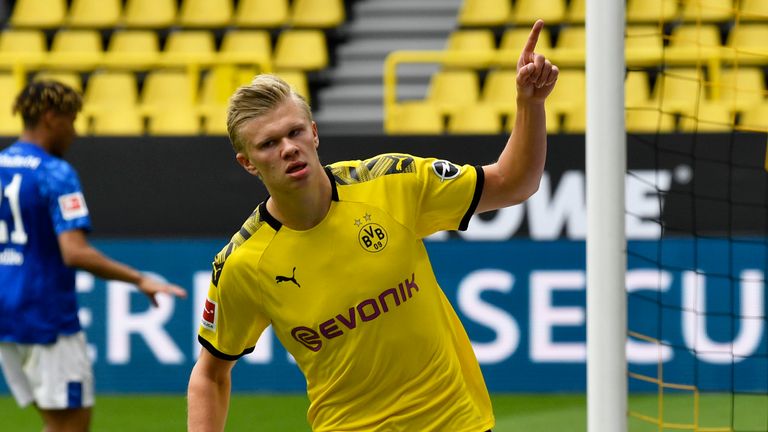 Daniel Ginczek struck a stoppage-time winner for Wolfsburg as they snatched a 2-1 victory at Augsburg.

The striker pounced from close range to move the visitors up to sixth in the table after Renato Steffen’s opener.

Tin Jedvaj had levelled for Augsburg and Felix Uduokhai thought his header had put the hosts 2-1 ahead but was disallowed by VAR. 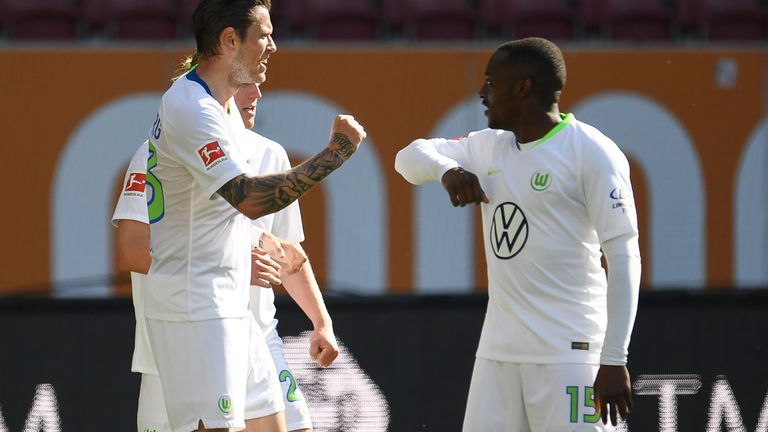 Hertha Berlin seemed at home in Hoffenheim‘s empty PreZero Arena as a flurry of second-half goals gave them a 3-0 away win as Bruno Labbadia won his first game in charge.

Kevin Akpoguma diverted Peter Pekarik’s shot into his own net after 58 minutes before Vedad Ibisevic guided a header home to score against his old club seconds later.

Matheus Cunha made sure of the points as he cut in off the left wing to score a fine solo goal.