This was always the gamble for Tony Bloom.

Brighton’s poker-playing chairman laid his cards on the table last summer, when he took a punt on Graham Potter in the belief that Brighton could do better than merely survive under Chris Hughton.

The rewards of his ruthlessness have been obvious.

Not many sides go to Arsenal and outplay them like Brighton did in December.

The lingering question though has always been this — what happens when the results dry up?

Following Saturday’s defeat by rivals Crystal Palace, Albion are one point off the drop zone, and among the thousands who fled the Amex before the final whistle, there seemed little solace in the prettiness of their play.

‘I am confident,’ said Potter. ‘I believe in the players, and in what we’re trying to do.’

It’s easier to keep the faith while destiny remains in your hands. 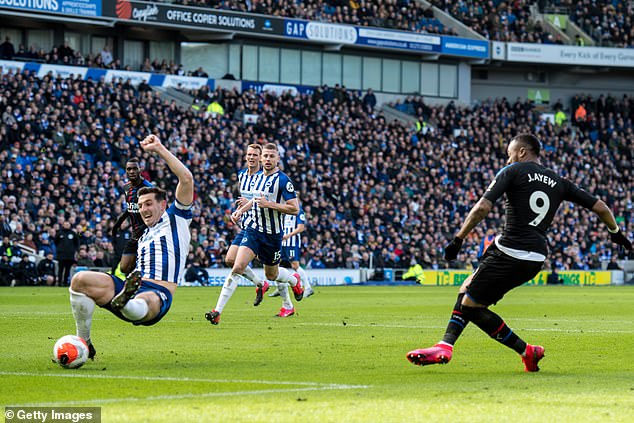 ‘If the Premier League was that simple that you sat down and predicted all the scores, who would be interested?’ Glenn Murray said. ‘No one had us winning away at Arsenal and playing the way we did so you just never know… you guys are talking like we’re relegated already but we’re not.’

This loss to Palace will hurt more than most because it’s their rivals, and they had the game in their grasp until Jordan Ayew’s goal. For all Albion’s possession and chances, only Norwich have won fewer games this season.

‘Every year we’ve been in the Premier League we’ve been fighting for survival so it’s nothing new to us,’ Murray said.

The only problem? Solutions need to arrive quickly. 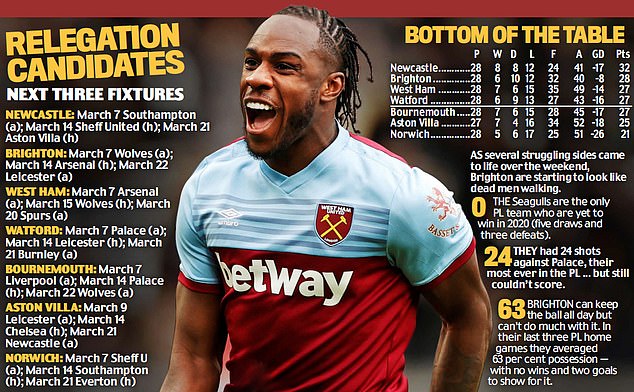