Match report as Yves Bissouma and Steven Alzate’s goals set up Brighton clash with Brentford or Leicester in FA Cup fifth round; midfielder Bissouma opened the scoring with a thunderous drive from 30 yards

Yves Bissouma’s stunning strike helped Brighton avoid an FA Cup upset as they scraped into the fifth round with a 2-1 win over League One Blackpool.

Albion midfielder Bissouma, who has been linked with a host of Europe’s top clubs in recent weeks, underlined his undoubted ability by opening the scoring with a thunderous drive from fully 30 yards.

Albion’s narrow victory books a fifth-round trip to either Brentford or Leicester and provides a timely confidence boost ahead of Wednesday’s top-flight showdown with fellow strugglers Fulham. 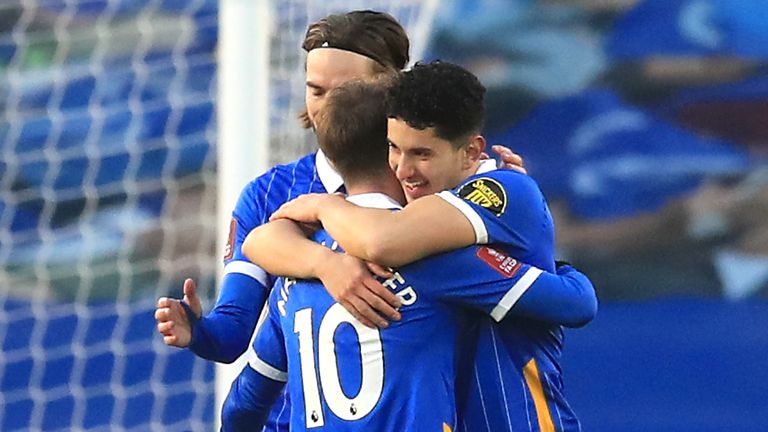 Graham Potter’s men, who sit five points above the 18th-placed Cottagers, knew all about the dangers of lower-league opposition having been taken to penalties by League Two Newport in round three.

Blackpool, meanwhile, travelled south seeking to spring another surprise by adding to their shootout success over West Brom.

Potter and Seasiders boss Neil Critchley each opted for six changes for the first meeting of the clubs in cup competition.

Brighton’s alterations included a first appearance for the club since May 2015 for goalkeeper Christian Walton, while recent arrivals Percy Tau and Andi Zeqiri were given chances to impress in attack.

Walton, who has had seven loan spells away from the Amex Stadium, was pressed into action inside 18 minutes when he pulled off a superb stop to turn away a Luke Garbutt free-kick.

Albion were dominating possession but needed a moment of magic from the recalled Bissouma – who is reportedly a target for Real Madrid, Arsenal, Liverpool and others – to spark life into the contest. 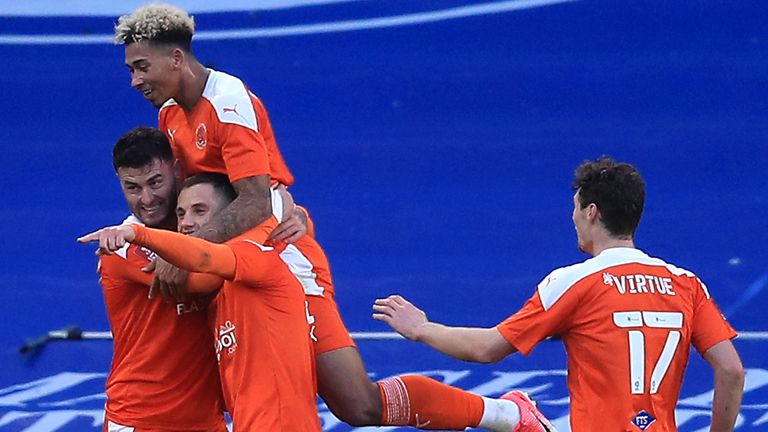 Head coach Potter would have hoped to see his team build on the fine individual effort but any thoughts of an easy ride were wiped out moments before the break.

Former Everton man Garbutt found space on the left to deliver a dangerous cross, leaving striker Madine to poke his third goal in four games past Walton from close range.

The equaliser proved to only be a temporary inconvenience for the Seagulls as they restored their lead 13 minutes after the restart, albeit with a large slice of luck.

Alexis Mac Allister took aim from range on this occasion but, unlike Bissouma’s eye-catching effort, the shot required a hefty deflection off Alzate to deceive visiting keeper Chris Maxwell and roll into the bottom left corner.

Blackpool never really looked like forcing extra-time and probably should have lost by a greater margin.

Unmarked Seagulls striker Neal Maupay wasted a golden chance to put the result beyond doubt seven minutes from time when he blasted straight at Maxwell after being picked out by fellow substitute Leandro Trossard, while Davy Propper also went close.

The missed opportunities mattered little in the end as Brighton registered a first home success since mid-September ahead of their tantalising league clash with Scott Parker’s Fulham.

The FA Cup schedule has been confirmed, with the final set to take place at Wembley on Saturday May 15.

There will be no replays this season to help ease fixture congestion.