Brentford open talks over £9.3m move for right-back Vanderson from Brazilian side Gremio with Arsenal and Tottenham previously monitoring the 20-year-old

Gremio have confirmed they have received an offer for right-back Vanderson after Brentford opened talks over a £9.3million deal.

The Brazilian club’s vice president Dennis Abrahao said: ‘Vanderson, we received a proposal which is being discussed with the club and his agent. We are waiting for them to define the business.’

Gremio are looking for a further £2.5m in add ons for the 20-year-old who has been watched by Arsenal and Tottenham also.

Brentford have opened talks over a £9.3million deal for Vanderson (above) from Gremio

Brentford have followed the defender for some time and tried to sign him in August when Gremio were looking for £13.5m.

Vanderson has yet to be capped by Brazil at full international level and the move will be subject to a work permit. He is strong going forward and good at taking set pieces.

Brentford have made an excellent impact on their first season in the Premier League and owner Matthew Benham is keen to strengthen the squad ahead of the second half of the season.

Talks are continuing with Vanderson and his representatives but all parties are hopeful of concluding a deal for January. 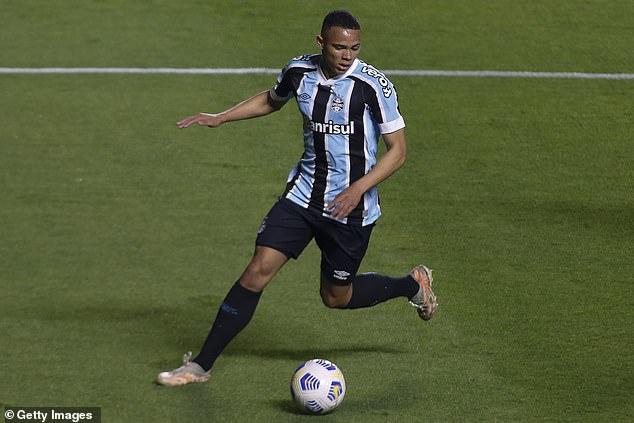 The Bees tried to sign the right-back in August when the Brazilian side were looking for £13.5m