Brentford 2-1 Valencia: Premier League new boys mark the official opening of their new stadium in style after coming from behind to beat Spanish side with goals from Ethan Pinnock and Frank Onyeka

Premier League new boys Brentford marked the official opening of their new stadium with a victory against Valencia.

The Bees warmed up for their opening league clash, at home to Arsenal on Friday, courtesy of second half goals by Ethan Pinnock and Frank Onyeka in the friendly at the Brentford Community Stadium.

It was a strong line-up ahead of Brentford’s first appearance in the top tier since 1947, despite a pre-match surprise over the omission from the squad of Ivan Toney. The striker, who netted 31 times in the Championship last term, had put out a statement reaffirming his refusal to take the knee, a stance he has observed since February. 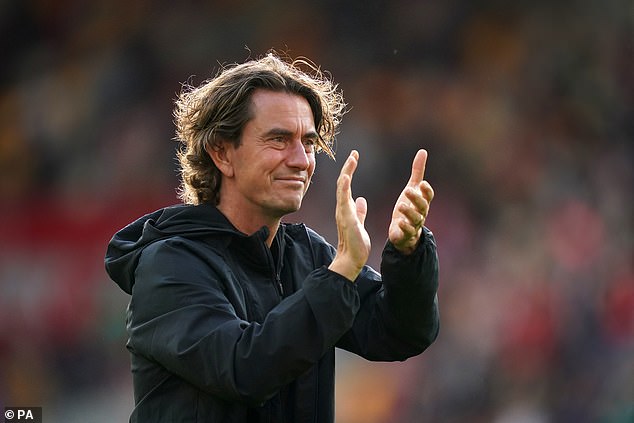 While Toney’s teammates all took part in the gesture, the 25 year old, who cost £10m from Peterborough United almost a year ago, was a curious absentee as he feels there has ‘not been enough positive change that supports black people in football and society in general.’

There was a home debut for defender Kristoffer Ajer, Brentford’s £13.5m record signing from Celtic. And Toney’s replacement in attack, Marcus Forss, had the ball in the net in the third minute against Valencia – who finished 13th in last season’s La Liga – only for the effort to be ruled out by VAR.

Unfortunately for Ajer, he was exposed for the opening goal, scored by Diego Lopez 29 minutes. Eluding the static Norway international, the forward burst into the penalty area, before calmly slotting past exposed Brentford goalkeeper David Raya.

The Bees showed greater second half intent – and they levelled in the 65th minute. Pinnock rose to head powerfully past Valencia keeper Christian Rivero from eight yards out, following a corner by Sergi Canos. 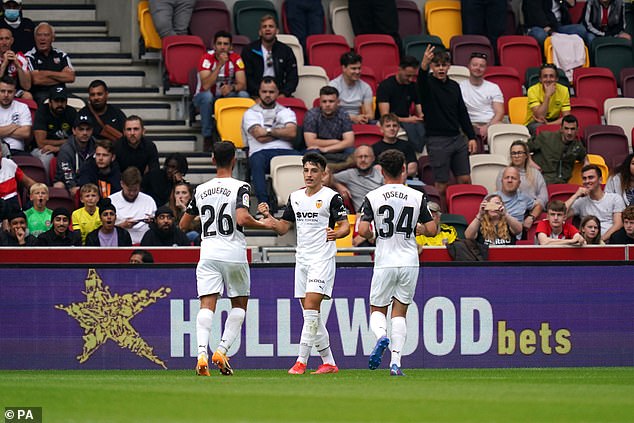