The Championship side parted company with Neil Warnock on Saturday but have acted quickly to bring in the 54-year-old, who will be joined by assistant manager Alan Knill.

The four-time promotion winner has managed more than 1,000 games across his career and joins Boro ‘with immediate effect’ and could take training as early as Tuesday. 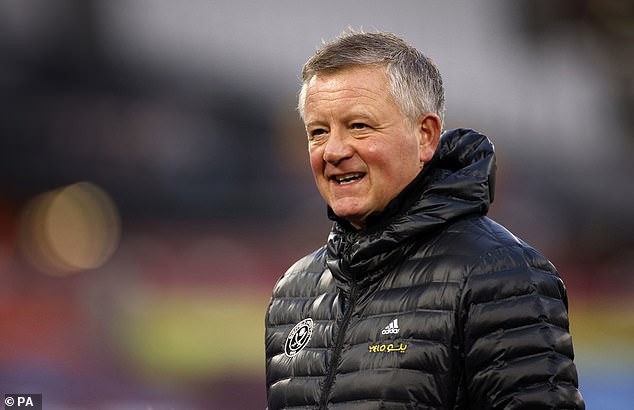 Wilder joins the North East side in 14th, comfortably mid-table – ten points off the relegation zone and just four points off the play-offs in a congested middle section of the Championship.

Former Sheffield United and Rotherham defender Wilder was named LMA Manager of the Year after finishing ninth in the Blades’ first campaign back in the top-flight, but left the club by mutual consent in March 2021 with the side rock bottom.

Warnock, 72, was axed after his side secured a 1-1 draw away at promotion-chasing West Bromwich Albion, having been informed of the decision before the match and chosen to take charge at the Hawthorns. 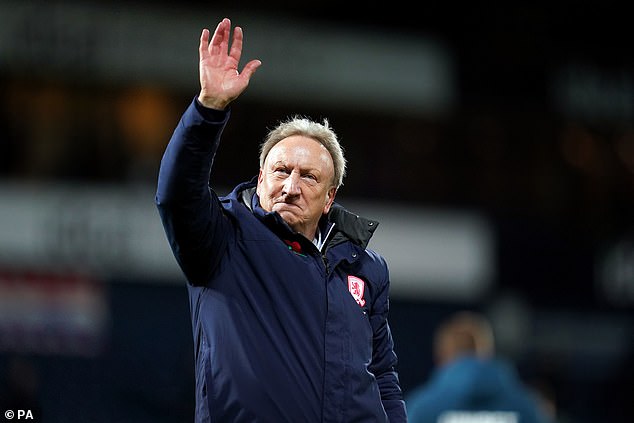 Wilder replaces Neil Warnock, 72, who was axed on Saturday after a 1-1 draw with West Brom

A club statement read: ‘Middlesbrough FC have parted company with manager Neil Warnock by mutual consent. The decision was reached after talks between the two parties and Neil leaves the club with the best wishes of all.

‘Neil joined the club in June 2020 when he initially came in for our final eight games and secured our Sky Bet Championship status on the final day of the season. He also managed the club during the unprecedented and challenging season of 2020/21 when games were played behind closed doors.

‘Neil broke the record in English football earlier this week when he clocked up 1,602 games as an English manager, an amazing achievement that is unlikely to be beaten. The club would like to place on record its thanks to Neil and his staff for all their hard work during their time with us.’