In the build-up to a major tournament, a huge part of the excitement is imagining what might happen, and so often comes from memories of what happened before.

Every competition has its historical narrative, fired by touchstone moments of past, that set ‘truths’ about its core and what is to come. They also fire that very imagination, and questions about it all: who will actually fulfil their talent? Who will be the good side that once again flatters to deceive? Who’ll take the tournament by surprise by taking it by storm?

Given this was supposed to be international week, and we’re left imagining what might have happened, we’ve decided to imagine the greatest expression of the level: the World Cup. Or, not quite a World Cup. Rather, a structuralist, classic World Cup.

When you envisage how the game’s greatest show plays out, after all, what do you generally expect? Brazil being the force? Italy having one of their glorious campaigns or one of their calamities – it only ever seems to be one or the other? England losing on penalties? A previously little-known talent becoming the star?

As the international game’s greatest event, the World Cup has more of these narratively enriching characteristics than any other. So, what would this optimum World Cup look like?

To try and work it out, we both crunched the numbers and considered the major evocative moments that really left an imprint and became part of the competition’s heritage.

A modern 32-team tournament was decided upon to take in as many teams as possible, although many countries with rich histories still had to be left out. From there, and as with how it played out, selections were made on the basis of most successful performances and most qualifications. That meant Scotland just missed out, even though their high quantity of first-round eliminations is as much a trope as anything else. That was also despite a weighting towards Europe and South America – 16 of the former, six of the latter – in order to recognise the geographical bias of the World Cup’s history.

The eight seeds are naturally the eight previous winners of the competition, which means one of them must be the host. For many reasons at this time, we’ll naturally say it’s Italy, where two World Cups have taken place including one of the most memorably in history. Here’s how our structuralist World Cup plays out.

(teams listed in order of finish; groups are paired in order for last-16 ties)

Italy open the tournament with their traditional slow start, and the traditional early shock – a defeat to Ghana. They recover to resoundingly beat Paraguay before one of those intensely engaging matches against Sweden. A narrow late win sees them just beat Sweden to first place, and leave Ghana’s defiant players in tears. Paraguay – of course – subjected Ghana to a 0-0 draw in the other last-round match.

Germany motor their way past Korea and Colombia in those commandingly restrained group-stage wins they have made a habit of, that only foster the ominous sense they are saving something for the bigger games to come. They do have one of those group-stage classics with a 3-3 draw against Hungary in between, in a contest that evokes all the spirit of their 1954 final. The Hungarians of course have one of the richest World Cup histories of all, even if they have now not qualified since 1986, and would suggest enough to qualify past Colombia and Korea here with dazzling technical performances. Colombia meanwhile have one of their more common early funks, as in 1990, while Korea’s record is still dominated by disappointment. 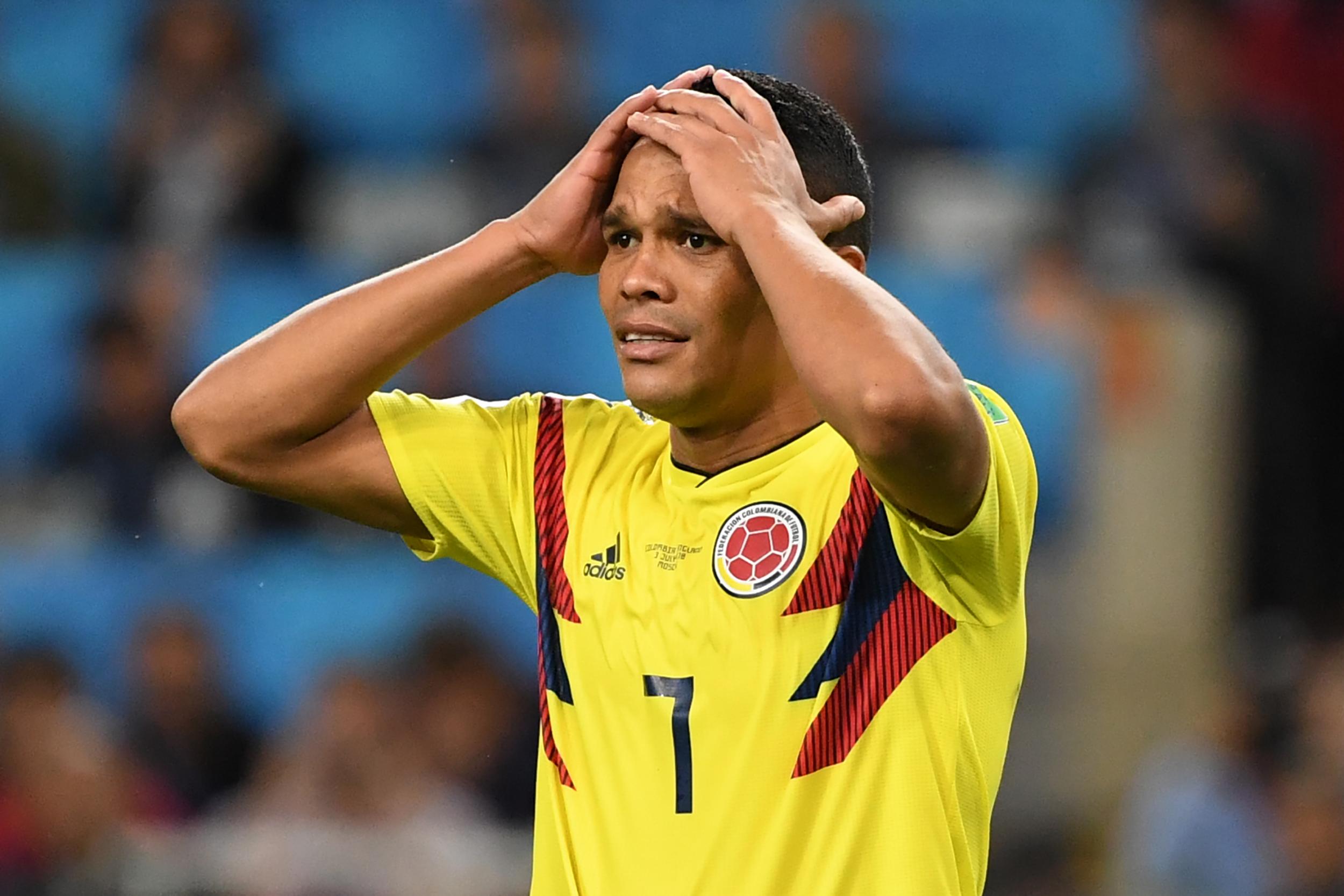 It is never easy for either England or Netherlands, but so often difficult in different ways. England open with an underwhelming but vital narrow win over USA, that brings criticism, especially as the Dutch eviscerate Cameroon in one of those statement opening performances. They follow it with a similar victory over USA, which only heaps the pressure on England after a poor draw against Cameroon. Now under threat of going out in a showdown with Netherlands, England respond with a vintage victory. It was helped by typical dysfunction in the Dutch camp, something that has been the case in five of their international tournaments, going back to their first in the 1974 World Cup. It means England just top the group.

The most played World Cup fixture of all time? Argentina-Nigeria in a group match. There have been two teams that have met more often, like Argentina and Germany, but never so much at the same stage. This has taken place five times. The structure of the draw, and geographical separation means it is close to inevitable. It has always inevitably seen one result: an Argentina victory. They have mostly mastered the group stages, and often claimed 100% records, which is what they do here. Nigeria put it to them since they have their own history of getting through to the second round. That doesn’t happen as often as might be considered with Croatia, and Poland’s record has been poor beyond their 1974 and 1982 surges 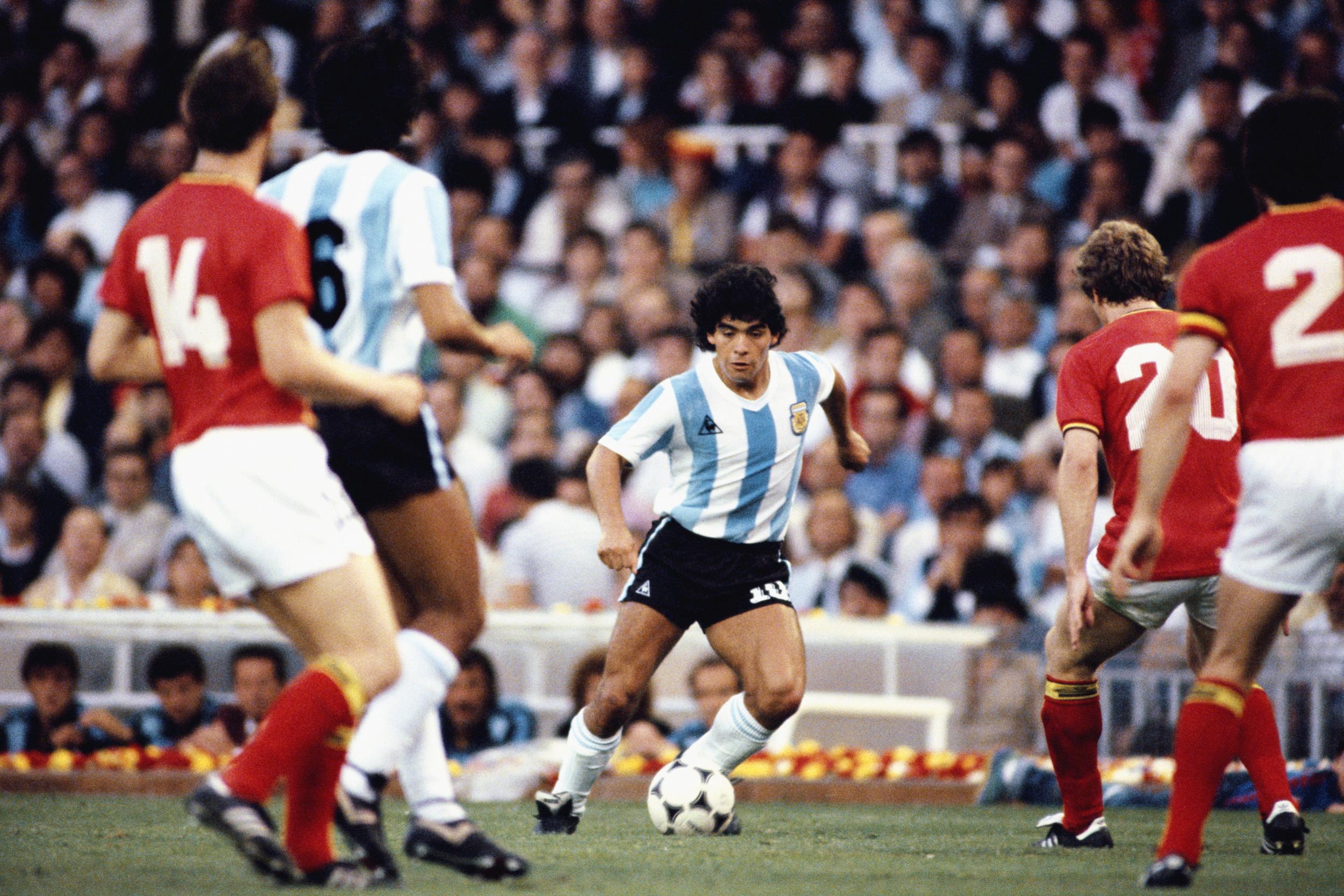 Russia are another country whose modern performances have obscured the fact they were once a mainstay of the latter stages. That hasn’t always been the case for France, who have often been underwhelming early on, leading to a draw with the Russians. The French follow it with low-scoring wins against Japan and Morocco, the latter only narrowly – and painfully denying the north Africans a place in the last 16 after beating bottom-placed Japan. That has been the case for many Moroccan campaigns.

One of those classically competitive groups that goes right to the wire with all four teams still in with a chance. The tightness is inversely caused by the chasm between styles. Uruguay typically dig in and make it difficult for everyone else, the Czech Republic dazzle with open football but only make it difficult for themselves. Portugal are closer to the Uruguayans in style and Mexico to the Czechs, but it is the two Latin Americans that find their way through. 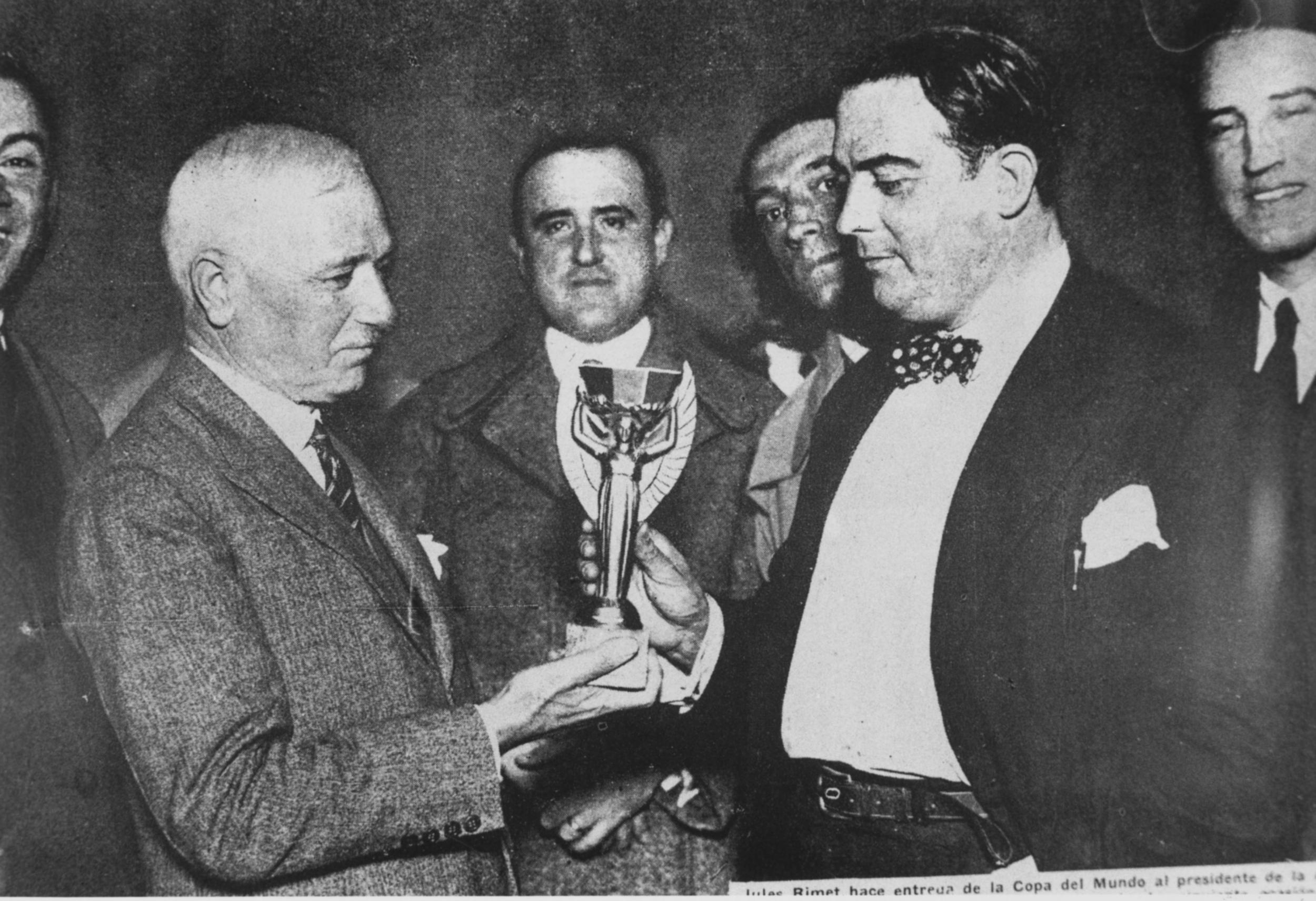 The Spanish start in that specifically tantalising but ultimately frustrating way, as they claim three thrilling wins from three. It’s a story that’s been seen before. So has Belgian frustration, as they squander the momentum of a brilliant win over Saudi Arabia to lose to a fully-firing Chile and go out.

Brazil, as they so often do, immediately and assertively announcing their talent, winning all three of their opening games well. Serbia, as they so often do, fail to fulfil their talent and “dark horse” tag by going out at the group stage. They draw in a turgid game with Switzerland, before losing to Costa Rica, who seem set for another surprising but impressive qualification for the last 16… only for the Swiss to grind out a late win against them to go through. 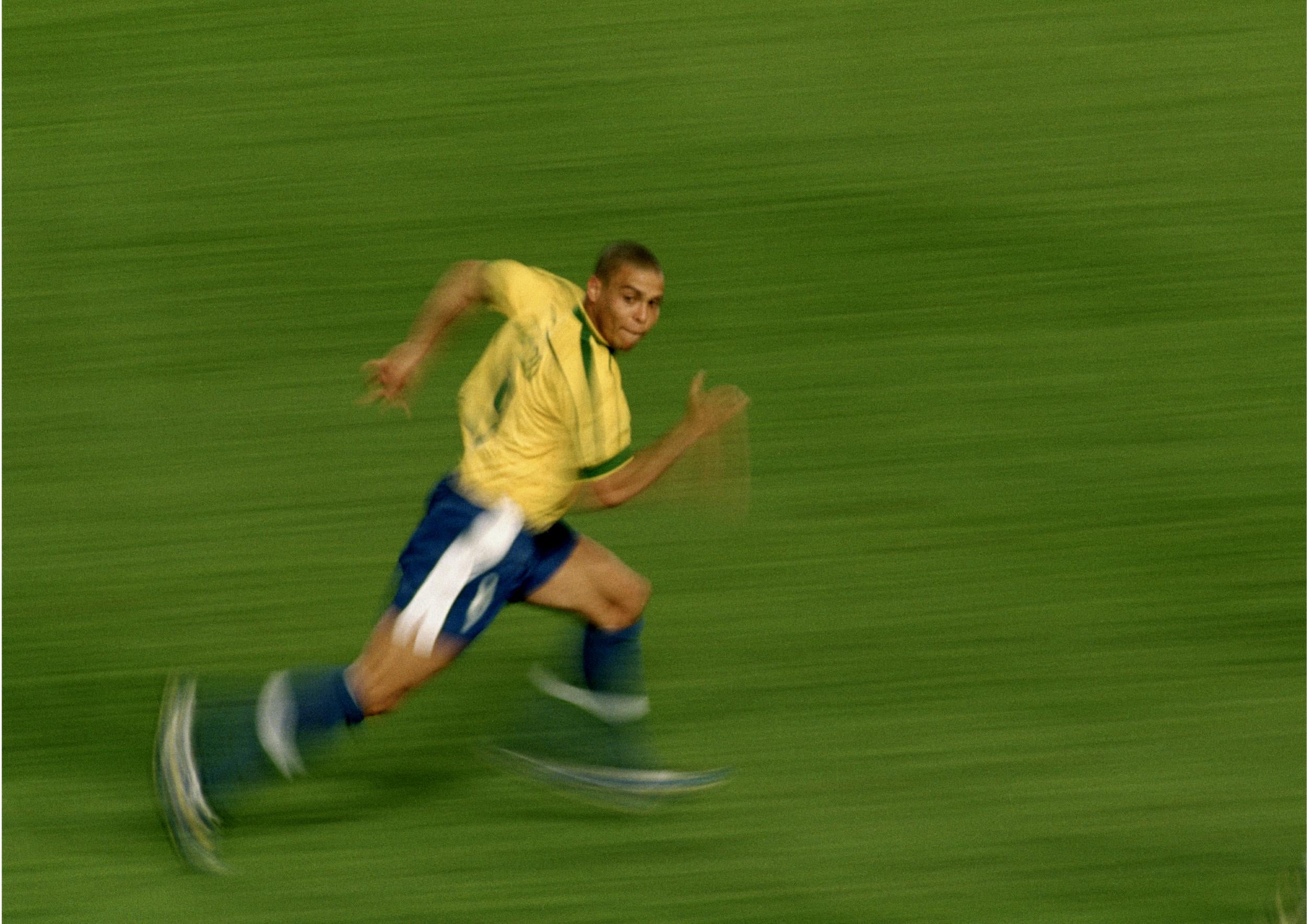 Italy start to pick up pace, and form, claiming the kind of thrilling win over Hungary they did in the 1938 final.

A tight match for Spain that raises big questions about their durability, but they do enough.

In their entire history in the World Cup, Mexico have only reached the quarter-final when they’ve been hosts, and have now been eliminated at the last-16 stage for seven successive tournaments. That is how it ends here, as they put it up to France, who just shut them down with a commanding win. 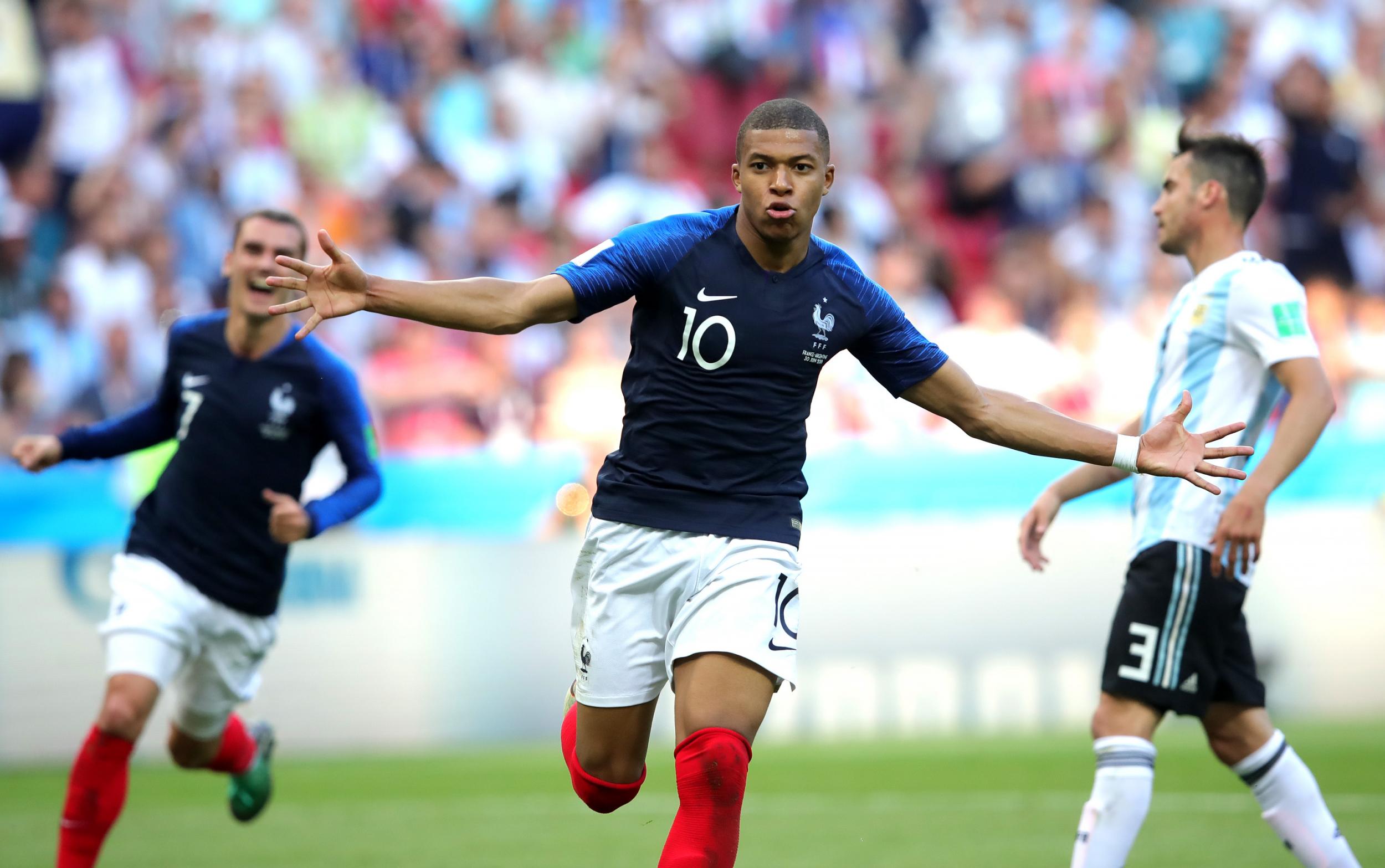 Bizarrely, the fixture that’s been played more than any other in the last 16. Brazil and Chile have met three times at this stage. It’s always ended the same way: a Brazilian victory. And a display of their quality.

The most 2-1 of 2-1 wins, as Sweden remain typically respectable opponents at this stage, but Germany remain too good.

A rip-roaring high-scoring game that illustrates the flaws in England, but also the strengths. Most of all there is the spirit of energy that defines the most memorable English tournaments. They go to extra-time to defeat a hugely entertaining Nigeria, who are once again frustrated at the last 16. 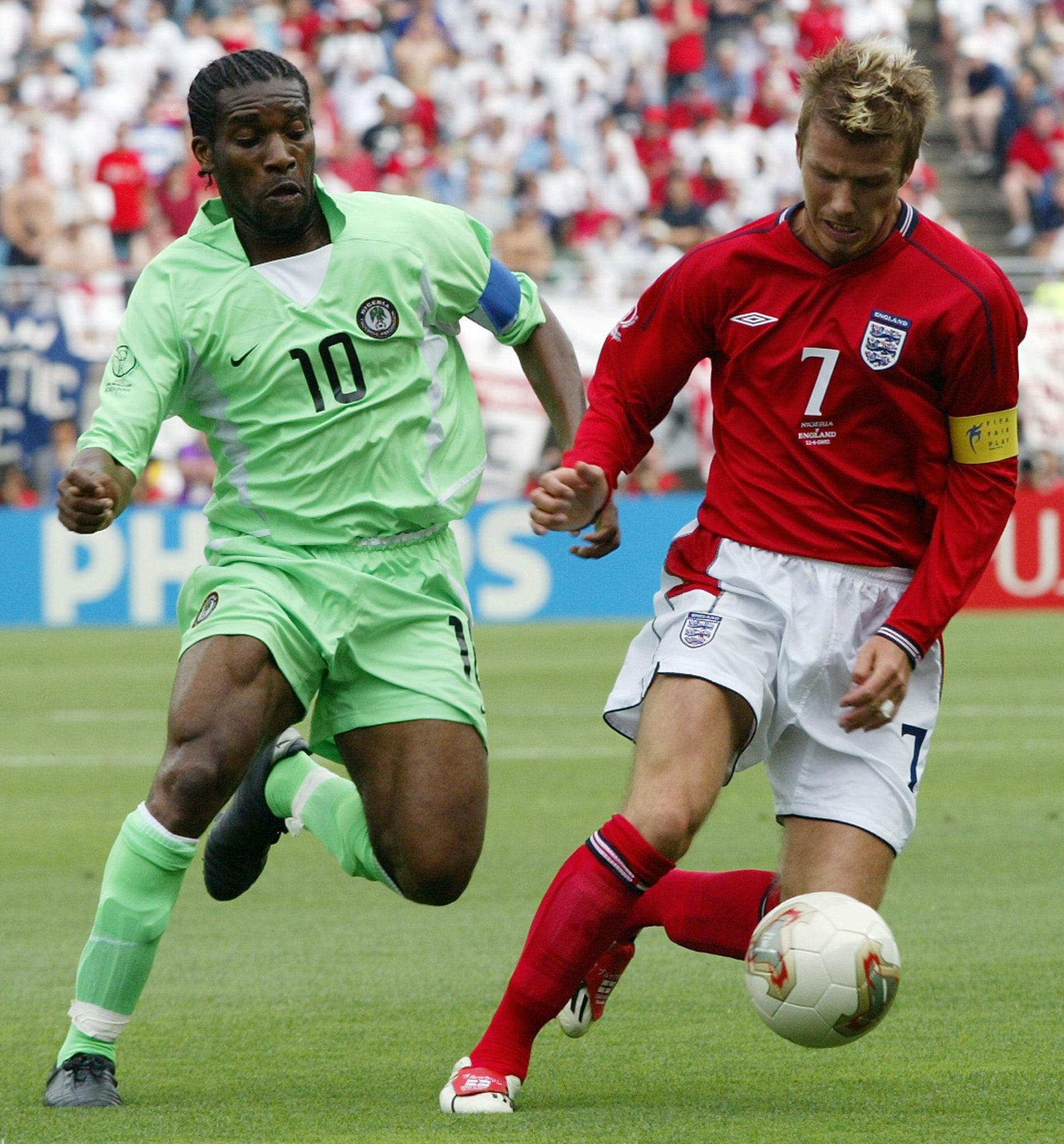 The first penalty shoot-out of the World Cup, as Uruguay put in a defensive masterclass before holding their nerve.

One of the games of the tournament, as well as one of those epic last-16 games between giants that is electrified by the fear of going out so early. The Dutch rally after the debacle of England to take a high-scoring game right to the end of extra-time, that tests all of Argentina’s own anxieties about their tournaments in many nervous moments. The game has its fitting crescendo, as a hugely controversial foul leads to a mass confrontation and red cards – but also to an Argentine winner. 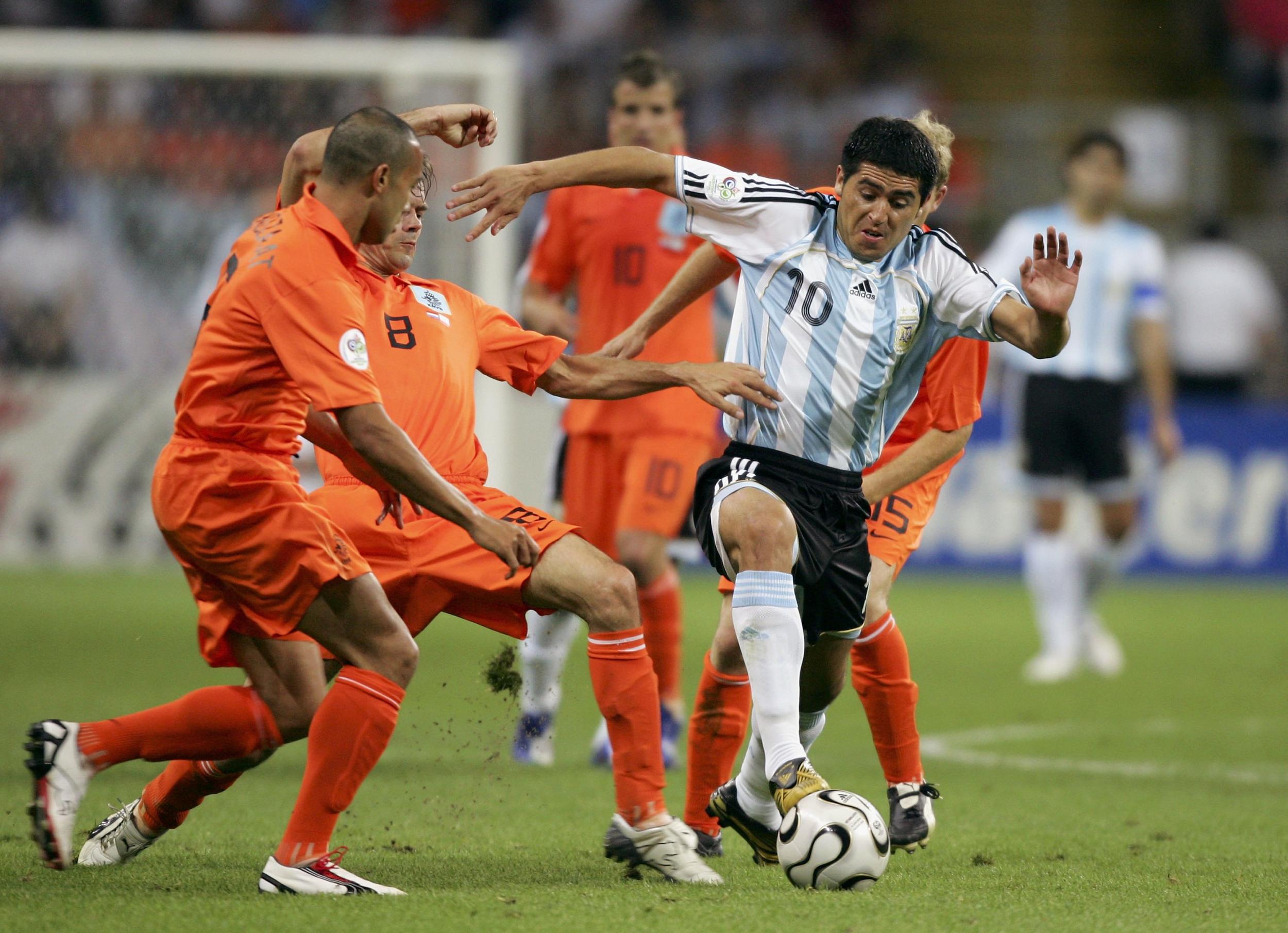 As is characteristic of the majority of Spain’s complicated World Cup history, their best performance actually leads to defeat and their worst feeling, that is only compounded by a long-term complex about Italy. The Italians are often forced to rely on all their defensive nous amid a siege, before their mercurial playmaker wins it late on in another classic.

France never really get going, Brazil always have too much. A quarter-final that never lives up to its billing – much like the French side.

The quarter-finals. The Germans. There’s only one way this is ending. A penalty shoot-out defeat for England, after a contest that pushes emotions – as well as performances – to the very limit. 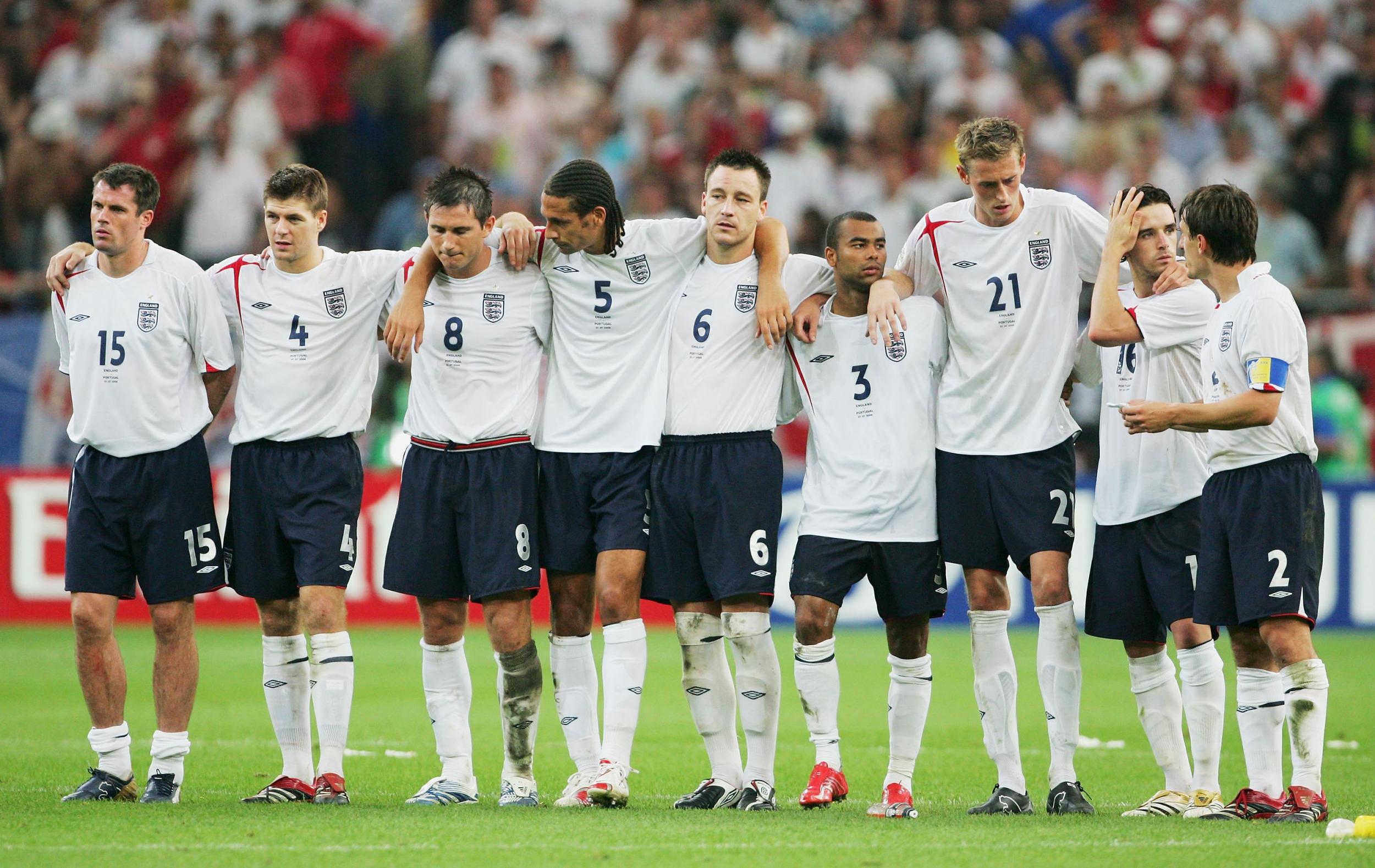 A bad-tempered international derby with so many stoppages, and cards. Argentina just have too much class, though, as they find the winner in extra-time.

An intense clash of styles, that evokes the finals these two teams have played in the past. Italy take it all the way to extra-time, but Brazil – for the first time in the knock-out stages – take it to another level. 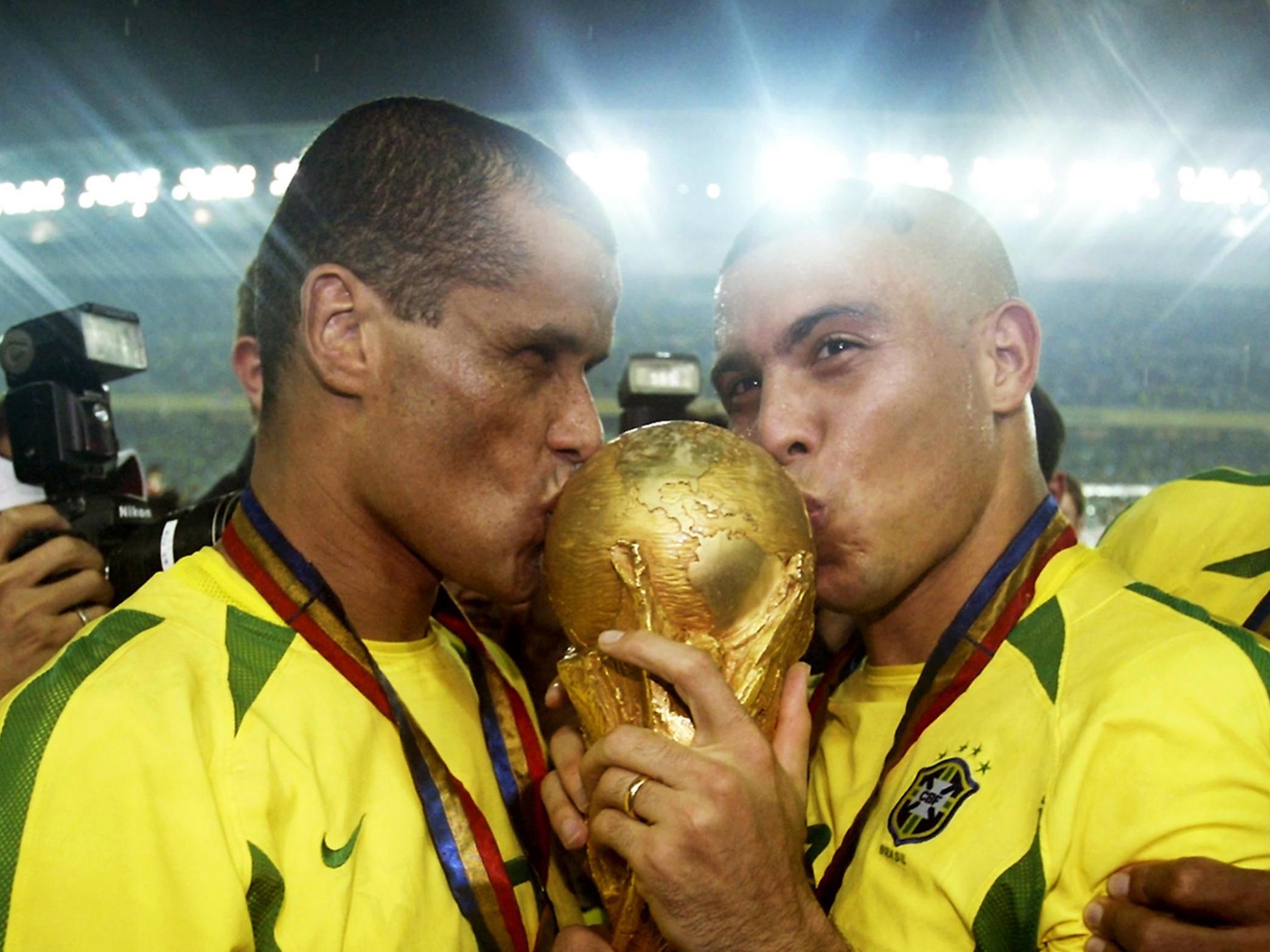 For the two teams with by far the greatest World Cup pedigrees, and more final appearances than any other, Germany and Brazil have actually only met twice in entire history of the competition. They’ve only met once in the final, and it was that that gave Brazil their record fifth win. It is why, in a structuralist classic World Cup, there can only be one winner. Like most finals, it is an engaging game only because of the tension and the stakes rather than the tenacity of the football. Like most Brazilian sides, they are much more pragmatic than presumed, but they have that precious eternal extra class.