Bournemouth have reportedly decided that they will not appoint John Terry as their new manager. The former England captain was earmarked as one of the names in contention earlier this week, as the Cherries look to identify Jason Tindall’s successor.

The 43-year-old was relieved of his duties a week ago after just six months in charge on the south coast.

Tindall replaced Eddie Howe in the summer and guided the club into the automatic places in the Championship before his side suffered an alarming dip.

The results were not deemed acceptable by the Bournemouth board who pulled the trigger and are now eyeing his replacement as they target promotion.

Terry was thought to be one of the favourites for the role but according to The Athletic’s David Ornstein, Bournemouth have decided they will not be appointing the Chelsea legend.

Aston Villa remain unlikely to stand in Terry’s way should the right opportunity present itself.

Dean Smith confirmed last week that Terry remains happy as his No 2 and is not actively pursuing new opportunities.

“But ultimately, he’s come in to learn the trade to ultimately become a number one.

“There’s been a lot of speculation over JT, he’s really enjoying his work, he’s a big part of why we’re having a successful season this year, but if JT comes into me and asks me whether he can go then that’s another conversation I have with Johan Lange and Christian Purslow.

“But, at the moment he is happy to be at Aston Villa.”

Terry was also previously considered for the Bristol City job last summer but instead stayed with Villa, who have made huge strides in the Premier League this season.

The Athletic also report that Frank Lampard would have found himself under consideration but he has decided that a return to management is too soon at this stage.

Lampard was relieved of his duties at Chelsea just over two weeks ago, before being replaced by Thomas Tuchel.

He is currently spending time with his family and his wife Christine is currently expecting their second child which is due in April. 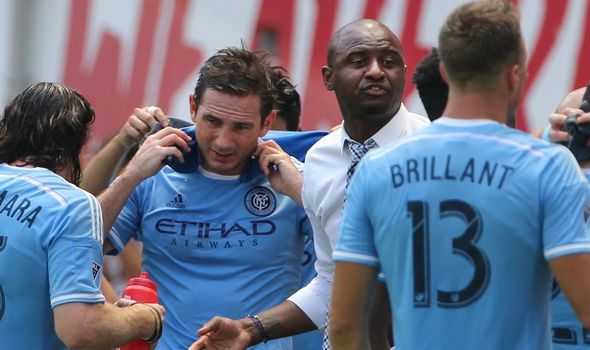 Former Arsenal midfielder Patrick Vieira, who battled against Lampard and Terry plenty of times in his playing career, is also in the fray.

The Frenchman was sacked by Nice last year and has also managed New York City during his managerial career.

Now he is keen to return to English shores and has previously been interviewed by both Arsenal and Newcastle.

Former Huddersfield boss David Wagner is one of the other names under consideration.

He took the Terriers up to the Premier League in 2017 before eventually moving onto Schalke, where he was sacked earlier this season.