The Betfred Cup will begin in October with the final in February, the SPFL has confirmed.

The group stages will start on October 6 with the next two rounds taking place before the end of the year.

The semi-finals will be staged on January 23 and 24 with the final at Hampden Park on February 28.

All 42 member clubs have confirmed their participation and the SPFL will be liaising with the Highland League and Lowland League about the possibility of their champions Brora Rangers and Kelty Hearts, also taking part in the competition.

“Last season’s Betfred Cup was a hugely successful competition and we are looking forward to the same combination of excitement and passion this season,” said Doncaster. “The process of scheduling the SPFL’s premier cup competition has been made much more difficult this year due to the disruption caused by Covid-19, but we are delighted to be in a position to confirm five uninterrupted rounds of fixtures once again.

“The innovations made to the competition in the last few seasons have proved to be a real winner with clubs and supporters alike.

“We wish all the clubs the best of luck in their quest to reach next year’s final.”

The Scottish Premiership will resume on August 1 with the lower leagues beginning in October. 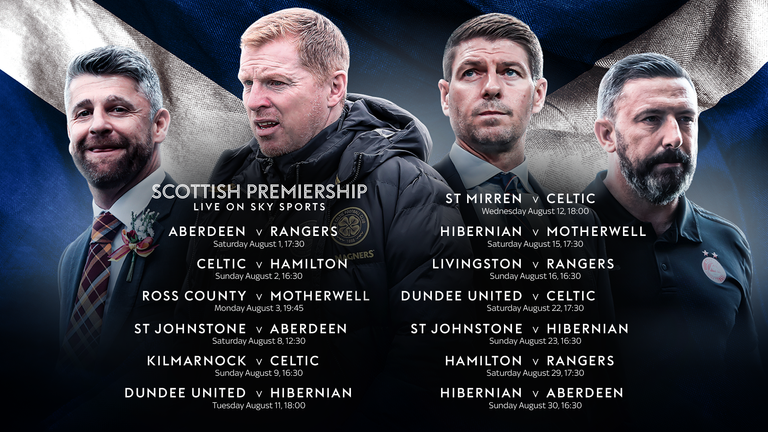 Sky Sports, the new home of Scottish football, will show every club in the Scottish Premiership live in the opening month of the new 2020/21 season.

The new season kicks off on Saturday August 1, with Steven Gerrard’s Rangers up against Aberdeen in front of the Sky Sports cameras. Champions Celtic will host Hamilton live on Sky on Sunday August 2, with Motherwell’s trip to Ross County also selected from the opening weekend.

Sky Sports will be the only broadcaster to offer live coverage of the Scottish Premiership, with up 48 games available over the campaign.