Bayern Munich winger Leroy Sane has been ruled out of action for at least the next two matches with a knee injury.

And Bayern coach Hansi Flick revealed on Tuesday that the 24-year-old’s new problem is on the same knee. 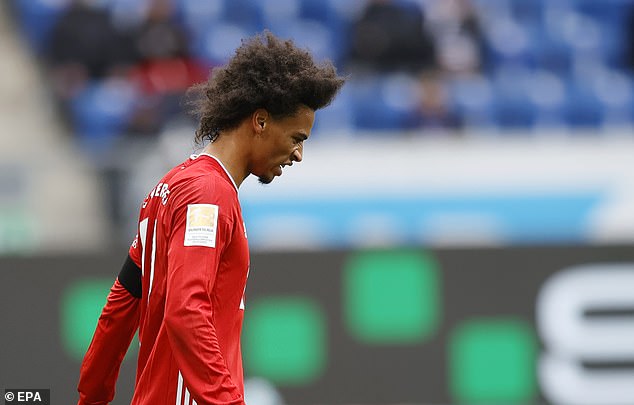 Sane could also possibly be out of the rescheduled German Cup first-round match against Duren on October 15.

‘Leroy is out. Hopefully he will be back after the international break,’ Flick said.

‘He’s got a capsule injury in his knee.’ 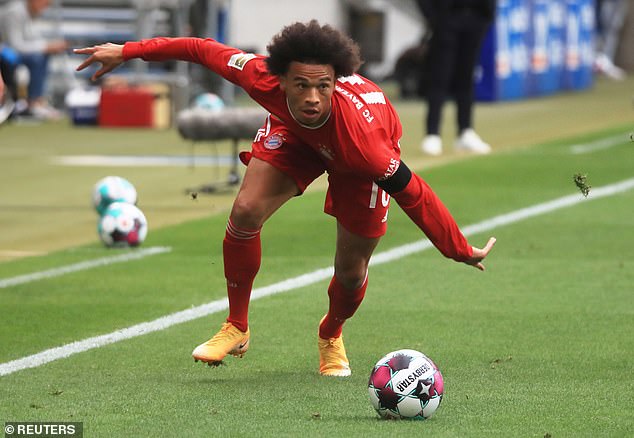 Sane, who played for 73 minutes in Bayern’s 4-1 defeat by Hoffenheim on Sunday, which ended a 32-game unbeaten run, is also likely to miss Germany’s Nations Cup matches against Ukraine on October 10 and Switzerland three days later.

Sane joined Bayern from City after putting his name to a five-year contract in July.

He has scored one goal and contributed two assists in his first three appearances for the German champions.