Barry Ferguson questions the merits of the Scottish pyramid system if his side Kelty Hearts are denied their shot at promotion to SPFL League Two.

The former Rangers midfielder has been in charge of the Lowland League leaders since 2018 and acknowledges that, as a return to football remains unclear, any resolution will not be without its critics.

Under the latest SPFL proposal outlined on Wednesday, Kelty and already-confirmed Highland League champions Brora Rangers would miss out on the chance to replace Brechin City in the fourth tier.

“You can’t relegate Hearts, Partick Thistle and Stranraer and let Brechin go into a play-off game to see whether they can stay in the SPFL or whether they go down into the Lowland League.

“There are big decisions to be made. We have invested a bit of money this year, we have worked really hard, as have all the clubs in the Lowland League.

“We have tried to do things right and if we are going to be denied an opportunity to get into the league, it will be very disappointing.

“I’d rather win the league fair and square and play the games but look, I’m a realist, I know the games are not going to be played anytime soon.

“Bonnyrigg are close behind us, they have had an excellent season as well, but, as it stands, we are sitting top of the league with the most points.”

Any decision the Lowland League takes could closely follow decisions made by the SPFL, particularly if promotion and relegation are scrapped completely. 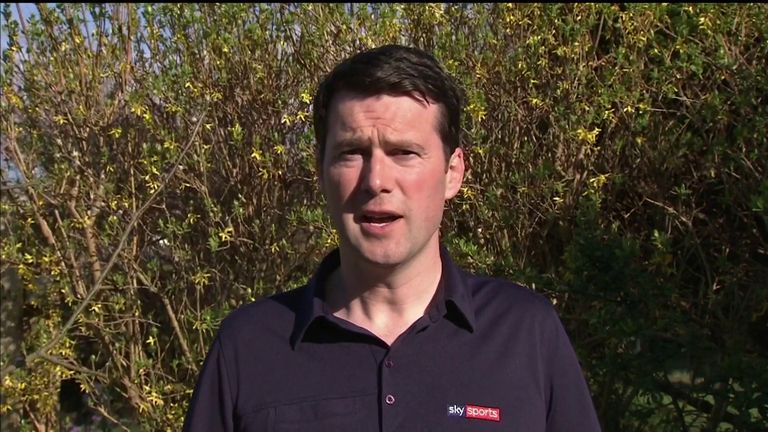 Any outcome in the Premiership though may be tied to UEFA and whether they allow leagues, particularly top divisions, to decide how to end their seasons as such decisions will impact qualification for European tournaments.

Ferguson believes the unprecedented situation facing football has inadvertently presented the Scottish game with an opportunity to restructure the league system.

It is something that the 42-year-old says he has personally been an advocate of for some time and could involve suspending relegation for this season and allowing sides in promotion positions to move up the leagues.

“There is a way to keep the vast majority of clubs happy and that is to try and reconstruct the leagues in Scotland,” Ferguson said.

“I’ve been saying it for the past 12 to 18 months. It’s about time we try and do something with our leagues and try and make it more interesting. This is the perfect time now.”

On Rangers, Celtic winning nine in a row, and Scottish finances

Future proposals could see Celtic automatically awarded a ninth consecutive title, if the Premiership takes a similar line to that being voted on in the other three divisions.

Rangers came back with a counter-proposal of their own aimed more at allowing clubs access to prize money now to alleviate some of the financial pressure incurred during football’s enforced shutdown.

Rangers also released a statement labelling moves in the Championship, League One and League Two to end the season as it stands as “abhorrent”.

Ferguson would welcome a full 42 club consultation but conceded as far as the top-flight title race is concerned, there is little doubt that Celtic have been the better side this season.

However, he says that he would not have welcomed such a decision if he was still a player.

“If I put myself in the dressing room and Celtic were awarded the title, of course you would not be happy with it,” Ferguson added.

“Celtic are 13 points clear and there is no doubt that they have, certainly since the winter break, been the form team and kicked on as Rangers have been disappointing.”

He was also quick to acknowledge that Scottish clubs, the vast majority of whom have already deferred wages or furloughed staff, will be struggling financially and hopes clarity will follow soon.

Related posts:
Previous Post: Messi admits Henry left him so starstruck that he couldn't look at him
Next Post: Wright Thompson: Walking the Masters in memory of my father