Barcelona are interested in the signature of highly-rated Lazio centre back Luiz Felipe this summer.

The Brazilian’s performances have impressed many this season and Barcelona see him as a long-term successor to veteran Gerard Pique, who turned 33 in February this year.

Now La Gazzetta dello Sport are reporting that the Catalan giants would have to fork out 40 million euros (£34m), to bring the defender to the Nou Camp.

This would be 40 times the price Lazio signed the centre-back for, after the Serie A side paid just one million euros (£86k) to sign Felipe in the summer of 2016.

That price has proven to be a bargain as the 23-year-old has been a revelation for the club this season, making 23 appearances in all competitions for the title-chasing Biancocelesti.

Despite the Serie A season being halted by the coronavirus pandemic, Lazio currently sit one point behind reigning champions Juventus with 12 games to go.

And Felipe’s influence on that Lazio team has stood out to Barcelona, who are looking towards the future. 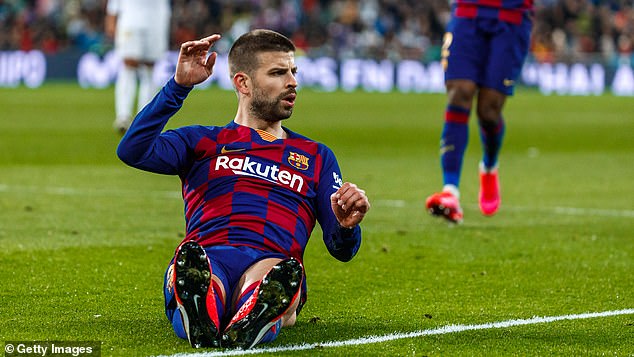 However Umtiti has been plagued by injuries over the past two seasons while Firpo is naturally a full back and has only been moved into the centre as cover.

Since joining the Italian capital, Felipe has helped his side win the Coppa Italia in 2018 as well as two Italian Super Cups in 2017 and 2019.

The defender is also rising through the Brazilian youth team ranks, having rejected the chance to be called up for Italy’s U21 side in March 2019.

Felipe preferred the chance to play for his birth country and has made two appearances at both U20 and U23 level.