Barcelona have refused to apologise to UEFA chief Aleksandr Ceferin over their involvement in the European Super League and are willing to take their case to the Court of Arbitration for Sport if they are punished.

Barcelona, Real Madrid and Juventus are the last ones standing of the 12 clubs that signed up to the breakaway project in April, only for it to unravel when all six English sides plus Inter Milan, AC Milan and Atletico Madrid withdrew.

UEFA opened disciplinary proceedings against Barca, Real and Juve on Tuesday, prompting the three clubs to issue joint statements saying they would not bow down to pressure from the governing body. 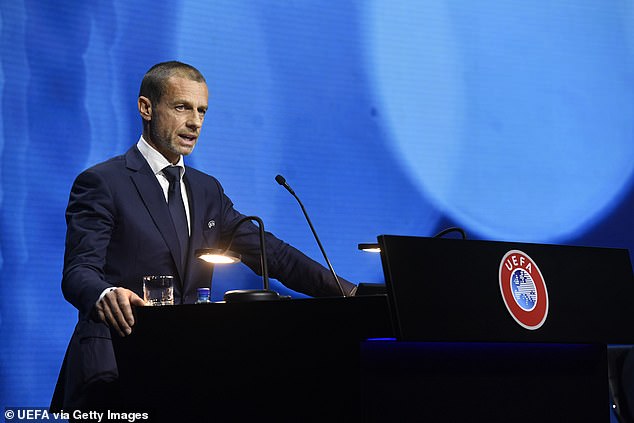 And Barca chief Joan Laporta stood his ground on Friday at a press conference, insisting there were no plans to back down over the ESL

‘I’ve told (UEFA president Aleksander) Ceferin that we aren’t going to say sorry. And we don’t plan on paying any sanction,’ Laporta told a news conference on Friday.

‘If we are sanctioned we’ll go to the Court of Arbitration for Sport (CAS), and I’m confident we will win.’

‘You know that the group of clubs who made the Super League, we made a ruling which permits us to organise competitions in the case we would like to do it.’ 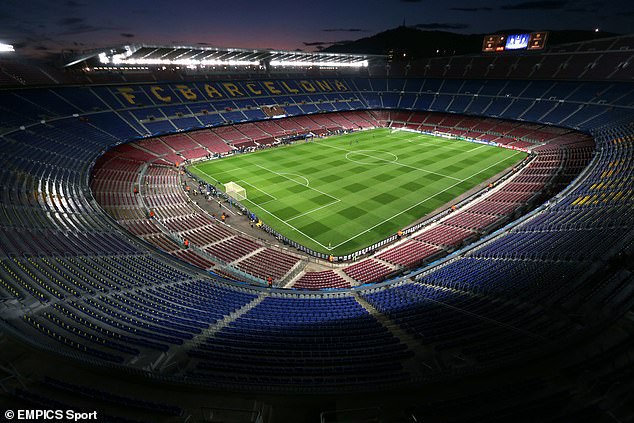 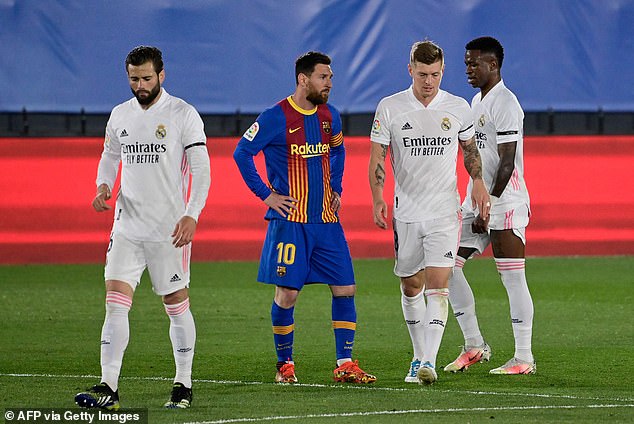 The Super League – intended as a rival to the Champions League and only involving a select group of elite sides – has dismantled at a fast pace, with organisers now looking to go away and reconsider their proposals despite most of their teams distancing themselves from the project.

The other nine teams have apologised and committed themselves to UEFA’s competitions, with Barca, Madrid and Juventus now in danger of getting into hot water with Europe’s governing body.

One of the sanctions could be a ban from the Champions Leaguem, and LaLiga chief Javier Tebas has warned its two major clubs that it will not intervene should UEFA decide to throw the hammer down on them. 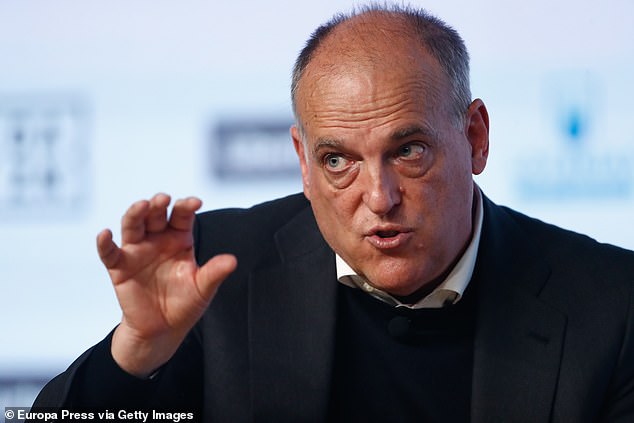 Javier Tebas, President of LaLiga, says he will not defend the Super League rebels if punished

‘We as a league, and as a president of LaLiga, we are not going to defend any Spanish clubs. That is, if they have to be sanctioned, they will,’ Tebas told journalists after a meeting of the European Leagues organisation.

‘The facts have nothing to do with nationality. What has to be sanctioned are the facts in themselves and they are very serious things that have happened. UEFA can decide with its disciplinary departments what they can sanction.