Barcelona legend Xavi and his wife have donated €1million to a hospital in Spain to help fight the coronavirus. Xavi, currently the manager of Qatar League side Al Sadd, and his wife Nuria Cunillera, donated the sum to the Hospital Clinic in Barcelona.

The hospital had launched a fundraising campaign in order to combat the virus so that money could be raised to buy material and fund research and investigation.

“Xavi Hernandez and Nuria Cunillera have made a donation of one million euros to the clinic to face up to Covid-19. Thanks a lot for your help and support… All together, we will get there,” the hospital tweeted on Saturday.

“Nuria and I, we support the Hospital Clinic of Barcelona’s fight against the coronavirus. Thanks to the donations they are receiving, the hospital has acquired equipment for patients and healthcare professionals,” Xavi said in a video posted on his Twitter account.

Xavi has been linked with the manager’s job at Barcelona and was approached for the role earlier in the season but decided the time wasn’t right. 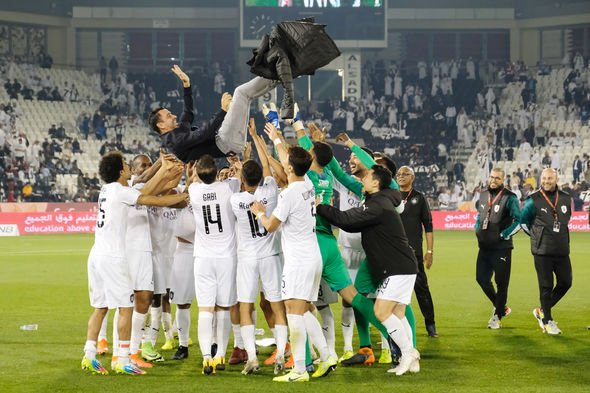 But he’s expected to take the hot seat eventually and even recommended players they should try and sign this summer in an indication he’s considering the role sooner rather than later.

“I’d sign wingers, like Neymar, I don’t know if he’d fit in because of social reasons,” Xavi said. “But as a player, I have no doubt he would be a spectacular signing.

“Barcelona already have players who can play inside but lack wingers like Bayern have. They don’t need a lot of new faces, Jadon Sancho, Serge Gnabry.”

And he admits he thinks Barca have the base of a team who can dominate for a decade.

He added: “A lot of the squad seem extraordinary to me. Starting with the goalkeeper, who seems to me the best in the world.

“Jordi Alba is the best left-back in the world for me, too.

“Pique the best centre-back, Busquets the best defensive midfielder and Messi, the best player in the world.

“If we add Suarez, De Jong and Arthur, there are players to triumph for 10 years at Barca. The base is very good.”

Related posts:
Previous Post: Why Man Utd think Odion Ighalo would be worth £70m in today’s transfer market
Next Post: What Man Utd have told Barcelona about Antoine Griezmann transfer