Portugal cruised to a 3-0 victory away to Azerbaijan in World Cup qualifying on Tuesday to move top of Group A.

Portugal were without Cristiano Ronaldo, who was suspended after picking up a yellow card while celebrating his second goal in their last-gasp 2-1 victory over Ireland last week, but his absence was not felt as first-half strikes from Bernardo Silva and Andre Silva plus a Diogo Jota header secured victory.

The visitors, who were rarely troubled throughout, took the lead after 26 minutes as Bernardo latched onto Bruno Fernandes’s deep cross to volley in at the back post.

Fernandes was heavily involved again as Portugal doubled their lead, this time his cross was turned across goal by Jota for Andre Silva, who tapped in from close range.

Jota then rounded off the victory 15 minutes from fulltime, heading in Joao Cancelo’s centre.

The victory takes Fernando Santos’s side to the top of Group A with 13 points – three ahead of their qualification rivals Serbia, who visit Ireland later on Tuesday. 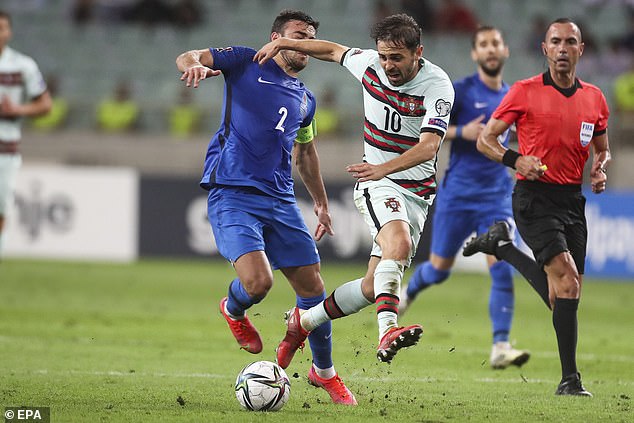 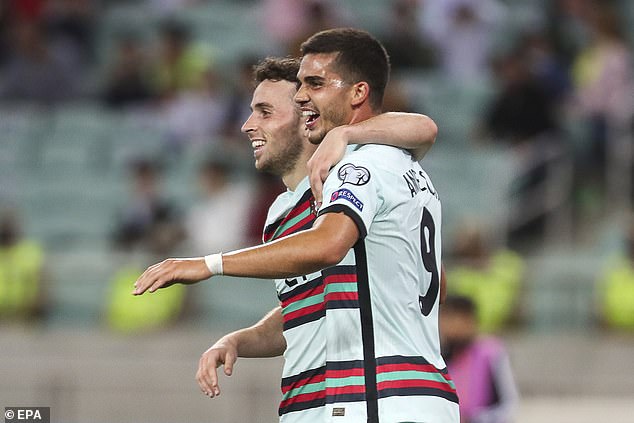