Atletico Madrid missed the chance to get back into the top four in La Liga when they were held to an entertaining 2-2 draw with third-placed Sevilla following a frantic first half.

Sevilla went ahead in the 19th minute through Dutch striker Luuk de Jong but Atletico levelled with a penalty from Alvaro Morata in the 32nd after a VAR review determined that Sevilla’s Diego Carlos had handled the ball.

Atletico took the lead four minutes later with a heavily deflected shot from Joao Felix, only for Sevilla’s Lucas Ocampos to level from the spot right before halftime after another VAR review decided he had been fouled by Kieran Trippier. 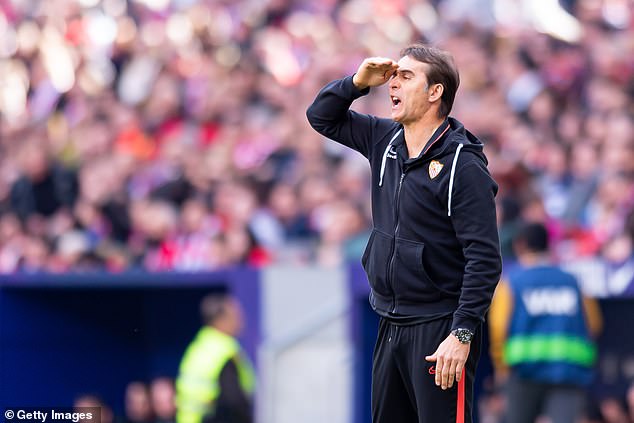 Diego Simeone’s side went all out for a winner after the interval but were unable to get past Sevilla’s impressive keeper Tomas Vaclik and had to settle for a draw which left them fifth on 45 points after 27 games. Sevilla are third on 47.

“We made a real effort to try and win the game both in the first half and in the second, we had more chances but we need to take them if we want to get into the Champions League places,” said Atletico captain Koke. 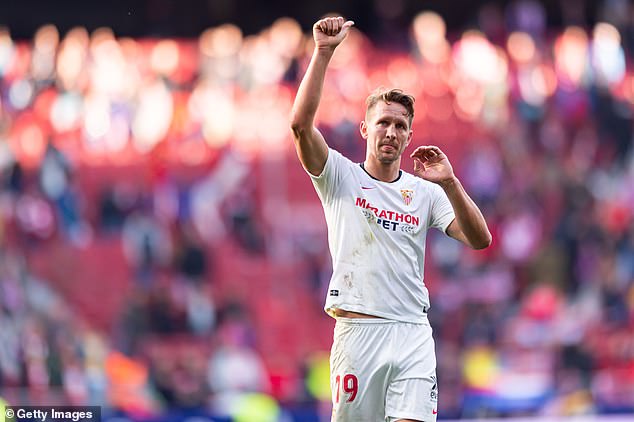 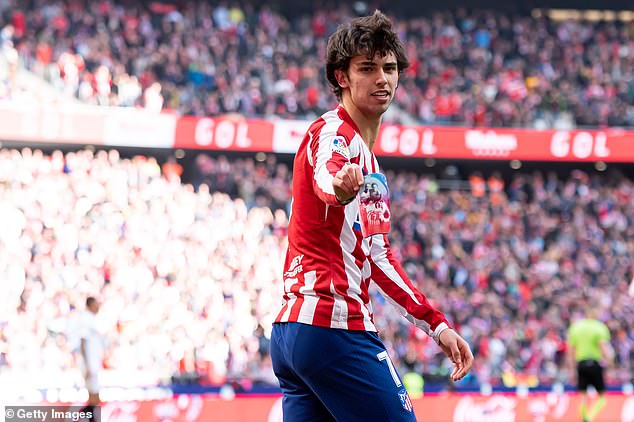 Atletico face a gruelling trip to Liverpool next week in a Champions League last-16 second leg but Simeone had little room to rest players on Saturday, given that his side are far from guaranteed to qualify for next season’s competition.

He did leave left back Renan Lodi out as a precaution, with the Brazilian carrying a muscle injury, but otherwise fielded a full-strength team who played with more joy in attack than in recent weeks but also left more holes at the back.

Atletico goalkeeper Jan Oblak did well to push away a shot from Sergio Reguilon just as it was about to cross the goalline in the first half, after De Jong had glided into the area and given the visiting side the lead with an emphatic finish. 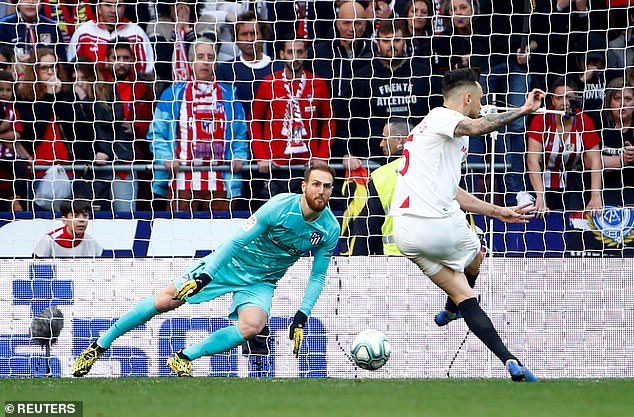 His opposite number was kept busier in the second half, denying Yannick Carrasco with a brilliant save although the Belgian forward should have scored moments later from close range but missed the target.